Keith Cox was a victim in the Virginia Beach municipal center mass shooting on May 31. Survivors claimed he saved lives before he lost his own. 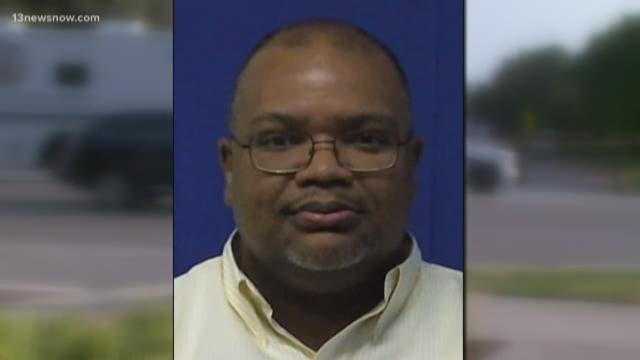 Congresswoman Elaine Luria on Tuesday announced the U.S. House will vote on a bill that will name a Virginia Beach post office in honor of Ryan “Keith” Cox.

Cox was one of 12 people shot and killed in the Virginia Beach Municipal Center mass shooting on May 31. For 12 years, he served Virginia Beach as an account clerk in the Department of Public Utilities.

His friends and his colleagues described Cox as a selfless man who put the needs of others before his own. He was also an active member of the Virginia Beach community.

“I am proud to have led this delegation-wide effort to honor Keith’s selfless actions and impact on our Virginia Beach community,” Congresswoman Luria said. “When we walk by that post office and see Keith’s name, we’ll think of his life-saving heroics. Congress can honor the bravery that emerged from this terrible tragedy by passing this bill into law.”

The post office that would be named after him is located at at 2509 George Mason Drive. Virginia’s entire U.S. House delegation has cosponsored the bill, which Congresswoman Luria introduced on June 17.

It is expected to receive a House Floor vote on Wednesday.

“I think that everyone in Virginia Beach has been very touched in one way or another by the tragedy that happened at the Municipal Building 2. The people who are impacted by this in their daily lives, use that post office. I think it will be a reminder of heroism and a very tragic moment,” said Luria.

Luria said that Cox is known in Virginia Beach as a hero.

"Keith Cox's heroism was remarkable and we started hearing stories about that immediately after the event, and it just seemed fitting that we remember him and the sacrifice he made,” said Luria.

"Cox tried to help the people and got everybody off to safety. So they should name it after him because he did something amazing that some people probably wouldn't do,” said Davis.

"Seeing the name will remind them of something good in a sense of what this man did. And maybe help them focus a little bit more on the good, rather than the bad. There are wonderful people who put other people in front of them, who will do what they can to help others, even at the risk of losing their lives,” said Asalone.