A newly revitalized entertainment district near the Oceanfront is part of a major plan to enhance an important industry for the city. 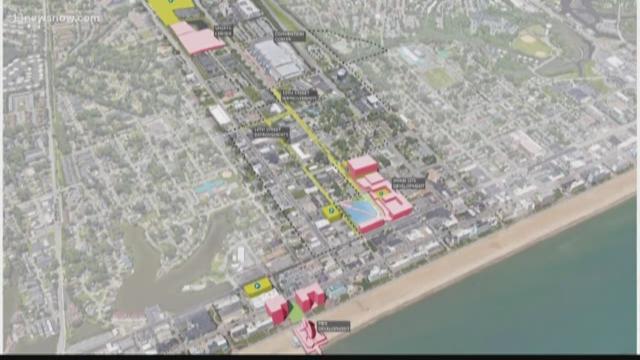 VIRGINIA BEACH, On Thursday, Virginia Beach city leaders held a public workshop on the future of the Entertainment District at the Oceanfront.

The Entertainment District is between 14th and 21st streets, bounded by the Oceanfront and Birdneck Road.

The projects discussed Thursday night include a new sports center, redevelopment of the old Dome site, and rebuilding the pier on 15th Street.

All projects are slated to be finished by the end of 2020.

Here’s a breakdown of how much those projects will cost and where the funding is coming from:

According to City Manager Dave Hansen, the public money was collected over a number of years through the Tourism Investment Program, which collected percentages of taxes on certain revenue and dedicated those funds to tourism-related projects.

This plan is part of the city’s larger concept called the Resort Strategic Action Plan, which identifies and develops distinct districts.

There are still several milestones left before Virginia Beach City Council gives final approval of the Entertainment District plan and officially chooses concept decisions. Those decisions could be made as early as this summer.

Hansen said the next area of focus will be the Southern Beach area around Rudee Inlet, but that won’t happen for several years.

If you'd like to have input, you can take a city survey here.