The lifeguards started getting ready for the arrival of Isaias. That included getting people in the mindset to be careful in the water well ahead of the storm. 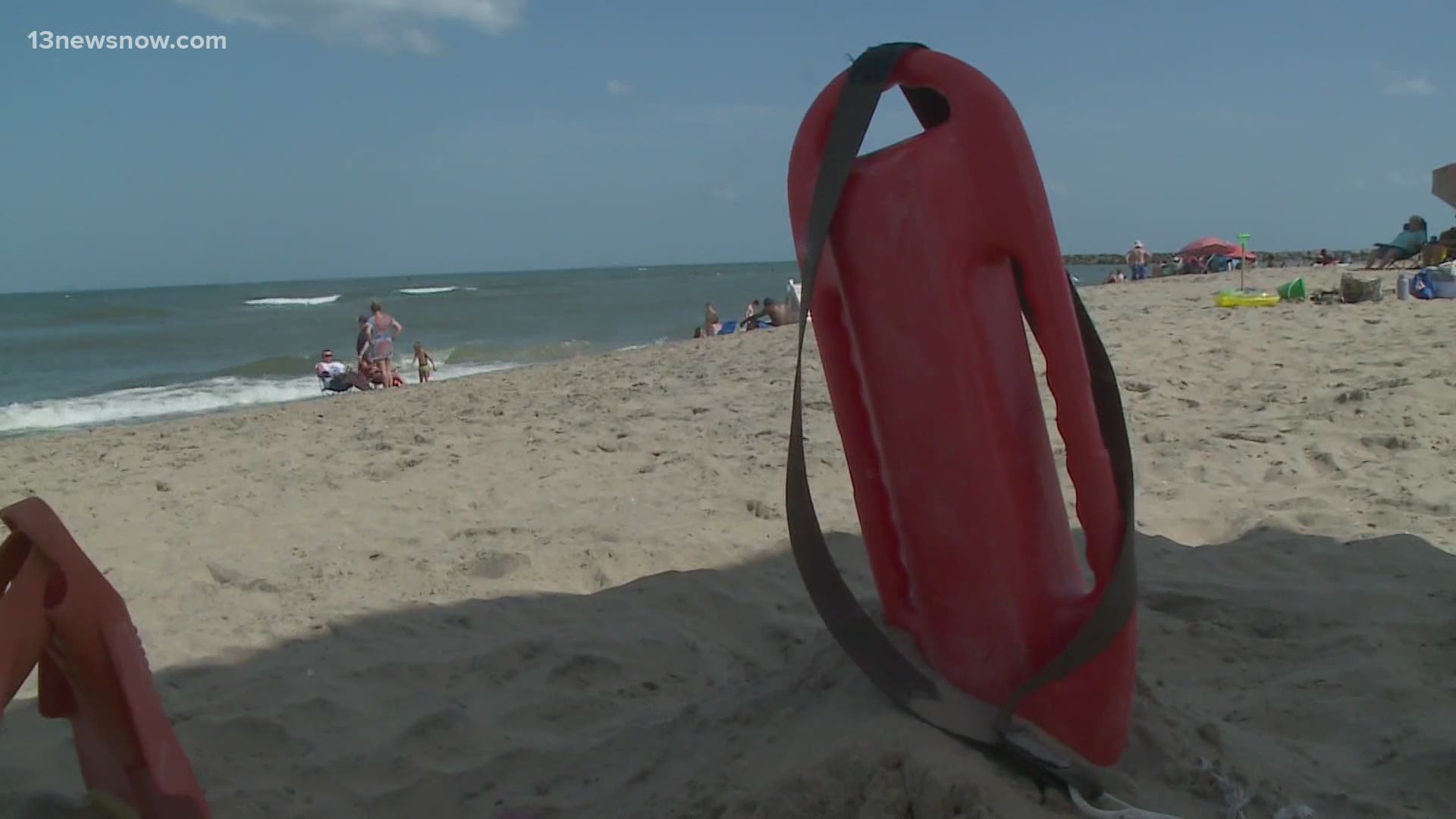 VIRGINIA BEACH, Va. — Before Tropical Storm Isaias' effects could be felt in Hampton Roads, red flags were flying at the Oceanfront Sunday. In a lot of ways, it was a dry run for what people could expect throughout the week when the severe weather picked up.

Kendal Stephen and his family were among the people holding onto their items while the winds were blowing Sunday. He said they may not be back on the sand Monday.

“Just stick to indoor activities for the next of couple of days," said Stephen, who is visiting from Baltimore. "We’re here for the week, so maybe in three to four days we can still get back out there and still enjoy the beach."

“It’s that time before and after the storms which are the most dangerous when people think, like, 'Hey, weather is still nice. We can get out there,' explained Chief Tom Gill with Virginia Beach Lifesaving Service. "It may not be."

Gill said Sunday that lifeguards will be sure to let swimmers know when the water is dangerous.

“Well for tomorrow, Tuesday, and even Wednesday and Thursday, anytime we have a storm like this coming up with high winds, heavy surf, we have the definite increase in rip current activity, so we need people to be really careful. We need them to stay out of the water. When it looks like an awful place to be, it’s an awful place to be. Stay out,” said Gill.