Police say a man died after losing control of his motorcycle on Atlantis Drive Monday night. 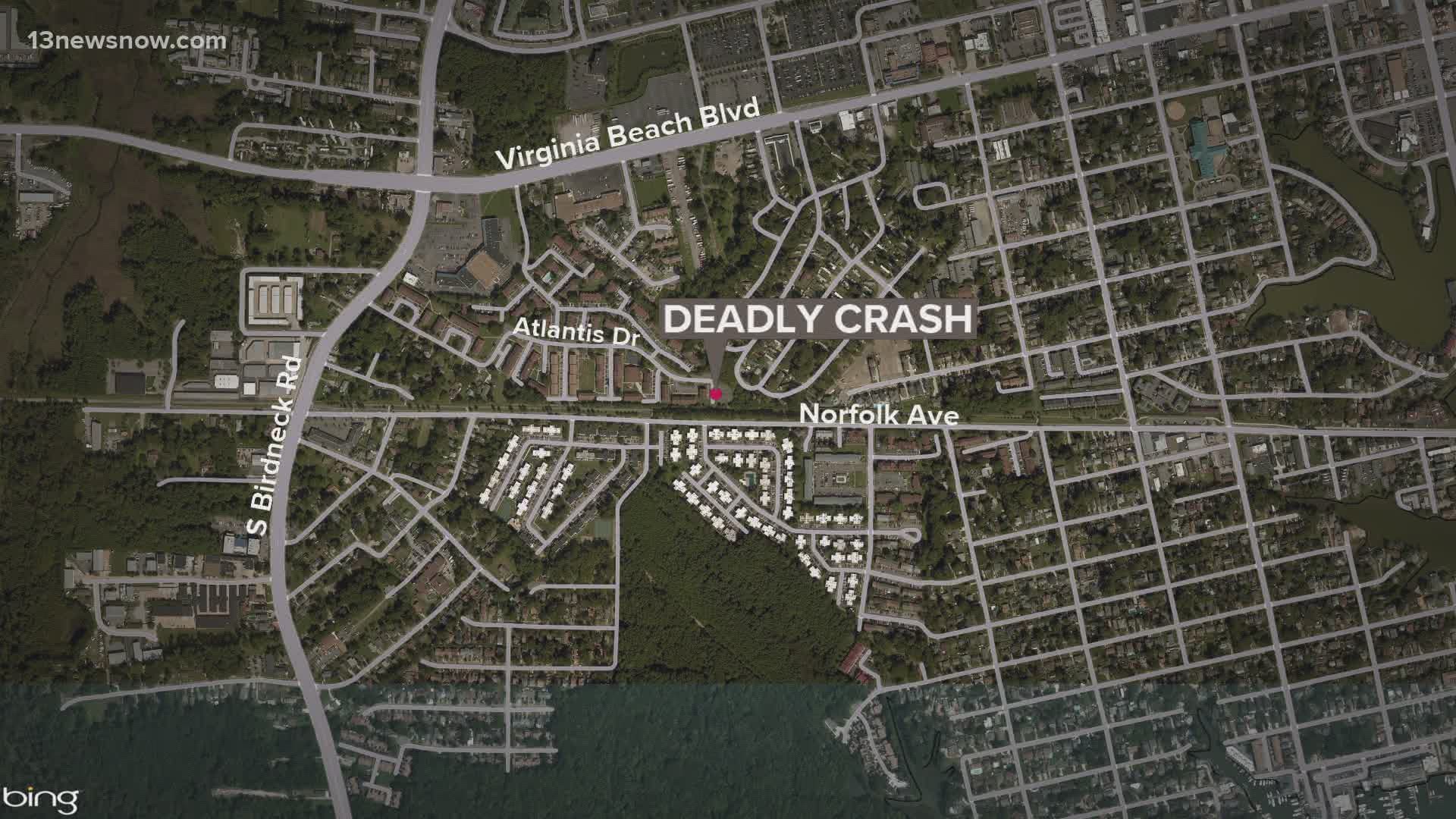 VIRGINIA BEACH, Va. — A man is dead after he crashed his motorcycle in Virginia Beach, police said.

The single-vehicle accident was reported shortly before 9 p.m. Monday in the 900 block of Atlantis Drive.

Police and EMS arrived to find the driver suffering from serious injuries.  He died while being taken to a local hospital.

Based on a preliminary investigation, police said the motorcyclist was driving on Atlantis Drive when he lost control, causing him to be ejected and hitting a tree.

The man's name has not been released at this time.

The investigation is being handled by the Virginia Beach Police Fatal Crash Team.