More than 106 trucks from the Virginia Department of Transportation hit the interstates during the peak of the winter storm. 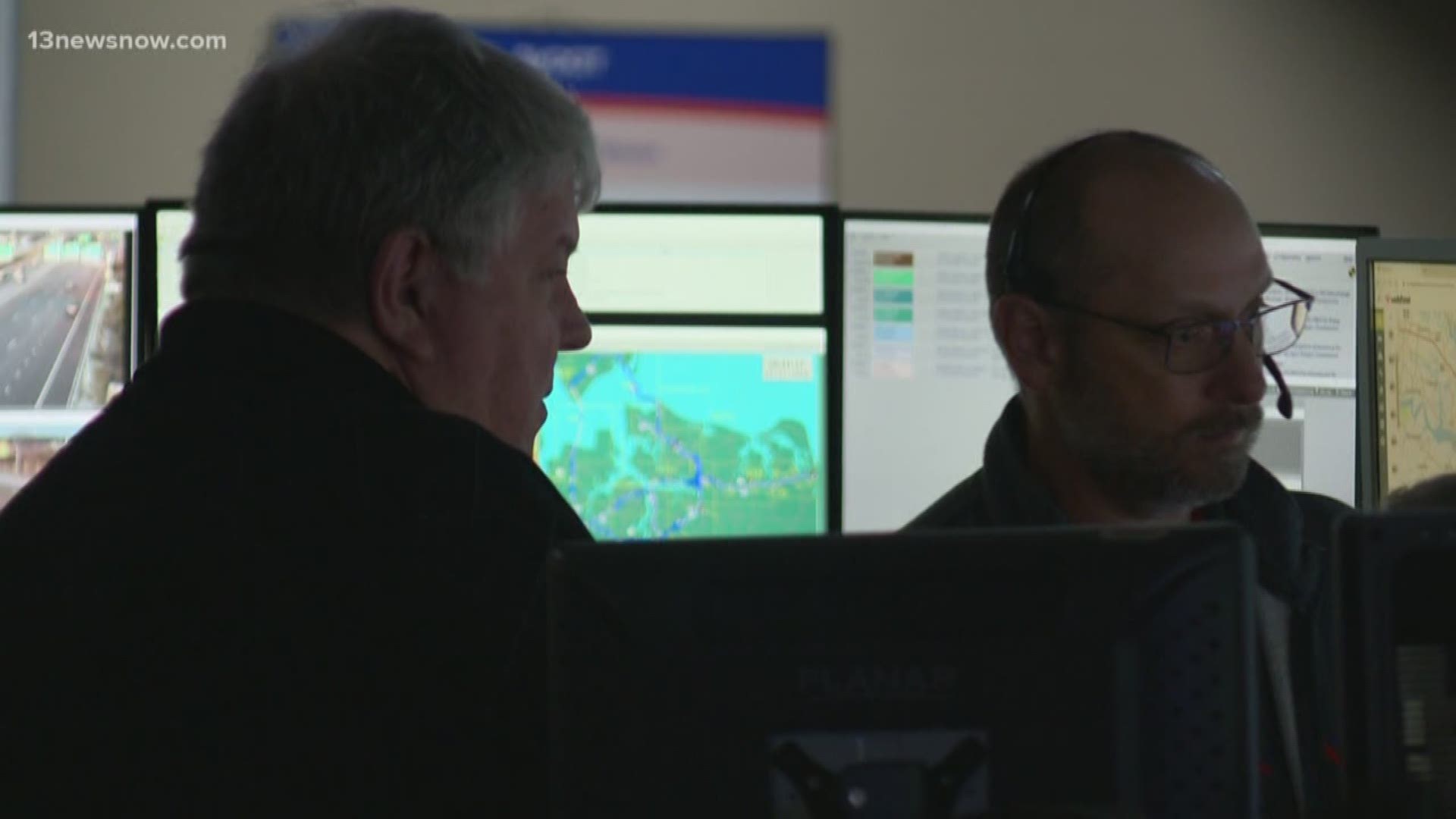 VIRGINIA BEACH, Va. — There is a lot more work happening behind the scenes at the Operations Center. People who run the Virginia Department of Transportation's center worked 12-hour shifts as the snow fell.

With monitors and phones ringing, their efforts focused on directing VDOT crews and monitoring the roads from afar.

"You can see behind us, it almost like a NASA movie,” said Jordan-Ashley Walker, VDOT Senior Communications Specialist.

"As people are waking up this morning, they're seeing roads that are mostly wet, but thank goodness primarily clear."

She said their team prepared for the worst and pretreated the roads, in case of a big snowfall, and it paid off.

They'll also dispatch crews on the ground to respond accordingly.

"We're really going to be concerned about that re-freeze, especially in shady spots that might not have gotten the sun and the wind that we're expecting today,” said Walker.

RELATED: So how much snow did Hampton Roads, North Carolina get? NWS released preliminary totals

She said they prepared for snow to hit our region months ago. After 710 days without an inch of snow, at Norfolk International Airport, Walker said she's still glad we didn't see as much as crews prepared for.

"You just shift your operations, shift your plans and respond accordingly,” said Walker.

Regardless of any adjustments, Walker said people should continue to listen to their advice to drive cautiously.

"I think that motorists have been mindful of the messaging that we put out,” she said.

VDOT still wants drivers to slow down and leave extra space to break on the road.