Vice President Mike Pence headlined a Get Out the Vote rally at Kempsville Middle School. 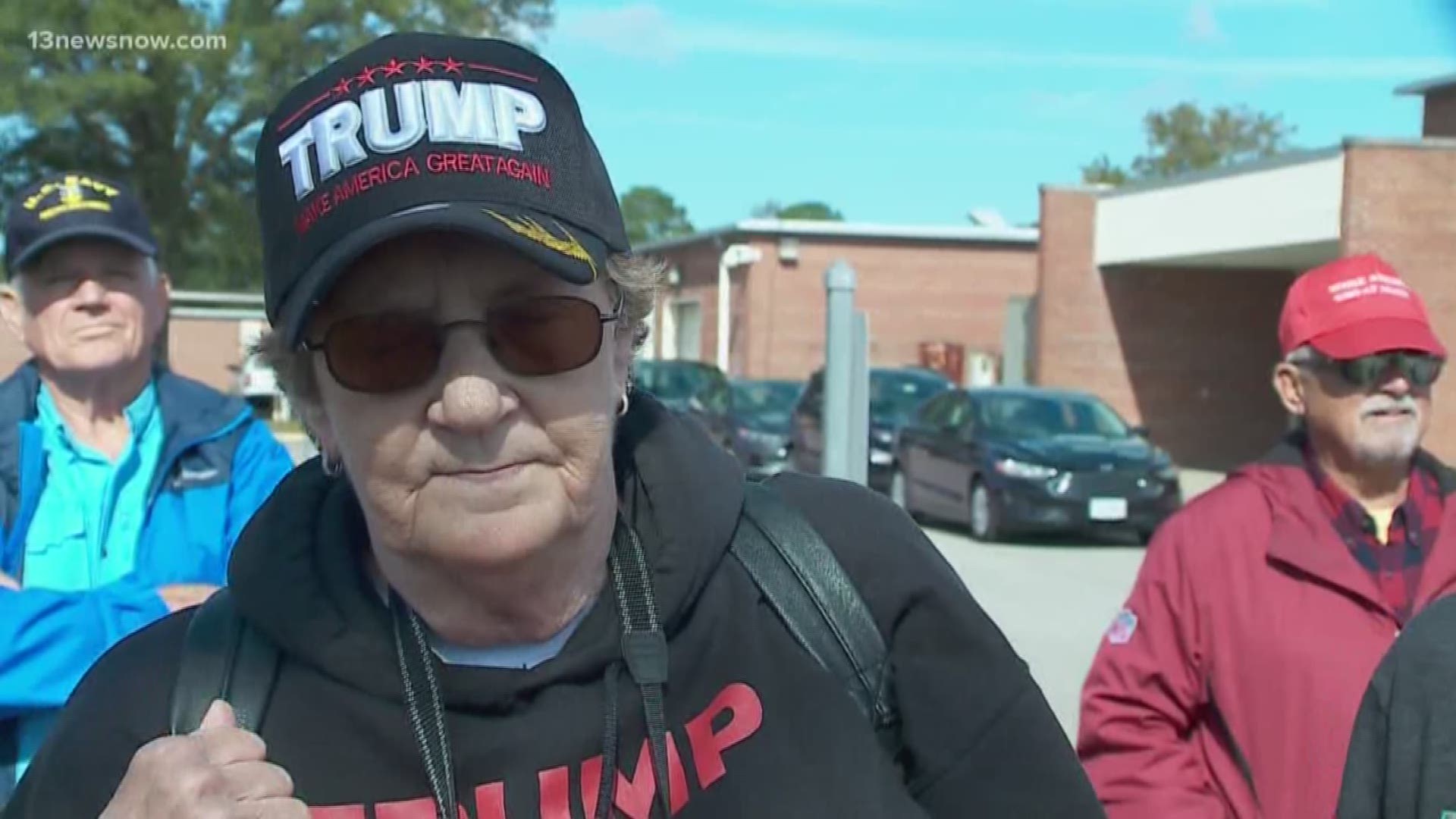 The Vice President headlined a Get Out the Vote rally at Kempsville Middle School, 860 Churchill Drive.

He started talking around 4 p.m.

Pence was the featured speaker. The event was paid for by the Republican State Leadership Committee.

RSLC is the largest caucus of Republican state leaders in the U.S. The organization's mission is to elect Republicans to multiple down-ballot, state-level offices.

Before Vice President Pence stopped in Virginia Beach, he has a few other stops.

He will first stop was in Charlottesville, Virginia. Then he visited Patriot Industries, a family-owned business, in Louisa, Virginia. In Louisa, the Vice President delivered remarks on the United States-Mexico-Canada Agreement as part of an America First Policies series called “USMCA: A Better Deal for American Workers.”

Virginia Beach was his last stop for the day.

RELATED: Vice President Pence: 'We are not retiring the Truman'