Virginia Beach City Council voted to ban e-scooters from the Oceanfront in a 6 to 5 vote over safety concerns. 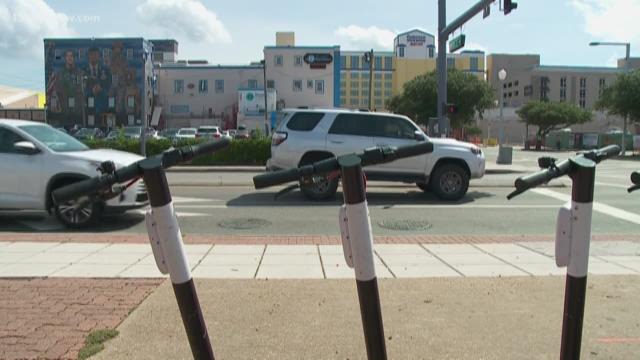 In a close vote, six councilmembers voted to ban the e-scooters from the Oceanfront while five members were against the ban.

On Wednesday, Brian Solis, assistant to the city manager, said the city’s goal is to have the e-scooter companies remove their scooters from the Oceanfront no later than 5 p.m. on Friday, August 23.

Solis said there are between 500 to 1,000 scooters throughout the resort area, and having them removed may be a challenging process.

The ban comes from safety concerns.

The ban isn't city-wide though.

According to the ordinance passed Tuesday night, e-scooters are banned east of Arctic Avenue, between Rudee Loop and the north side of 42nd Street. The scooters are also now prohibited where the speed limit is over 25 mph.

Councilman Moss said if it's that big of a public safety risk, they should be banned city-wide.

As the directive to eliminate scooters at the oceanfront just occurred, we are still developing what the appropriate enforcement measures will be. We will work with city leaders as well as the scooter companies to manage this new change.

RELATED: Virginia Beach could ban e-scooters from the Oceanfront

The city is also conducting an online survey to get the public's opinion in order to help them create e-scooter guidelines.

You have until September 3 to take the survey.