The arrest comes after the SWAT took over the investigation Monday afternoon. 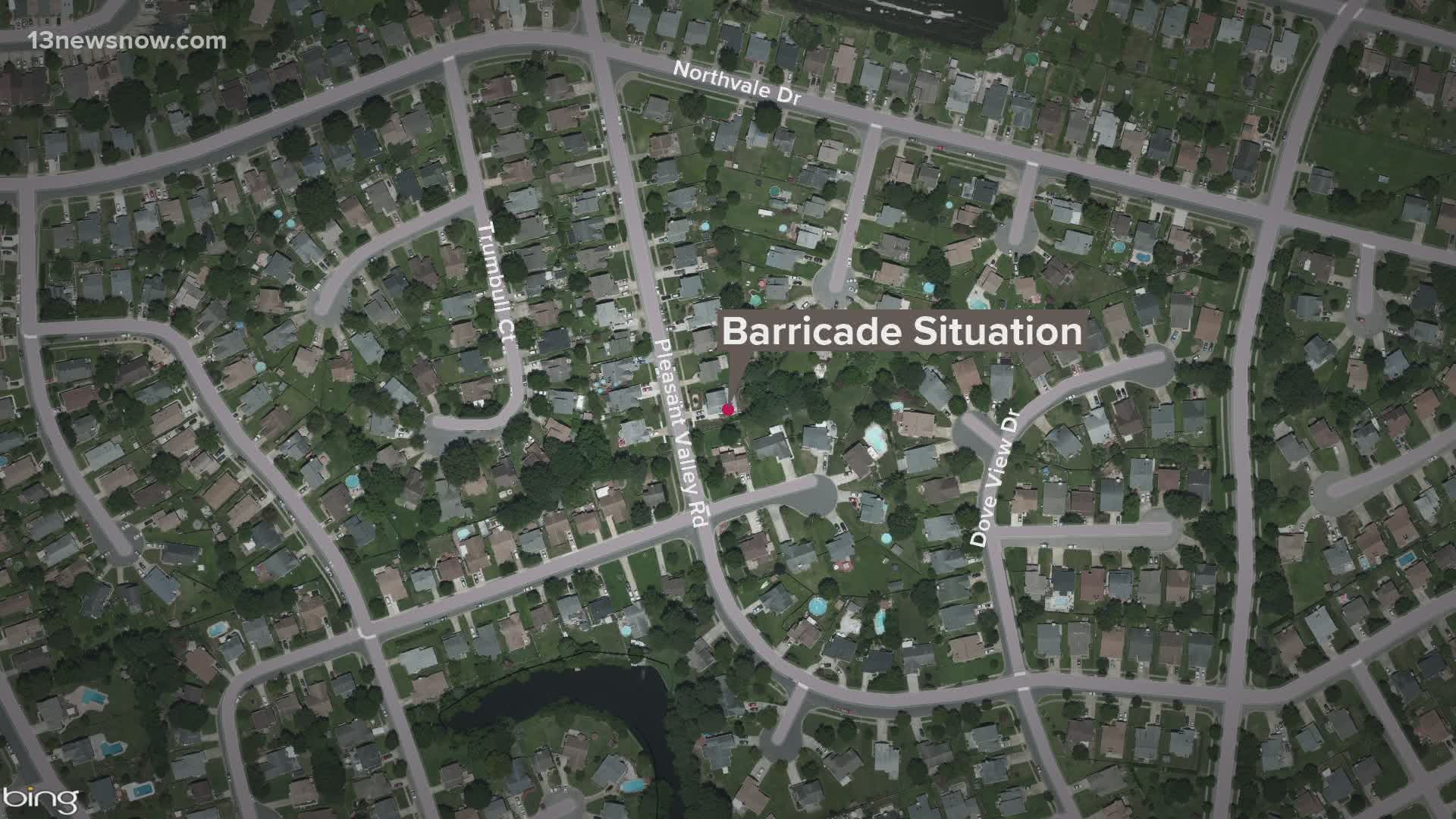 VIRGINIA BEACH, Va. — SWAT has taken over a barricade situation in 4000 block of Pleasant Valley Road near the Salem area.

Around 3:40 p.m. Monday, the Virginia Beach police announced a suspect had been taken into custody. However, no further details were relapsed.

The Virginia Beach Police Department initially tweeted about the incident a few minutes after noon. However, shortly before 1 p.m. they updated their page saying SWAT has assumed command.

There is a heavy police presence and officials are asking people to avoid the area if possible.