"We truly believe music has healing powers, it has restoring powers." 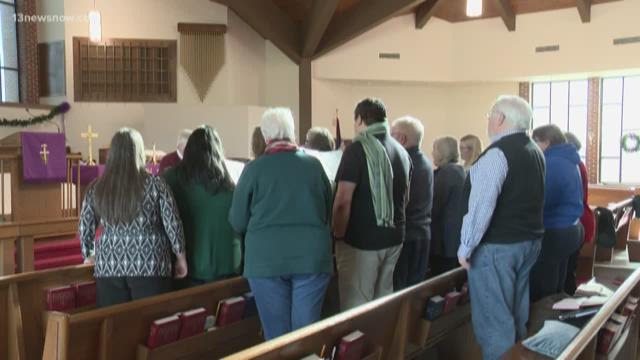 Time can heal, but the Virginia Beach Chorale believes music can too.

When Walker joined three years ago, she never imagined she would sing about deep loss.

“You hear about shootings like everywhere else in the U.S., but to have that happen here in your own city is just mind-blowing,” Walker said.

The tragedy in Virginia Beach on May 31 changed all of Hampton Roads. The choir wants to help with people's recovery.

“Recognizing that we are hurting and there is a rawness out there,” Chorale President Christine Lewis. “How can we echo that love and that resilience?"

The choir also needs help to put on a special premiere. They want to have a private show for survivors, victims' families, and first responders.

"We truly believe music has healing powers, it has restoring powers,” said Artistic Director Don Krudop. “It has powers to touch people's hearts to touch their minds.

New works take time to compose and learn. Lewis is shooting for a May 2021 premiere.

“Two years is still an intense grieving,” Lewis said. “You don't just get over something like this."

Walker said it's a small gesture, but she hopes it can have a big impact.

"Just a little bit of a ray of light in the darkness,” Walker said.

You can donate to the fund here.