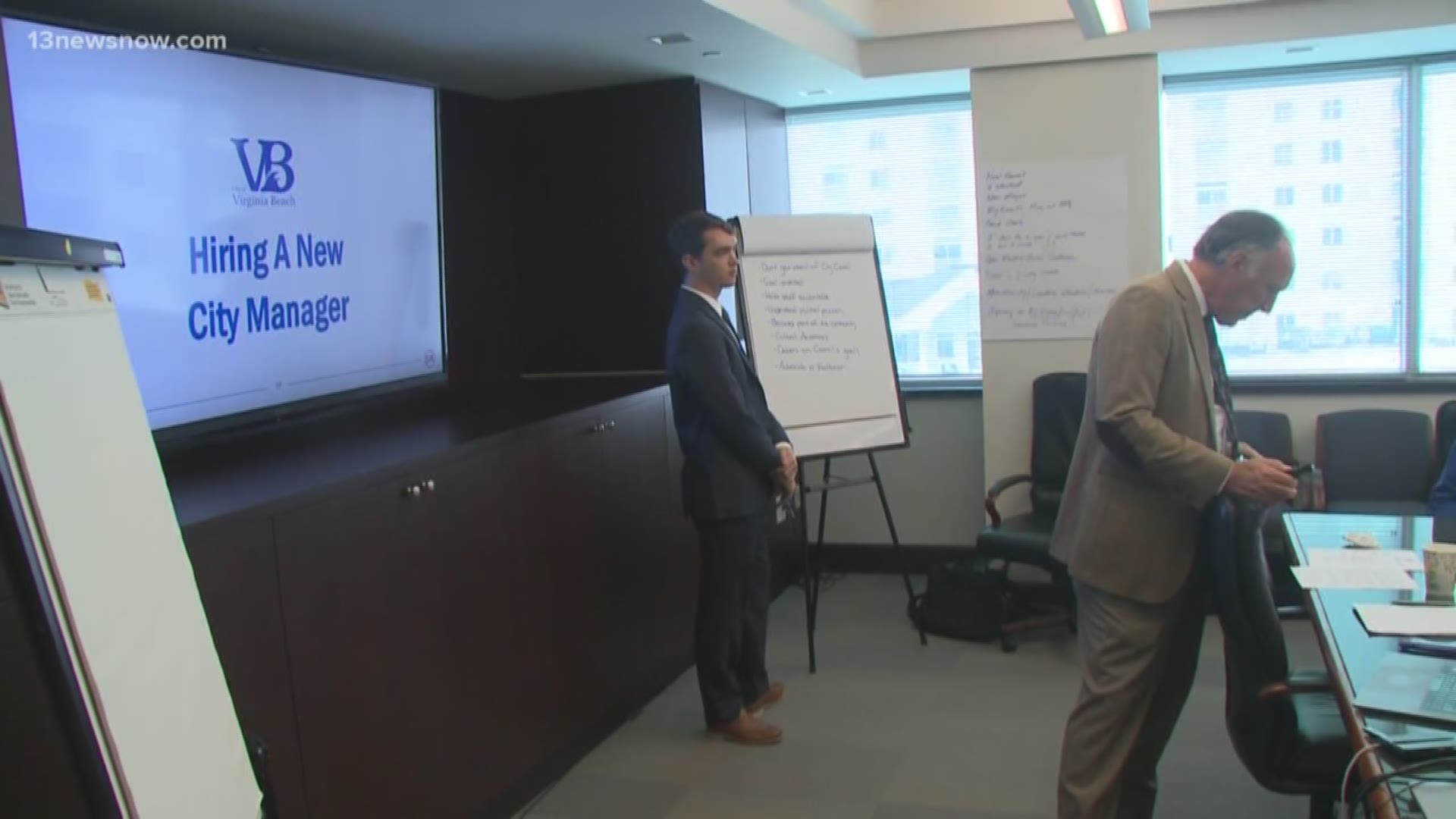 VIRGINIA BEACH, Va. — Virginia Beach city council members are now openly talking about what they're looking for in a new city manager, a search that councilwoman Jessica Abbott says is "our biggest job" that "sets the tone for what we're going to do in every other capacity."

"Picking the CEO of our city is one of the most important decision we'll make," Mayor Bobby Dyer said at the city council retreat Tuesday.

After listing dozens of desired qualities for a candidate, city council members laughed at a joke that they may be searching for 'Superman' or 'Superwoman.'

Dyer listed 'trust, communication and empathy' as essential skills for the next person to lead Virginia Beach municipal government. Other council members agreed upon 'integrity, trustworthiness, and competency' as additional qualities.

Abbott cited communication skills as vital for the position.

“I think people care about what you say and how you say it, and I think having a skilled communicator is an integral part of this job," she said.

Dyer said city council is in a unique position with a mix of experience and fresh perspectives. Four council members are still in their first year of government service, while others have decades of experience on council.

"We have people with a lot of experience and people who just started," Dyer said. "We have to get those two cultures together and unified in a vision.”

Abbott said this mix is desirable for a city manager search.

“This is probably the best possible time to be in this situation because we’re going to have a lot of perspectives just on the council," she said.

Council members said they will set times for public comment about the search in the coming months.