Branch will fill in for Jim Wood who resigned after taking a job with an international corporation. 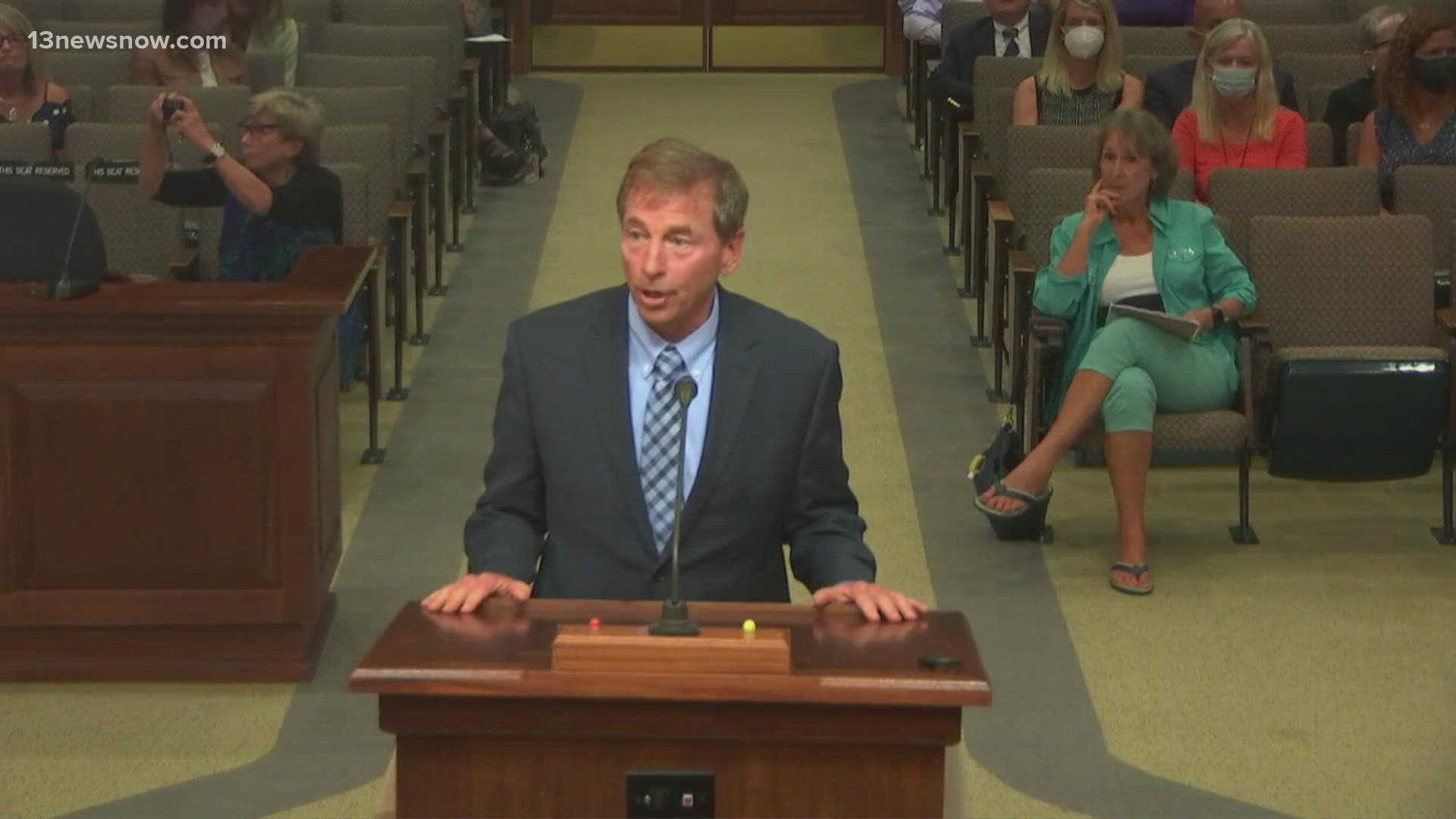 VIRGINIA BEACH, Va. — When Jim Wood took a job with an international corporation, he gave up two positions in the city of Virginia Beach: his role as vice mayor, and his seat on the City Council representing the Lynnhaven District.

Now, more than a month later, both of those positions have been filled.

On Thursday, Sept. 23, the Virginia Beach City Council voted on who will fill Wood's role as vice mayor.

At that time, there were four people up for Wood's other role as the seat holder for the Lynnhaven District.

On Tuesday, October 5, the council held a meeting where they heard public comments on the candidates.

People came out and spoke about who they would like to see represent the Lynnhaven District. Then, the council members held a private session to deliberate.

When they returned, they held a formal vote, where Branch received 6 votes, enough to earn him the Lynnhaven seat.

Branch has been involved in the city of Virginia Beach and the city council for years.

Branch will serve in the Lynnhaven District until a formal election can be held in November 2022.