City leaders in Virginia Beach are discussing how to create a permanent memorial for victims of the Municipal Center mass shooting last May. 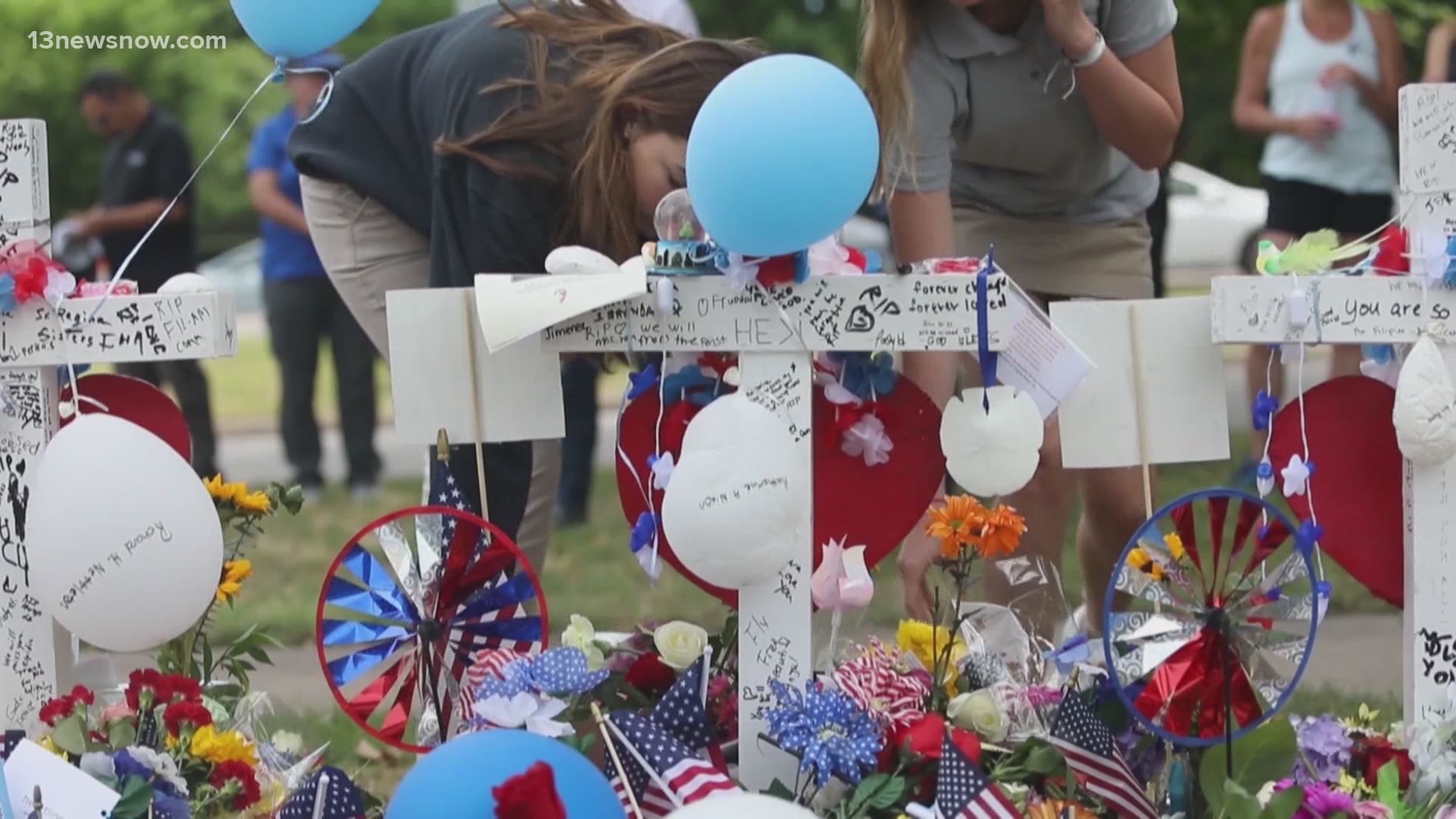 More than a year after the Virginia Beach mass shooting, city leaders are discussing their plans to honor the victims, survivors, and first responders.

City leaders said the process of creating a permanent memorial is just starting and it could take a while to plan and build.

“It impacted everyone and so we just want to make sure that whatever our permanent memorial is at the end of this process, reflects our community,” said Lauren Heath, the 5/31 Recovery Program Manager.

Heath, along with Cultural Affairs Director Emily Labows, asked city council members Tuesday for permission to start a memorial committee. The committee would help with things like where the memorial would sit, what it would look like and who would pay for it.

Heath said, “Our recommendation today also included two city council members, a family liaison and survivor liaison which would really work with all the families to ask them what they are looking for.”

Heath said there is no time limit on creating the permanent memorial and COVID-19 has slowed down the process. Jason Nixon, who lost his wife Kate in the mass shooting, said the memorial should already be up.

“It’s been too late. Lauren Heath said they were going around the country consulting with people about how to do this but I’m like, 'Why didn’t you consult the family members?'” Nixon explained.

Heath said this is a big project and it’s going to be done right.

“We talked with some technical advisors after our tragedy and they really recommended getting past the one-year remembrance and then coming forward and beginning the process. So, we are pretty much right on target where they recommended we be,” Heath said.

She said once city council gives the green light, they can start forming the memorial committee. It could possibly take years to plan and build.