The Historic Preservation Commission is looking at ways to add historical context for the statue, which is located at the Municipal Center off Princess Anne Road. 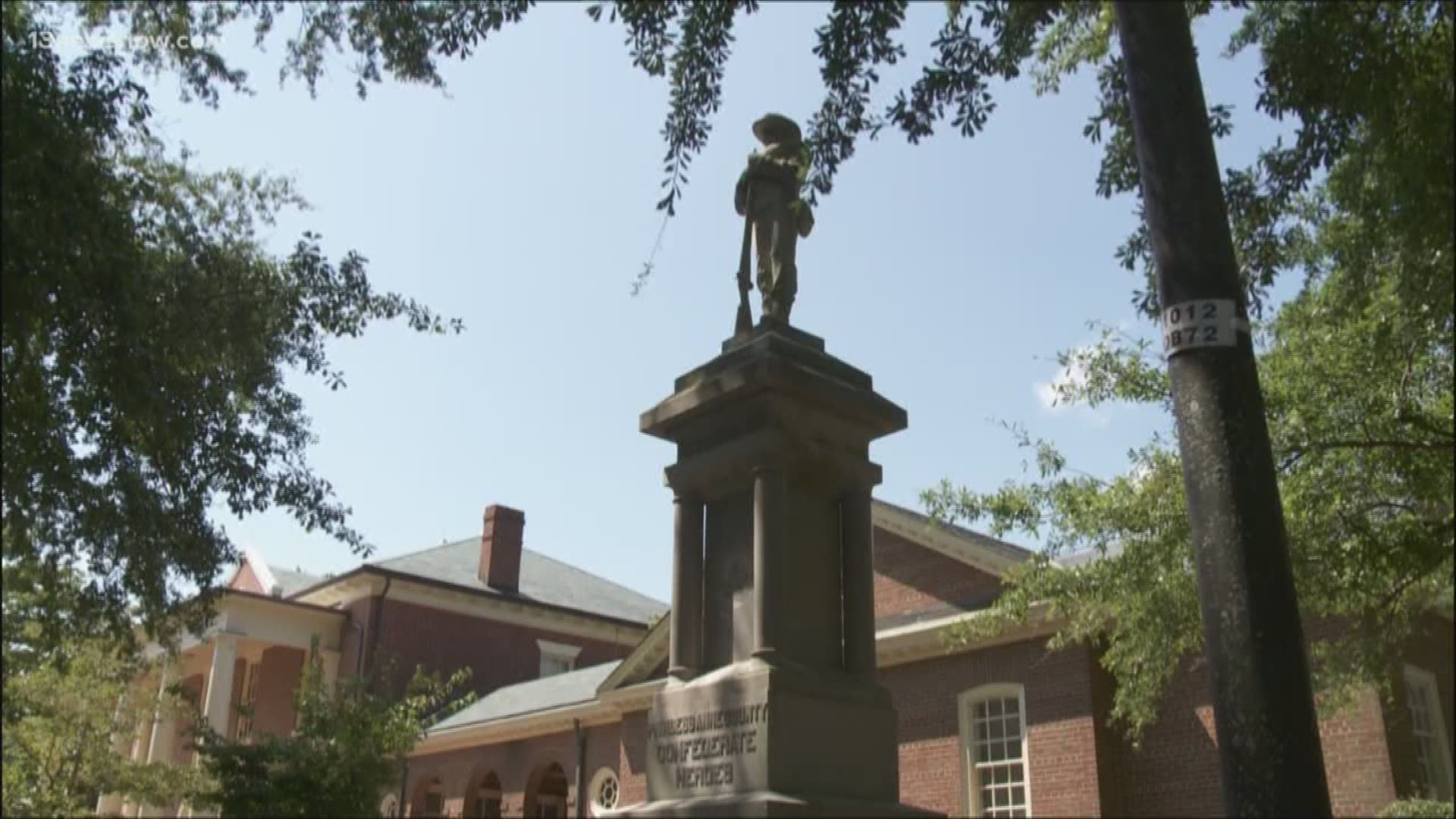 VIRGINIA BEACH, Va. — Confederate monuments continue to make headlines. Advocates say they represent an important part of America's history, while opponents say they are relics of racism in this country.

On Tuesday, Virginia Beach City Council is discussing what to do with the monument standing at the Old Princess Anne County Courthouse. The 27-foot statue of a Confederate soldier has stood at the municipal center since the early 1900s.

From the 1890s through World War I, more than 40 Virginia counties had erected Confederate statues near their courthouses. Discussion surrounding this particular statue began a couple of years ago when people in Virginia Beach held a non-violent protest. That's when the city council requested the Historic Preservation Commission to consider how to address the issue.

Following the protest, the commission held a roundtable to hear how the public wanted to handle the statue. It determined that the removal of the statue -- even if allowed by state law -- would accomplish little in reconciling differences or promoting discussion on the impacts of slavery, the Civil War, segregation, and discrimination.

But there is one big thing to consider in all of this: right now, Virginia code prohibits the removal of memorials for war veterans, and this statue, in particular, is located in a local "historical-cultural district." That means it requires approval to be removed or demolished.

The commission came up with a set of goals in the meantime. Short term: it wants to create a public park on the north side of Princess Anne Courthouse where people can learn about the city's history.

In addition to the Confederate monument, there would also be a piece to commemorate the city's African-American heritage to provide balance. The commission also recommended adding signs to provide historical context about the history of the statue and the Civil War in what was then called Princess Anne County.

In a long term goal, the commission wants to research if there's a need to create a general history museum for the City of Virginia Beach to give an inclusive story of the community's collective history.

The Historic Commission is asking city council to move forward with the immediate and short term actions. This would cost about $10,000 for the signs, and $40,000 from the park design.

Meanwhile, the General Assembly is considering changes to the law concerning monuments in its current 2020 session.