The daycare owner says someone has torn down their welcoming sign twice since January, costing more than $700 to replace. 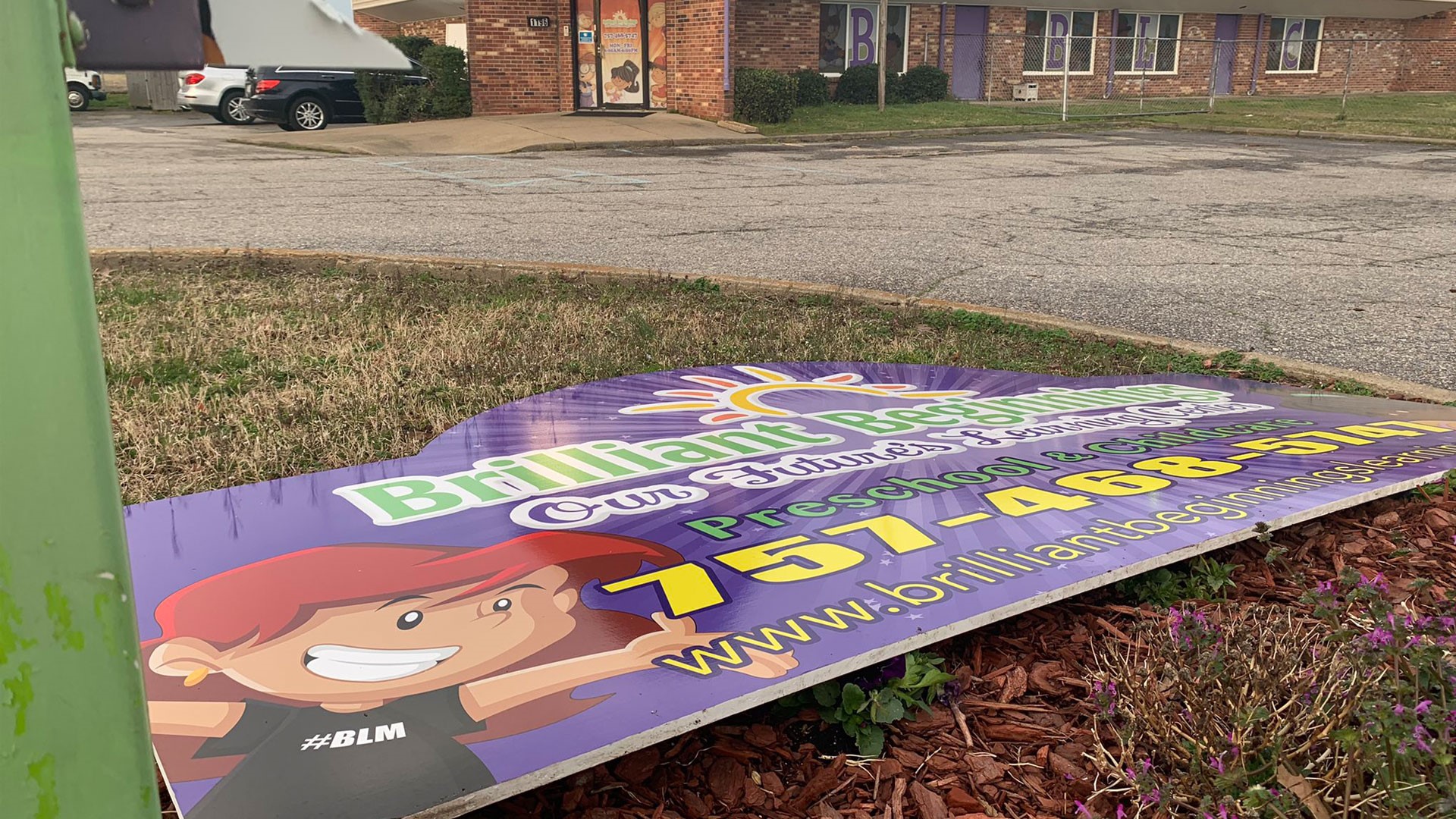 VIRGINIA BEACH, Va. — Kisha Roberts-Barnes says someone is vandalizing her daycare's property and it started when she added "Black Lives Matter" to her welcoming sign.

Roberts-Barnes owns Brilliant Beginnings Learning Center at 1196 Green Garden Circle in Virginia Beach, and she says she wants to promote a welcoming environment for all children.

"Diversity is a big deal for us," said Roberts-Barnes. "We don’t describe our children based on the color of their skin, where they live, or what they do. We provide quality care for all children regardless of their race and it's sad that the people who destroyed our sign, maybe they didn’t go to a quality care center when they were little.”

The daycare center, which has another location nearby on Holland Road, serves children 6 months to 12 years old.

Director Wanda Maldonado says someone keeps knocking down their main entrance sign. She says it has happened twice in the last two months, costing Roberts-Barnes more than $700 to replace.

The latest incident, they say, happened overnight Monday. Families arrived the next day and noticed the broken sign on the ground.

Maldonado said she could clearly see footprints in the adjacent flower bed and on the sign. In February, someone tore the previous sign into pieces.

Roberts-Barnes says the display represents the daycare's diversity and values. It shows several children, all of whom are inspired by real children or staff at Brilliant Beginnings.

One of the pictures shows a girl with "#BLM" on her shirt. Roberts-Barnes added her image to the sign in January after a student wore the shirt to the daycare.

"She came with the shirt and I thought it was commendable," she said. "And it was the same time I was putting the sign together and I decided to put her on the sign with the BLM shirt. I honestly didn’t even expect anyone to see it.

"I thought it was beautiful so I put it on our signs. But apparently, they don’t think it was so beautiful," she said.

This wouldn’t be the first time Brilliant Beginnings has dealt with something like this. A few years ago, someone wrote racial epithets on their van, said Roberts-Barnes.

“And that was hurtful as well because we were on our way to school when we saw that on our van and we had to explain that to our children,” she said.

"This is the beginning of any child’s foundation," said Maldonado. "And for them to make those types of decisions and make their safe haven unsafe, it's uncanny.”

Roberts-Barnes says she already paid to replace the sign twice, and now she’ll have to do it again. She wants whoever is doing this to stop.  But even if it happens again, she won't hide her message.