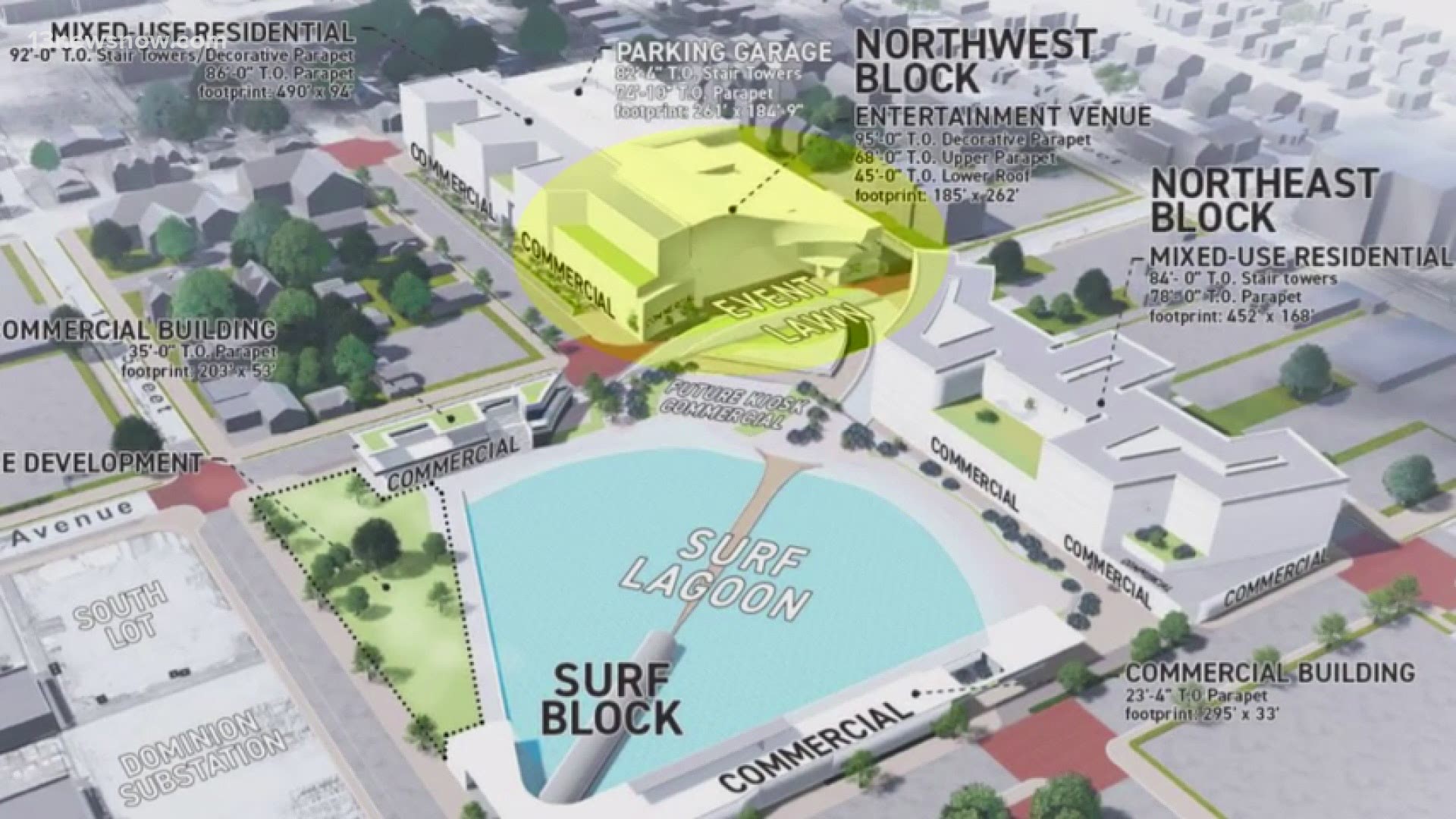 VIRGINIA BEACH, Va. — Virginia Beach city leaders say it will be more expensive to build the new Dome Site project near the Oceanfront than originally planned.

City council members approved a surf park and entertainment complex in 2019, but new city documents show the COVID-19 pandemic changed some of the design plans and construction costs are rising.

Grammy Award-winning artist and Virginia Beach native Pharrell Williams joined Venture Realty Group to back the project and its development.

Hilgers, a contractor renovating a building across the street from the proposed live entertainment venue site, said he expects construction to be more expensive now than before the pandemic. He said he's excited for the project and its long-term impacts, but is also concerned about rising development costs.

“It’s a difficult question to answer because my tax money goes to several different things," Hilgers said. "Will it bring in tax revenue that will lighten the burden for us? Great. Will it put [the city] in a position where we don’t want to be? I don’t know.”

Due to the pandemic, Dome Site project designers expanded the outdoor space and lawn area, which added $1.25 million to the projected cost, according to a Virginia Beach project update.

Designers also increased the size of the music hall complex from an initially estimated 50,000 square feet to 72,166 square feet, which city leaders attribute to expansions of the mezzanine and balcony levels.

The project update and information that will be presented to council members on Tuesday says Virginia Beach hopes to start construction on the live entertainment center later this year.

In 2019, Virginia Beach leaders said the entire surf park and entertainment project would cost about $325 million with the city paying about $95 million from its tourism fund. The other $230 million would come from private investment.