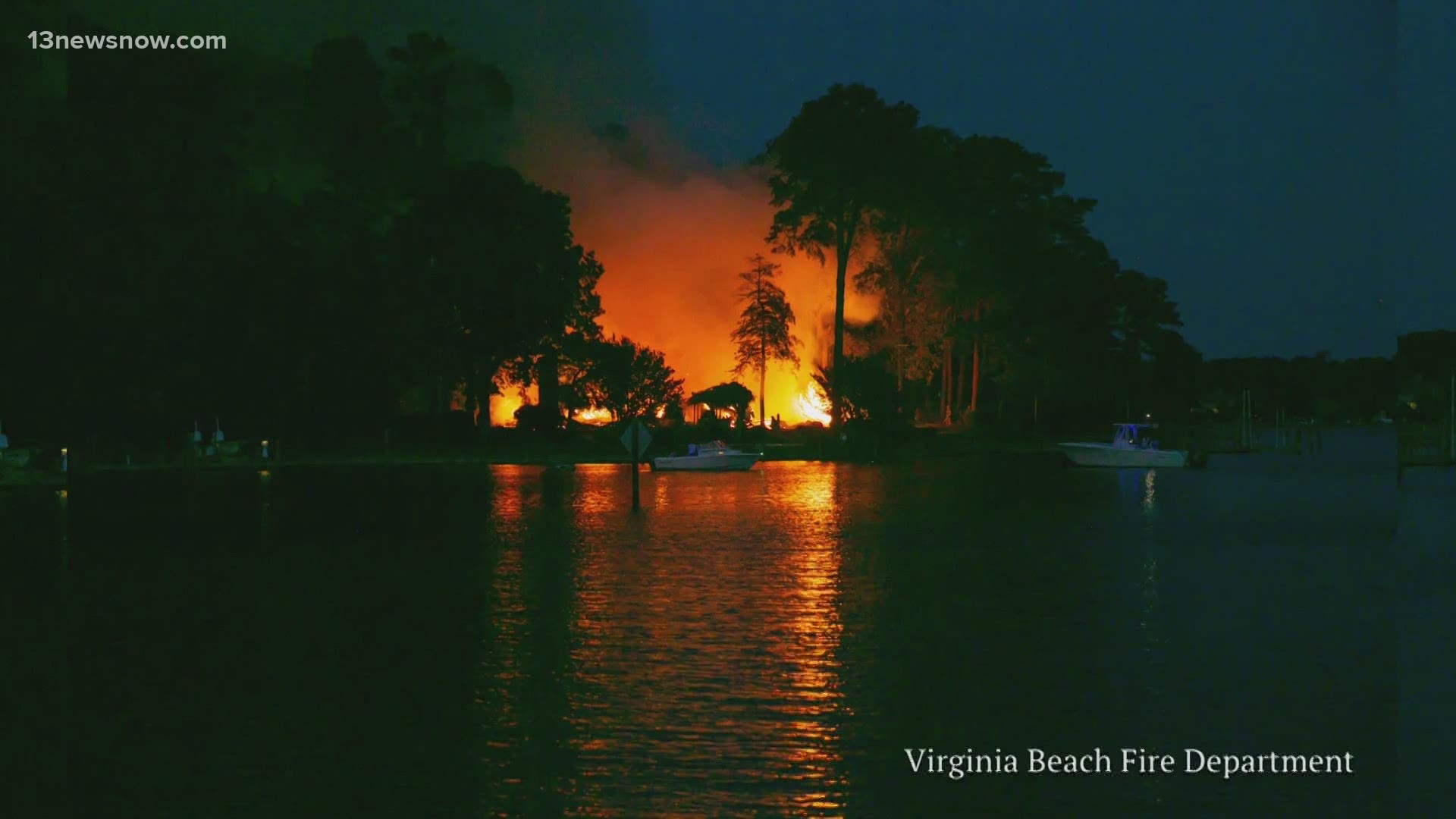 VIRGINIA BEACH, Va. — Virginia Beach investigators have not released the cause of a massive fire that destroyed a multi-million dollar home on McCullough Lane.

Firefighters faced several challenges, including its remote location across the water from First Landing State Park. There are only two fire hydrants in that area. So, they had to use their fireboat to battle the flames.

The Virginia Beach Fire Department has three fireboats including Fireboat One, which was the vessel that responded to Monday's fire.

“A house fire off of fireboat is a very low-frequency occurrence. Just everything has to add up for that to even happen," said Fire Captain Joe Polozzi.

Captain Polozzi was on the fireboat the night of the house fire. He explained what it’s like when they are in that situation.

“If we’re docked up and there’s a house on fire, we can run lines off of here and supply them just like a fire truck supply from the hydrant. We draft the water straight from where we are.”

Polozzi explained the fireboat is not used just for house fires. The four-person crew on each shift can assist in marina fires and search and recovery missions. They using infrared technology to help.

“It’s going to pick up a heat signature which is going to be warmer than the actual water, especially if someone had just gone in the water," said Polozzi.

Polozzi said he hopes house fires near the water do not become a trend but he says his crew will be ready to assist.

Fire officials said the last time a fireboat was deployed to a house fire was on July 4, 2016, on Lone Pine Road.

The Virginia Beach Fire Department explained there are too many challenges in adding more fire hydrants in that area.