Saturday marks 20 years since the 9/11 terror attacks. Twenty years ago, Virginia Task Force 2 responded to the call for help. 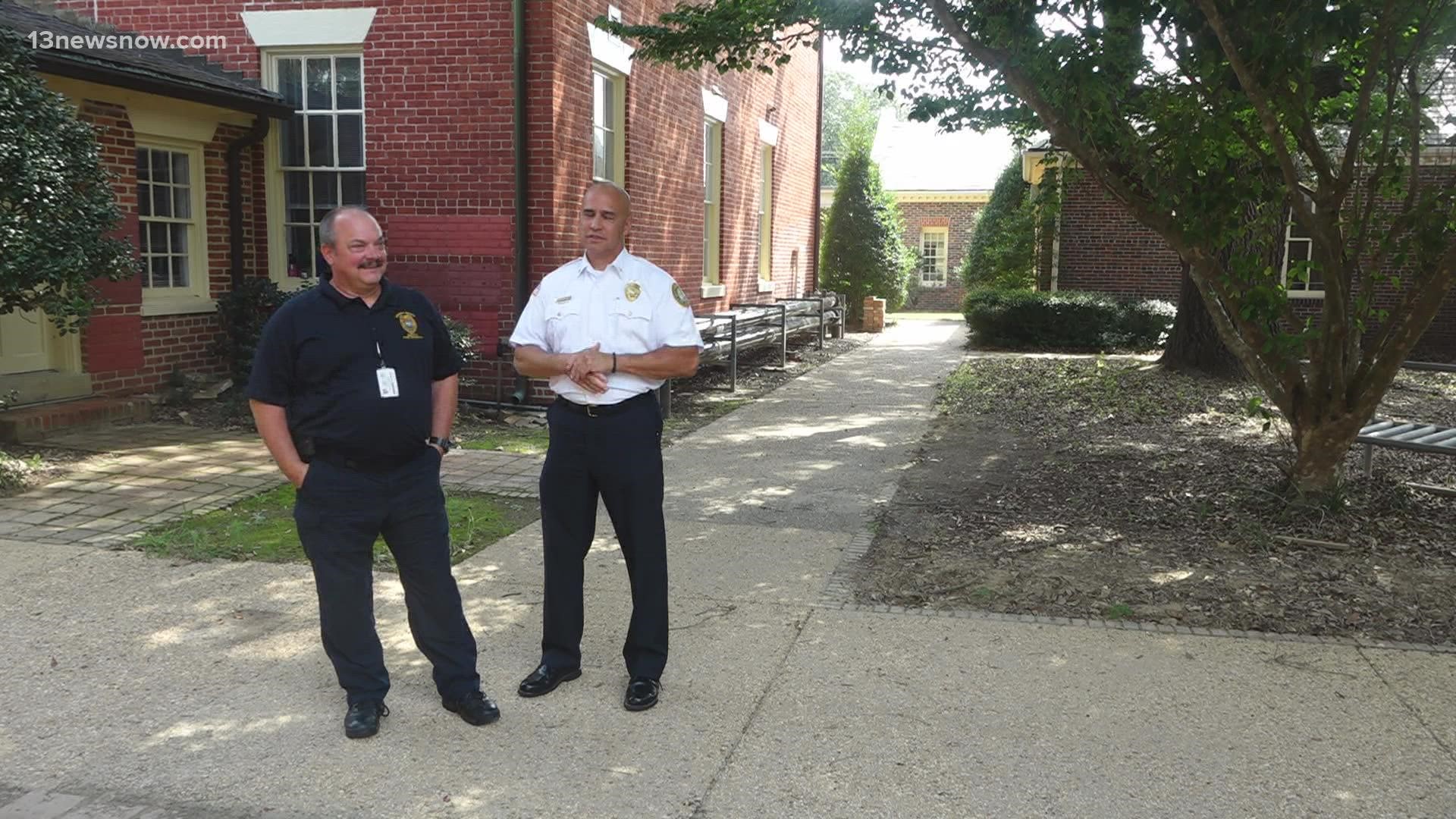 VIRGINIA BEACH, Va. — Jim Ingledue has dozens of pictures of the aftermath of the Pentagon terror attack stored in an old photo album.

He didn’t have a digital camera back then, but two decades later, these memories still have a lasting impact.

“Nobody was prepared for something of that magnitude," Ingledue said. “I still can remember coming around the corner in the bus and seeing it for the first time.”

As millions watched the devastating scene in New York City, a hijacked Boeing 757 crashed into the west side of the Pentagon.

Ingledue and Paul Pureza were on the ground, searching through the rubble, a day later, as part of Virginia Task Force 2. Their team aided in search, rescue, and recovery efforts.

“We knew we were going to go somewhere. We were heading to New York and then we got diverted, and we’re heading to the Pentagon after that,” Pureza said.

One memory that sticks out for Ingledue: finding a victim’s driver’s license in the rubble of American Airlines flight 77.

“Just a driver’s license laying there, and I picked it up. I looked at it and I read the woman’s name, Suzanne Calley. I still remember it today and I just thought, ‘Suzanne, I’m sorry this happened to you,'" Ingledue said.

Another memory: finding items belonging to a child.

“I removed some toys and some infant clothing and I told the people I was working with, ‘I got to go.' If I do something and discover a small child here it’s just going to be way too close to home for me," he said.

Ingedue’s two-year-old daughter was waiting for him at home.

Sixty-four people on board American Airlines flight 77 died alongside 125 people in the Pentagon.

Pureza said he and his team had to put their emotions aside as they sorted through the still-smoldering debris.

“You get there and you’re there to do a job; And afterwards - then you really start thinking about the things that matter,"

It’s a mission that still affects them to this day. Pureza said his work after 9/11 changed his outlook on life.

“Nothing’s that bad. You just try to be a little nicer," Pureza said. "That’s the way you feel – for me at least. Maybe I’m not in such a hurry today, I don’t have to pass those five cars in front of me.”

And he never takes the small things for granted.

“It was weird when we left, one of the best things that we talked about the other day – myself and another guy I roomed with – we went back to the hotel and was like, 'Man, this is the best bed I ever laid in,'" Pureza said.