Virginia Beach Police prepare for crowded weekend at the Oceanfront 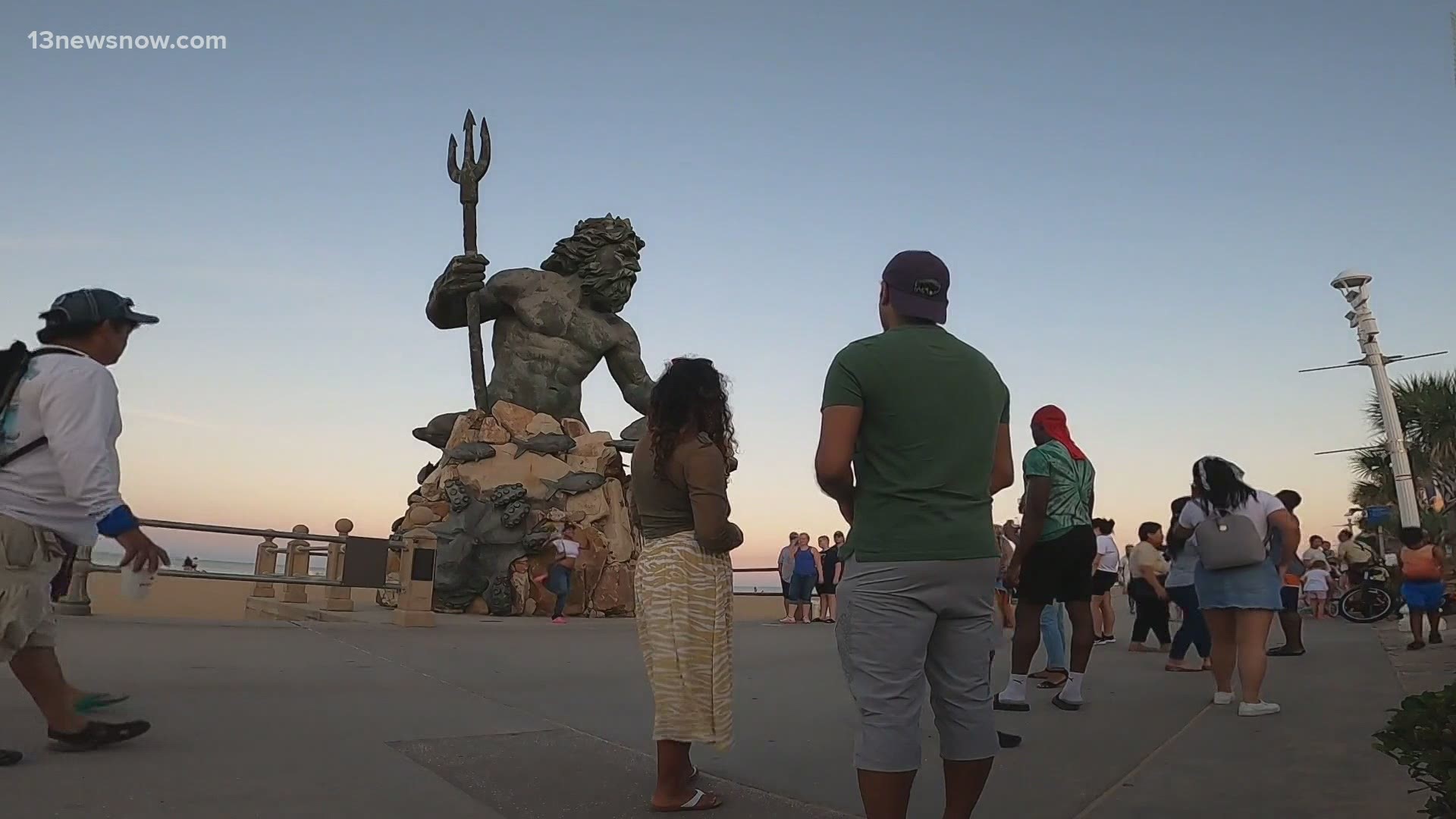 VIRGINIA BEACH, Va. — This weekend, crowds will be out in full force at Virginia Beach to celebrate July 4th, which means we are on the eve of what may be considered the most challenging weekend of the year for law enforcement officers.

However, Virginia Beach is already bucking the trend of so many other areas as violent crime remains relatively low in the city.

“We’re just here for the weekend before. We kind of want to avoid the crowds,” said Mazen Mahaud from Stafford.

Although Hampton Roads has seen its fair share of violence in the last couple of months, people like Mahaud and Humam Vahora say they feel safe at the Oceanfront.

“In my experience for the past three days, it’s been very safe,” said Vahora.

"I know that is a perception in the beach, that anytime there is a shooting, I see it on social media, I hear the outcry, that violence is up. Some of it is perception."

This time last year, there were 10 homicides in the city. This year: just seven. There have been 12 shooting victims in the last month, compared to 18 in the same time frame last year.

“We have seen a couple of law enforcement officers, but I honestly expected there to be more,” Vahora said.

Neudigate said you may not always see them.

“You can expect that there are a lot of eyes on you from a plainclothes perspective now and we are identifying a lot of individuals through our surveillance now that we see in possession of firearms that are prohibitive possessors.”

Vahora said that’s okay with him.

“I don’t think it matters if you visually see them around or not, but as long as they're ready to be there when things go down, I think that's more important."

As businesses are gearing up for the big crowds, Tucker Hague said they like having extra officers around Ocean Eddie’s.

“Since we’ve been open now to 2 a.m., we’ve had a lot more law enforcement presence around our establishment,” he said. “The police presence has gotten... it’s become more, especially after the shooting a month and a half ago. But I don’t see it in an intimidation way, but not as in a forceful way. I don’t think people need to be scared or worried about the police, but I do see more presence.”

It’s not even the holiday weekend yet, but Hague’s brother, Baxter, said it’s already getting crazy.

“The past like two weeks we’ve been seeing crowds. This whole week has been like insane with the amount of customers coming in.”

Neudigate said law enforcement will be out in full force this weekend as people head to the beach. With new technology and Beach Police trained by DEA agents in best practices to fight crime, he said they are prepared.

The Chief also said the $2 million investment from the city will almost double the number of cameras at the Oceanfront.

A gunshot detection system will be also be added, along with technology to help police trace who has had their hands on the guns they pick up.