Nearly two months after the tragedy, their comments painted a picture of people still trying to come to terms with what they lived through. 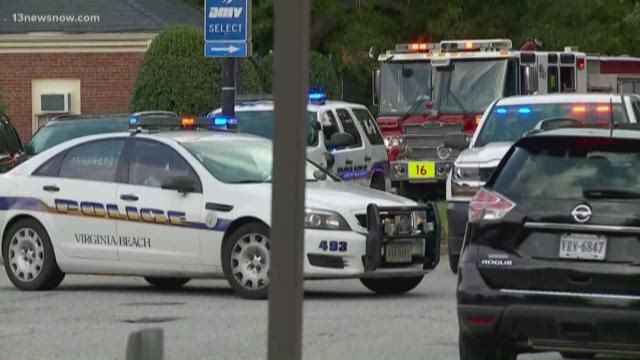 Survivors of the May 31st mass shooting at the Virginia Beach municipal center said although they are not physically harmed, they're emotionally scarred.

At a listening session between the city council and city employees, survivors shared their stories. Their comments painted a picture of people still trying to come to terms with what they lived through.

Thomas Colson was in building 2 when the shooting happened.

"The gunman was actually walking towards me," Colson said. "My co-workers kept asking, is this real or is this a drill? And when I saw the victims out there, I was like this is not a drill. This is real."

He said as gunshots rang out, he barricaded himself inside a room during the shooting, fearing for his life.

He said he's still feeling an array of emotions, nearly two months after the shooting.

"Sad, angry, scared, paranoid - just to name a few. Literally, I have to drive by that building, every day," he said. "I'm constantly looking around. At work, at home. If I hear a loud noise – I'm on high alert."

According to comments released by the city of Virginia Beach, another survivor, Rasheda Gregory told city council: "We are not OK."

She said she gets little sleep, suffers from stomach pains, and could not watch fireworks with her family this year because it takes her back to May 31st.

She said she wakes up several times during the evening, just to make sure her doors are locked.

Daryll Johnson said he gets sick every morning before coming to work.

He told the council: "We need you to think about us, the existing staff who continue to go to work."

First responder, Charles Loveless also spoke to the city council, telling them: survivors are victims, too.

He responded to the scene and rendered first aid.

He said he has memories of cell phones ringing and visions of the victims.

He said many officers are unable to speak about the shooting and he wants the building to be torn down.

"No matter what they do to remodel it or whatever, we know what happened. None of us want to go back into the building," Colson said. "I would like for it to be torn down and they have a memorial garden for the victims that we lost."