Virginia Beach city leaders are discussing when they plan to open the beaches. 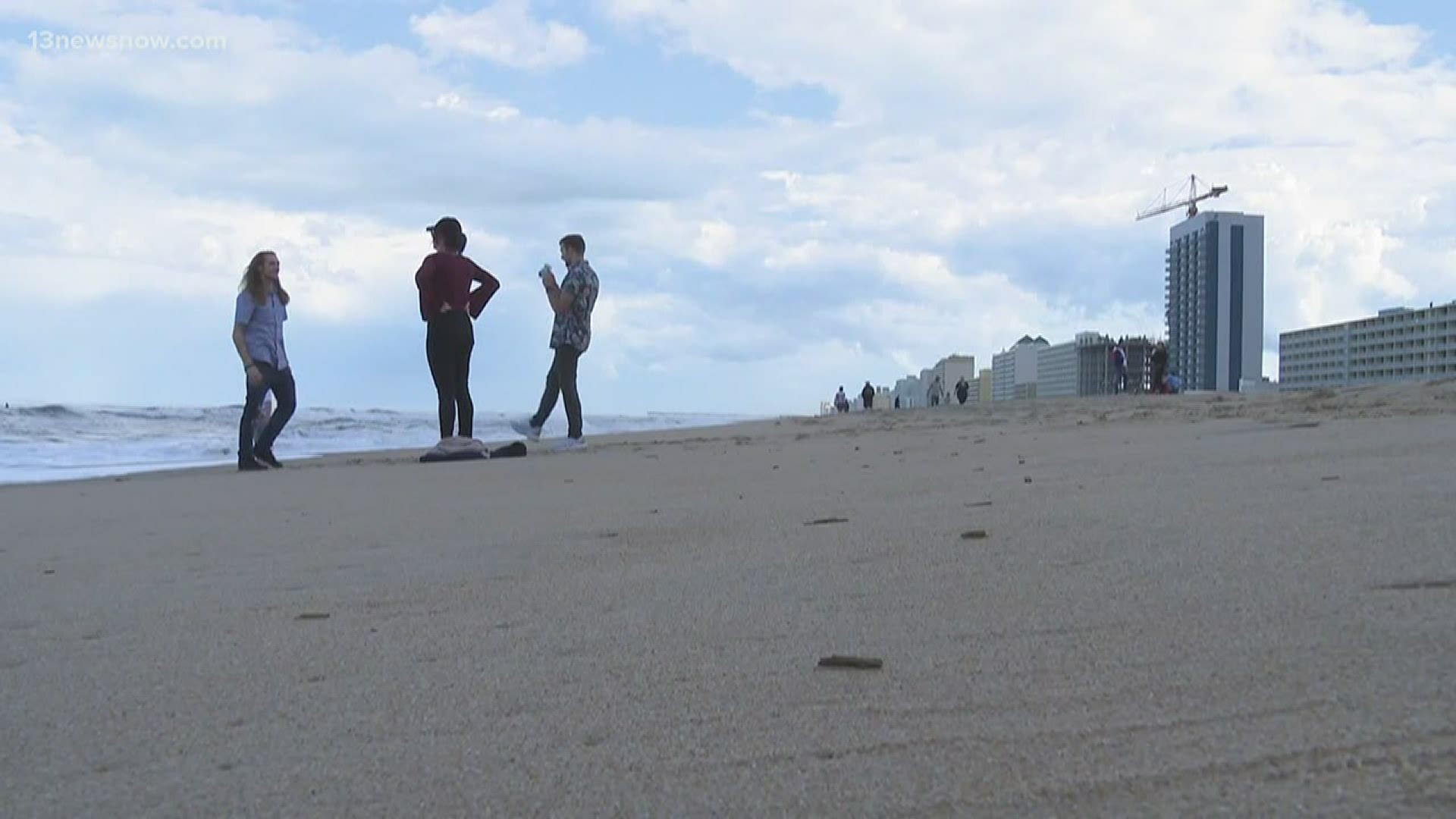 VIRGINIA BEACH, Va. — More than 400 of our local cases of COVID-19 are out of Virginia Beach, which is why city leaders are trying to find the right way to move forward with reopening beaches and tourist spots.

Emergency management director, Erin Sutton, said when businesses reopen, it’s going to become a new normal. She said not everything will open up immediately. She said one big concern is voting in June.

“We have 96 polling locations in the City of Virginia Beach and that is something we need to work through,” Sutton said. “Another one is child care and summer camps.”

Mayor Bobby Dyer said he believes things will start to reopen next Friday, but people will still need to socially distance themselves.

“Hopefully the restaurants can start opening. Hopefully the gyms and maybe the hair salons and places of worship,” he said.

Dyer recently formed a committee with local business owners to determine how to safely reopen the city. He said leaders can’t wait until May 15 to come up with a game plan.

“We've got to jumpstart our economy and get it up and going as soon as we get the OK from the governor,” Dyer explained.

The big question many people are asking is when the beaches will open for sunbathers. Dyer said his goal is to open all the beaches up by Memorial Day weekend, but that decision is up to Governor Ralph Northam.

Last week, Dyer gave the governor a list of things he would do to ensure people would follow social distancing. He said one of the things on the list is to hire staff to patrol the beaches and boardwalk.

Dyer said, “We will be hiring diplomats that are going to make sure that people socially distance and we will have people make sure that touchable areas, guardrails, and things of that nature are disinfected.”

He said all of this needs to happen to bring business back to the Virginia Beach economy.