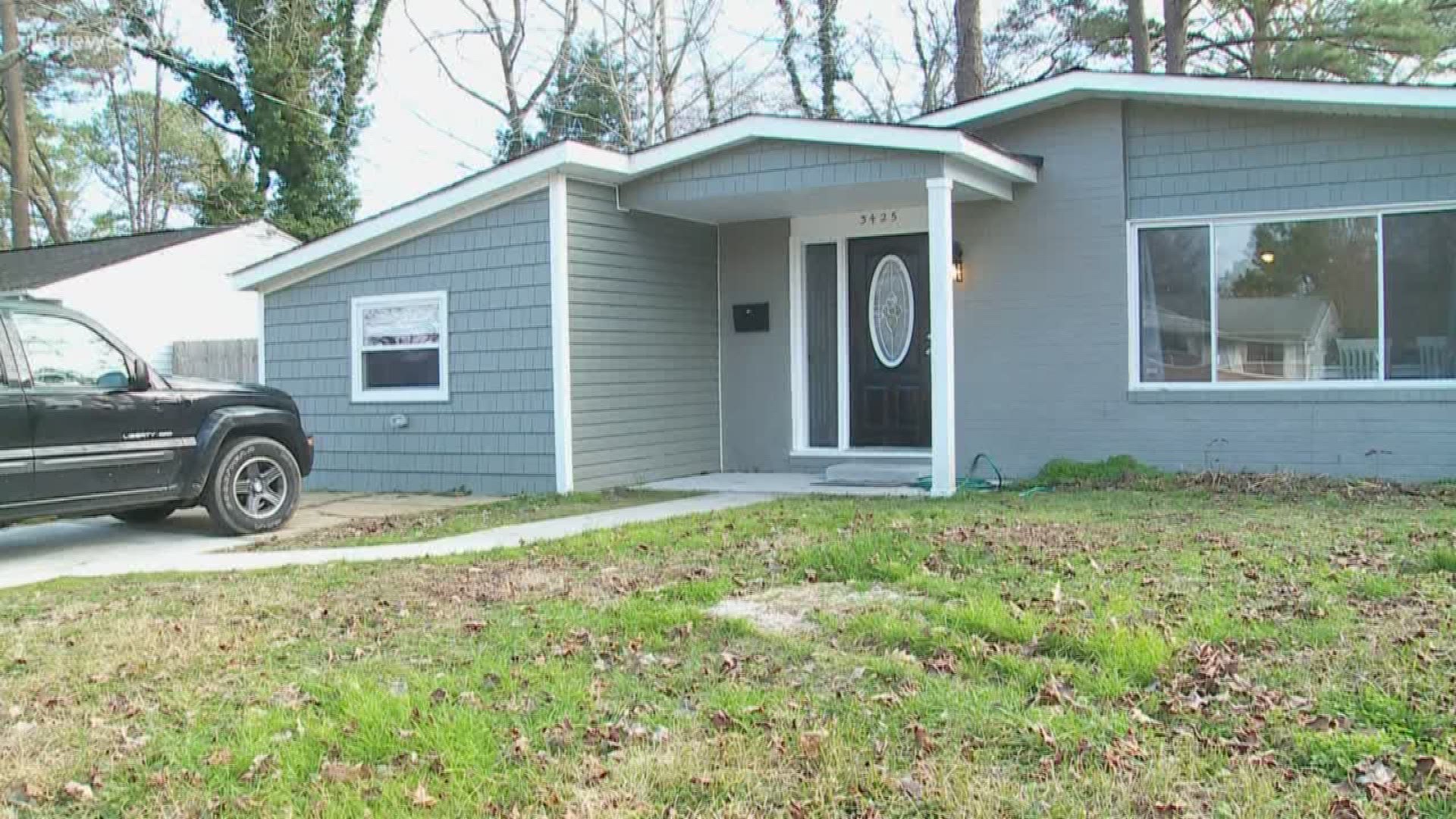 VIRGINIA BEACH, Va. — When Zach and Holly Gunderson moved to Virginia Beach for Zach's job in the Navy, they had one wish for their perfect first home.

“We knew we didn’t want a fixer-upper because we just didn’t have the extra to put on top of that," Holly Gunderson said.

Holly is pregnant with the couple's first child. The Gundersons fell in love with a modest home in the Lynnhaven area.

"We had a master inspector and paid for the deluxe home warranty plan," she said. "I don't think it ever crossed our mind that something would happen."

The first-time homebuyers trusted a detailed inspection and said they asked many questions during multiple walk-throughs.

But quickly, they said that dream crumbled in front of them.

"You move in and everything is falling apart on you, it’s one of the most defeating things you’ll ever feel," he said.

Within days of moving in, the Gundersons couldn’t use their bathroom. The toilet, the sink and the shower wouldn’t drain and all three bubbled up brown liquids.

They thought there was just a clog somewhere, but after calling multiple plumbers, they found the sewage and water didn’t connect anywhere. It flowed out of a hidden pipe and filled up a small hole in their side yard before backing up.

“We find this obscure pipe that was kind of buried," Zach Gunderson said. "They put sod on it and everything but it was uncovered because of the water and sewage coming out of the house."

City of Virginia Beach permits show the previous homeowner added the master bathroom to the house a few years earlier and submitted a permit for plumbing. However, the permit was voided.

A contractor submitted another plumbing permit last August, but it was denied. It was incorrectly designated for a commercial building. There was no follow-up permit and the Gundersons bought the house just months later.

“So there was a paper trail showing they were aware they were supposed to take out a permit because they attempted to, but then just never did," Holly Gunderson said.

There wasn't a working HVAC system for the bedroom, the kitchen sink didn’t drain, and they found that water leaked through the walls. Zach pulled out pieces of water-damaged wood with his fingers.

In order to run the shiny new dishwasher with these water problems, the Gundersons needed to use the hose from the front yard.

As first-time homeowners, the Gundersons said it was a calamity of errors.

They are filing a lawsuit against the company who flipped the home and wish they had a do-over.

“You’re the one who’s ultimately buying it. So be smart about doing your own research, don’t expect someone else to look out for you the way you would.”

The Gundersons said other military families should be aware. They said prospective home buyers should be skeptical, critical and know that some houses can hide some of the most glaring problems. They also recommend checking the home's permit history for warning signs.

The couple said, knowing that Hampton Roads is a military area, they hope to help other couples not make the same mistake they did.

“If we could help one other person literally not go through this that would be a win,” they said.

A family member established a GoFundMe account to support Zach and Holly Gunderson with the rising home repairs costs.