Christina Resch was producing more breast milk than her premature baby Finley could drink. Producing more than she could store, she donated to babies who needed it. 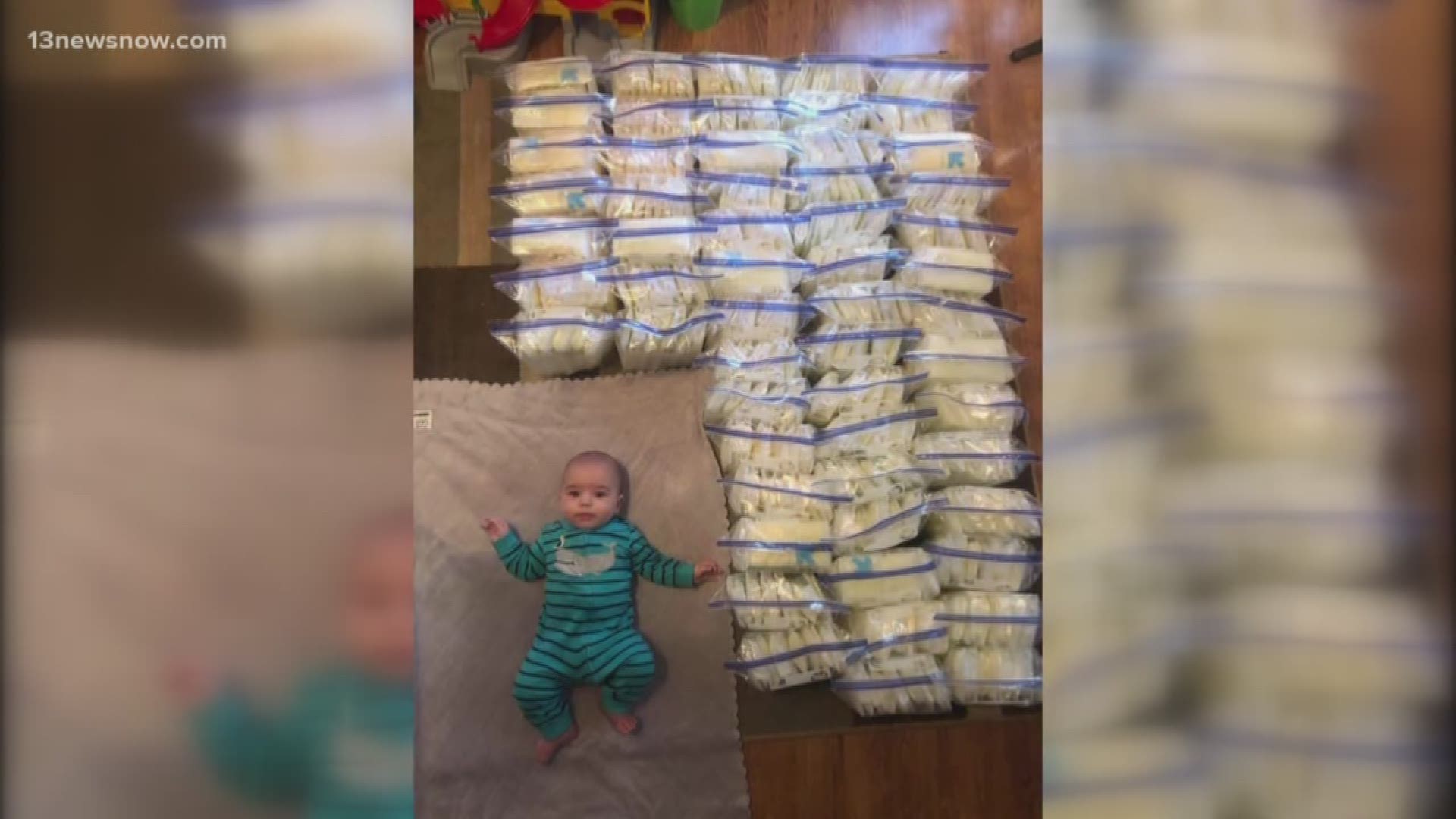 But, little Finley only drank about 10 ounces a day.

She said normally a baby will drink 24 to 28 ounces a day. Because Finley was drinking less than half of that and she was producing so much more, fridges and freezers started filling up.

"My dad said he needed freezer space back," Resch said.

So, she started to donate to friends like Mary Williams.

"I just stopped producing as much as I was," Williams said. "She donated to me for seven months, up until Charlotte turned a year old."

Still producing more than she could store, Resch joined Facebook groups like 'Human Milk for Human Babies' to connect with moms across Virginia that needed help.

"One mom drove all the way from Richmond for her twins," Resch said.

She's donated to fosters and other babies with special needs.

"It was a preemie like Finn, they were both due in august," Reach explained. "But, he has a swallow issue. Milk, formula and other things build up mucus in his throat, but breast milk doesn't."

She even helped a baby who lost it's mother to domestic violence.

"That one kind of tugged on me a little bit," Resch said. "That made me cry when I gave that milk to that baby."

It's a labor of love, but she doesn't mind.

RELATED: ‘She feels like a mom’: This school secretary collects food to feed hungry students

RELATED: Woman donates breast milk to NICU babies after losing her own son