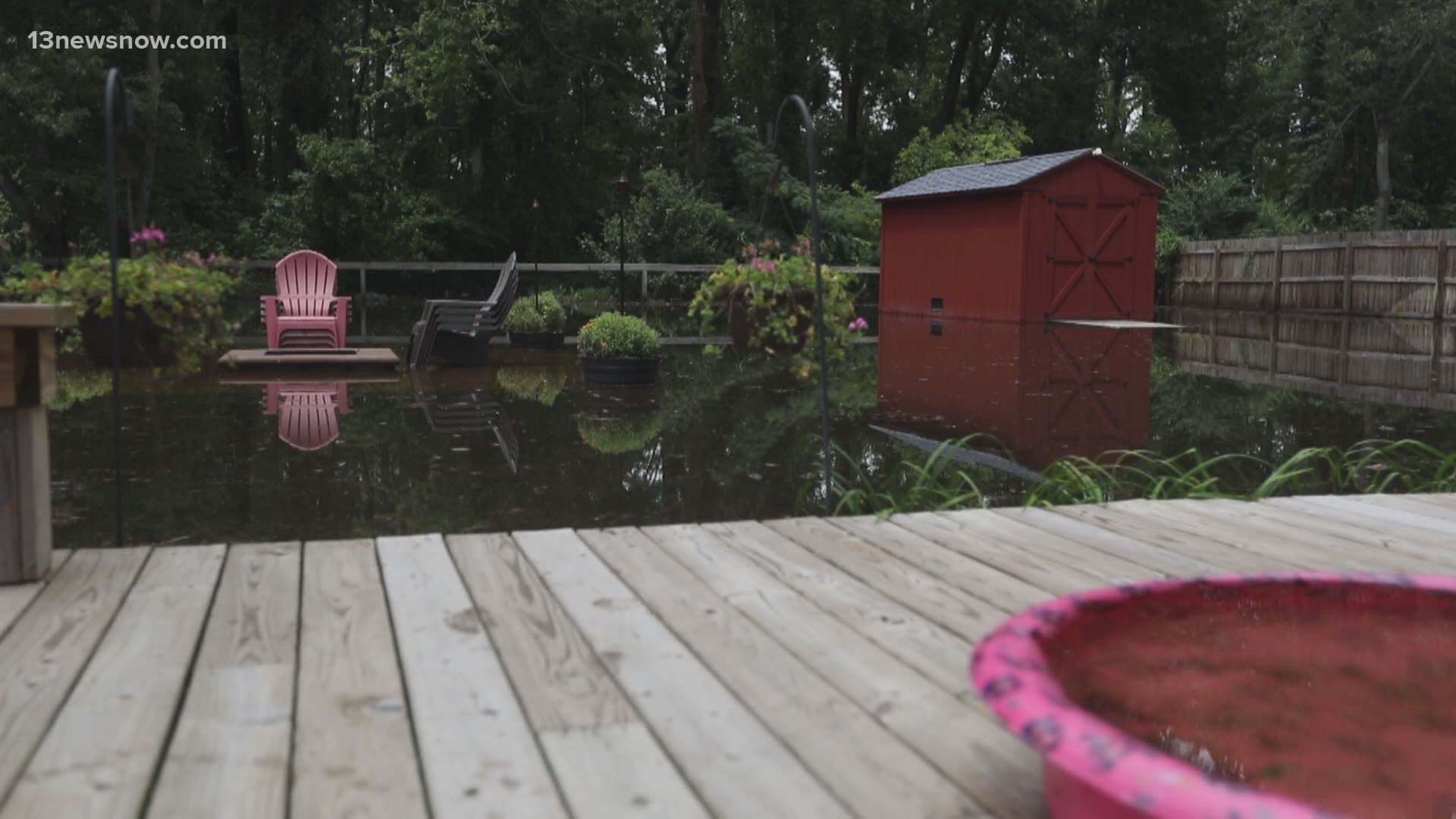 Jay Seacrist’s lawn now looks like a lake. Seacrist was on vacation in Ashville with his wife, when he said their Ring doorbell kept going off.

He explained, “When someone would drive by, quite a few people out here with some high 4-wheels, they would drive by and the waves would cause the Ring to go off. “

Seacrist said they had to pack up and head home.

“I notified my sister-in-law who was looking over the house. She called me and advised me that there was about 10 inches of water inside the house,” he said.

A flash flood is to blame for roads and homes flooding. Virginia Beach Public Works Spokesperson Drew Lankford said some parts of the city saw between five and six inches of water in less than two hours.

He said, “When you get something like that in an area like this where you are surrounded by water and creeks and canals, everything fills up and there’s only so much you can do.”

Lankford said crews used vacuum trucks on Friday. They cleaned out storm drains, checked pump stations, and made sure the water receded in the affected neighborhoods.

“The biggest fear right now is the ground getting so soggy and then when a big wind comes along all of a sudden we got an even bigger problem with fallen trees and power lines out,” he said.

Seacrist said after this latest flood, he’s hoping city leaders finally fix what he calls poor drainage in his neighborhood. Lankford said upgrades on the cities stormwater systems are part of a long term plan, already approved by city council.

Seacrist said he’s thankful he has insurance and he’s hoping for no more rain!

Flooding in Virginia Beach from Storm on August 6, 2020