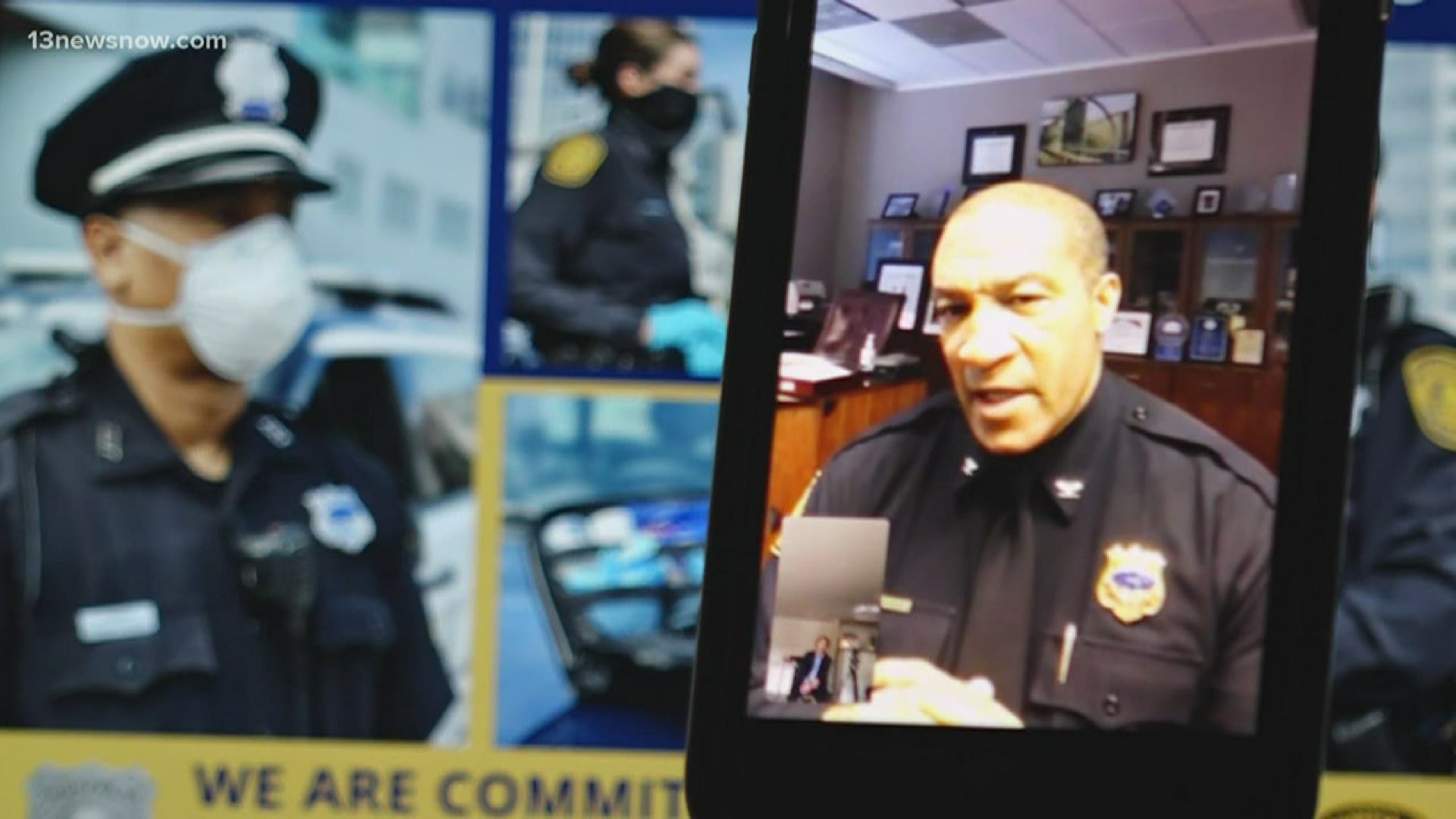 Zucaro detailed the incident in a letter to his officers. He said it was disturbing, and warned Virginia Beach's police officers that Floyd's death may drive a wedge between the public and police in the immediate future.

"I share this story with you as an opportunity to reflect upon our training and to serve as a reminder that our actions, positive and negative, affect all who wear a similar uniform," he wrote.

The interim police chief made sure to remind his team that kneeling on suspect's necks was totally banned in this precinct.

"While the incident in Minneapolis further highlights the racial sensitivities we must continue to improve upon throughout our country, the actions of those officers involved should be considered disturbing regardless of the race, gender, or ethnicity of the person who was handcuffed and being subdued on the ground," he wrote.

Newport News' Chief Drew apologized on behalf of law enforcement to the public.

He echoed Zucaro, saying the Minneapolis man's death would impact police relations even in Virginia. Drew said it should make everyone take a second look at policies, leadership and police training.

"It also sends a rippling effect across this profession, it makes us all take a step back and look at our training, our culture and what we do," Drew said.

A Message from Chief Drew regarding the tragedy in Minneapolis

A Message from Chief Drew regarding the tragedy in Minneapolis

Posted by Newport News Police Department on Thursday, May 28, 2020

Drew said in the video that he'd be visiting the Newport News Police recruit class to talk over the incident with the newest generation of officers joining the team.

"It is my hope that we never experience a situation that we’re seeing across this country and in Minneapolis, I hope that we never see it again," he said. "But I know those things happen, we’ve seen them through the years. We have to continue to strive to do better."

In a statement, Hampton Police Chief Sult said professional policing "cannot tolerate and must continue to condemn the abuse of any citizen, no matter their race."

He went on to say: "The Hampton Police Division and I remain committed to the pursuit of fair and equitable justice in our city. We strive to influence others to hold the same level of commitment. Incidents like these, while isolated, can have a lasting ripple effect across the nation. The death of George Floyd is certain to have a negative impact on the perception of police in Hampton as well. Thus we will continue to work relentlessly to maintain and develop relationships, build trust, and partnerships with our community."

The police chiefs wrapped up their public messages with a call to remain accountable and thanking people for community support of their officers.

"Take time to reflect upon your training, experience and fellow officer to engage the difficult with understanding and patience without sacrificing our collective safety for each other and our citizens," Zucaro wrote. "Always remember, our community supports our efforts."