One day after a peaceful protest against racism and police brutality turned to chaos and damage, police enforced a new curfew, clearing out Atlantic Avenue. 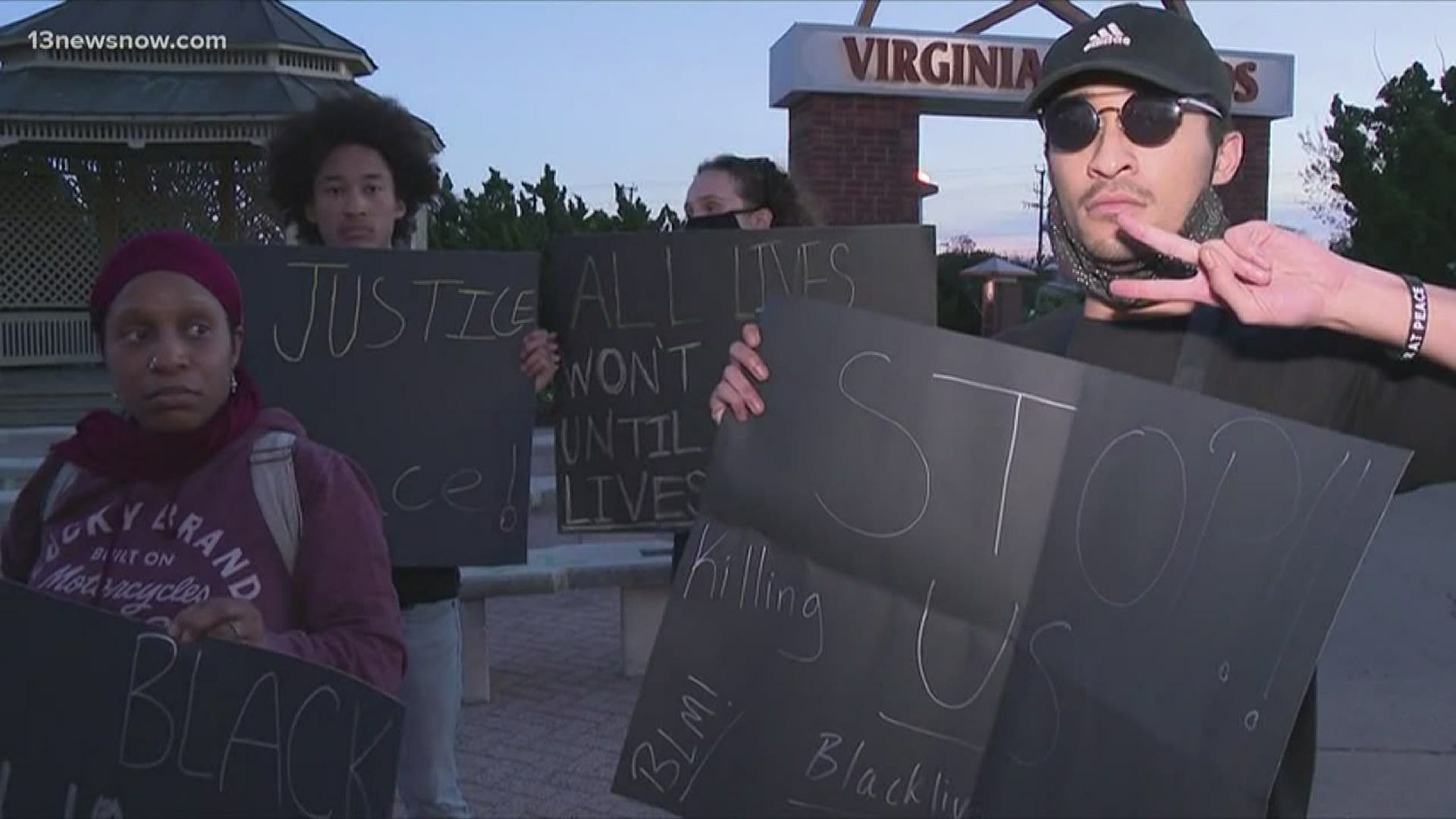 VIRGINIA BEACH, Va. — Virginia Beach Police enforced a new curfew at the Oceanfront on Monday night, clearing streets that were filled with protesters on Sunday night.

Still, some people showed up in small groups to peacefully protest systemic racism. They said the fight isn’t over, even with restrictions.

Police started enforcing the curfew around 9 p.m. Officers said they would issue a warning first, then a summons, and then make an arrest on a third violation, if needed.

The curfew comes after a peaceful protest against racism and police brutality later turned to chaos and some rioting.

Monday night, Kelli Thomas accompanied two of her sons to protest at the Oceanfront once again. They held "Black Lives Matter" signs.

“I worry that they might not get home someday because some cop decided their lives don’t matter,” Thomas said. "It's time for the violence to end."

As the curfew started at 8 p.m., other isolated protesters at the Oceanfront spoke out against racism and police violence.

“An 8 o'clock curfew and I’m still here because our generation needs to take charge at this point," said Mark Gower. "Clearly people aren’t doing anything, we cannot go home until reform has happened.”

Some businesses at the Oceanfront are boarded up after windows and doors were shattered in Sunday’s rioting. A few hung signs in support of the Black Lives Matter movement, despite the damage.

“I’m tired of injustice and something needs to change and that’s why we need to make noise... but do it the right way, of course," said Joshua Ruiz.

Thomas said she will continue to encourage others to speak out, despite the restrictions.