Virginia Beach residents voiced opposition to a proposed apartment complex that might be built on Shore Drive. 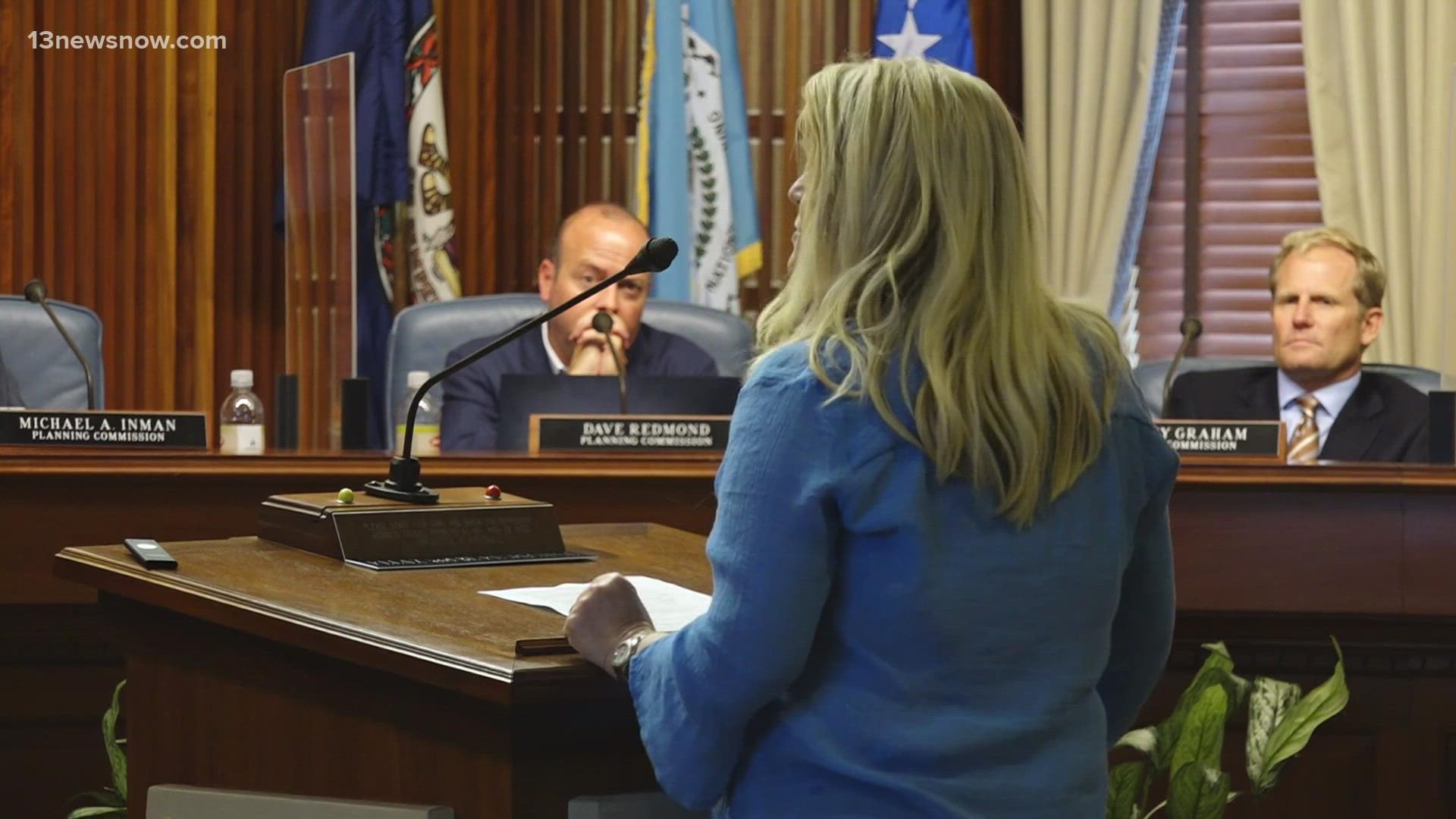 On Wednesday, after hours of debate, the Virginia Beach planning commission approved the developers' application to build the complex on Shore Drive.

Now, the commissioners' recommendation will go to city council members.

However, some homeowners who live by the plot of land where the complex might be are fighting to stop it from happening.

One by one, more than 20 people walked up to voice their concerns about the Marlin Bay apartment complex.

“Hundreds of residents have reached out to you to not approve this project," said one resident who attended the meeting.

The apartment complex would go at the corner of Marlin Bay and Shore Drive near the Ocean Park neighborhood. Right now, it's an old boat storage yard.

Ocean Park Civic League President Daniel Murphy has opposed the apartment since it was proposed.

“I think we’re in favor of a redevelopment of the spot, but we just think it needs to fit in within the historic Bayfront community of ocean park," Murphy said.

The Marlin Bay apartment developers' attorney said in the meeting that the project will not impact traffic and storm water for the area.

Commissioners debated whether the apartments, which include an outdoor trail and retail spaces, are a good fit  for the area. Some of them agreed to go forward with it.

Planning Commissioner Robyn Klein voted no.  She explained what happens next.

“I voted against it, along with two other commissioners. But the recommendation to City Council will be to approve the application," Klein explained. "It will be placed on their agenda in a public hearing that will allow residents to come back out again and share their thoughts."

Marlin Bay apartment developer John Peterson said he’s happy with the decision. He also said they have a long way to go, and are looking forward to speaking to the city council.

The next public hearing about the Marlin Bay apartments is at a Virginia Beach City Council meeting on Oct. 19, 2021.