The Virginia Beach police said between Memorial Day and Labor Day is referred to as the "100 Deadliest Days" for teen drivers. 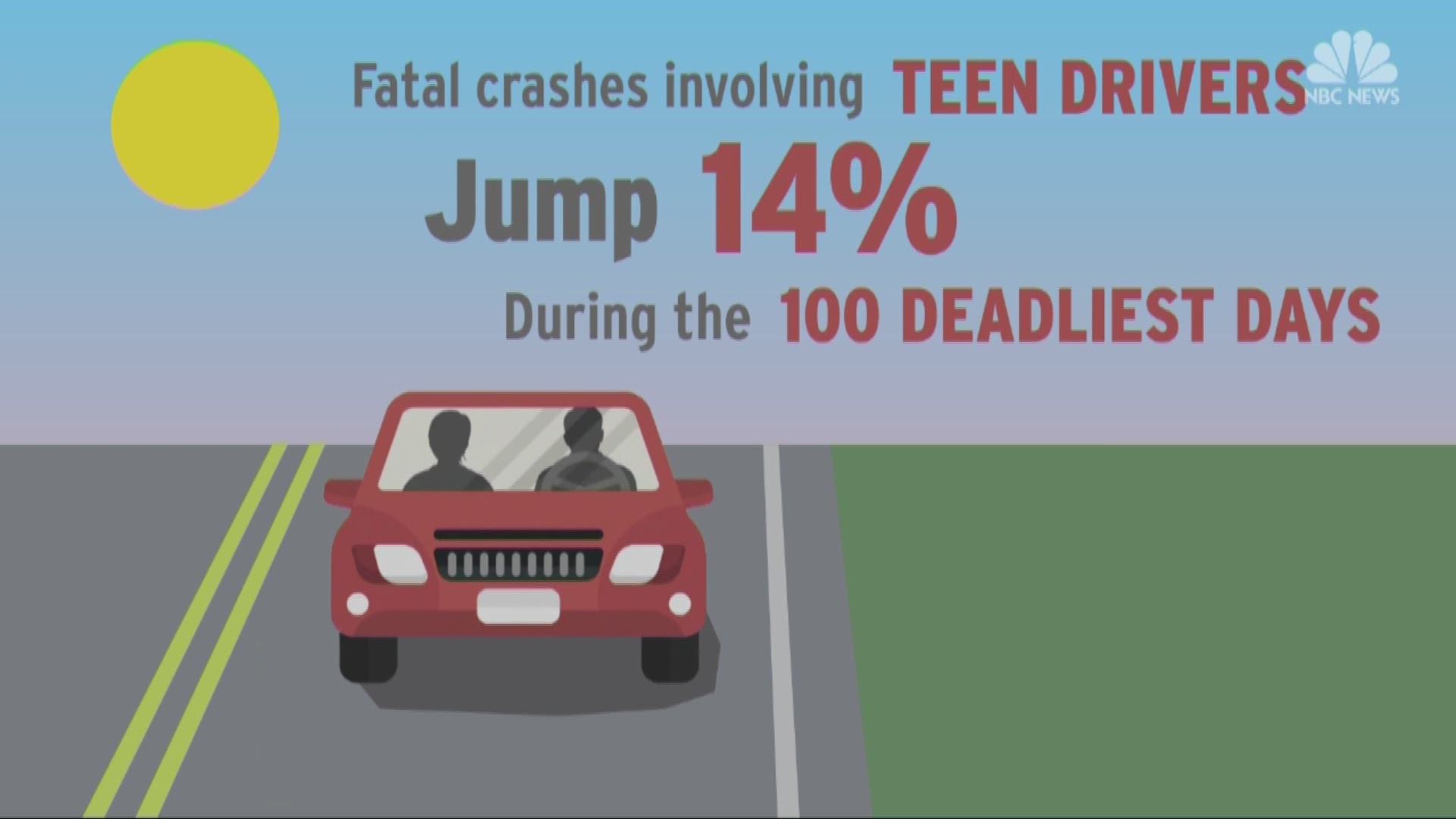 VIRGINIA BEACH, Va. — The days between Memorial Day and Labor Day are considered to be the "100 Deadliest," according to the Virginia Beach Police Department.

Since 2010, the "100 Deadliest Days" has claimed the lives of over 1,000 people each year in crashes involving teen drivers. That is an average of 10 people per day – a 14 percent increase compared to the rest of the year, according to data analyzed by the AAA Foundation for Traffic Safety.

Studies show that during this period teens are driving more frequently on unfamiliar roads and are carrying multiple passengers.

Many don't realize that passengers are very distracting and increase the risk of a teen driver having a fatal crash by 44 percent.

“The number of fatal crashes involving teen drivers during the summer is an important traffic safety concern and research shows that young drivers are at greater risk and have higher crash rates compared to older and more experienced drivers,” said Dr. David Yang, AAA Foundation for Traffic Safety executive director. “Through education, proper training, and involvement of parents, we can help our young drivers to become better and safer drivers, which in turn keeps the roads safer for everyone.”

However, if a driver, under 18, has had a license for one year they may carry up to three passengers under 21 in the following situations:

The Virginia Beach Police Department said that 29 percent of all fatal crashes involving teen drivers are speed related. They encourage all drivers to buckle up every time and don't drink and drive.