The Boxx bar on Atlantic Avenue closed down, and now the Virginia Beach Police Department is set to use the building for a new station. 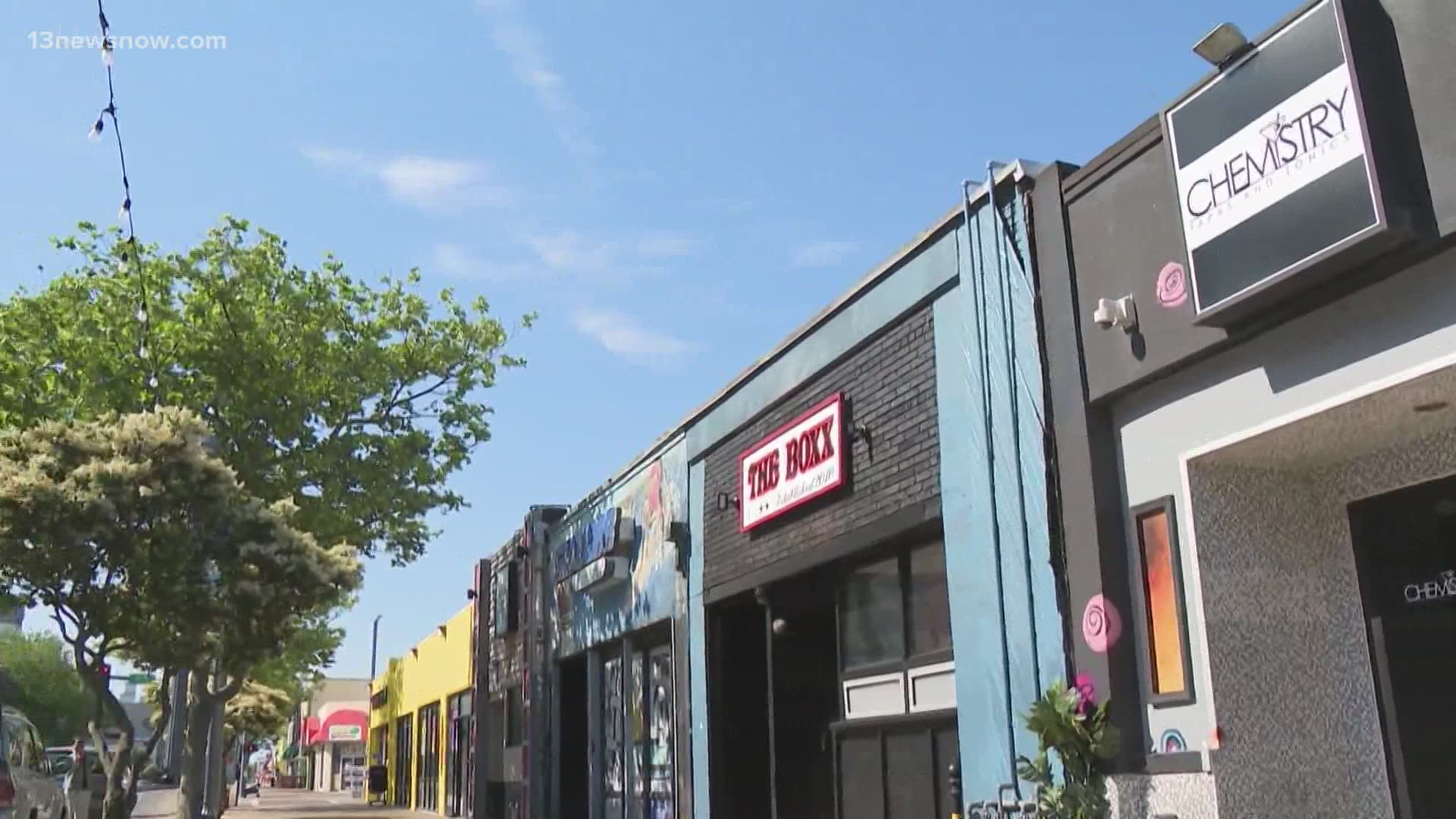 VIRGINIA BEACH, Va. — After a recent uptick in shootings along the Oceanfront, the Virginia Beach Police Department is working on getting more officers to cover the area.

The building will soon become a new police station, and a starting point for officers to patrol the Oceanfront. The Boxx bar already closed down, and owners were clearing out the space for the future station in late May.

Nicole Hillworth said she and her husband visit Virginia Beach from Staunton, Virginia, at least once a year. When they heard about the recent shootings like the one in March, she was hesitant to return.

"It was sad really," said Hillworth. "You just don't think it's ever going to get to this point."

Now, with the police department working to set up a station in this part of town, she thinks it could go one of two different ways.

"I think it could be good," said Hillworth. "Maybe it'll have more people down here. Maybe also people could communicate with the cops and build a relationship... or, it could make people nervous, with everything that's going on."

#NEW
We confirmed with Virginia Beach city officials — @VBPD is looking to take over The Boxx bar on 21st St at the Oceanfront.
This comes in wake of shootings along Atlantic and Pacific Avenues in the past couple months @13NewsNow pic.twitter.com/kuu0B9OTzw

She said the police department does bring a sense of comfort, but she also worried it could stop some people from going out to the bars.

"I feel like the intention is a good one," said Hughes. "Putting it between two bars, eh, maybe not. But I think in the end of it, it'll work out and benefit everyone down here."

Virginia Beach City officials said there was no set timeline right now as they prepared to renovate the bar to turn it into a police station.