Virginia Beach Police Chief readies for next chapter in his life

After 44 years on the beat, Virginia Beach Police Chief Jim Cervera looks ahead at "Chapter 2" of his life. 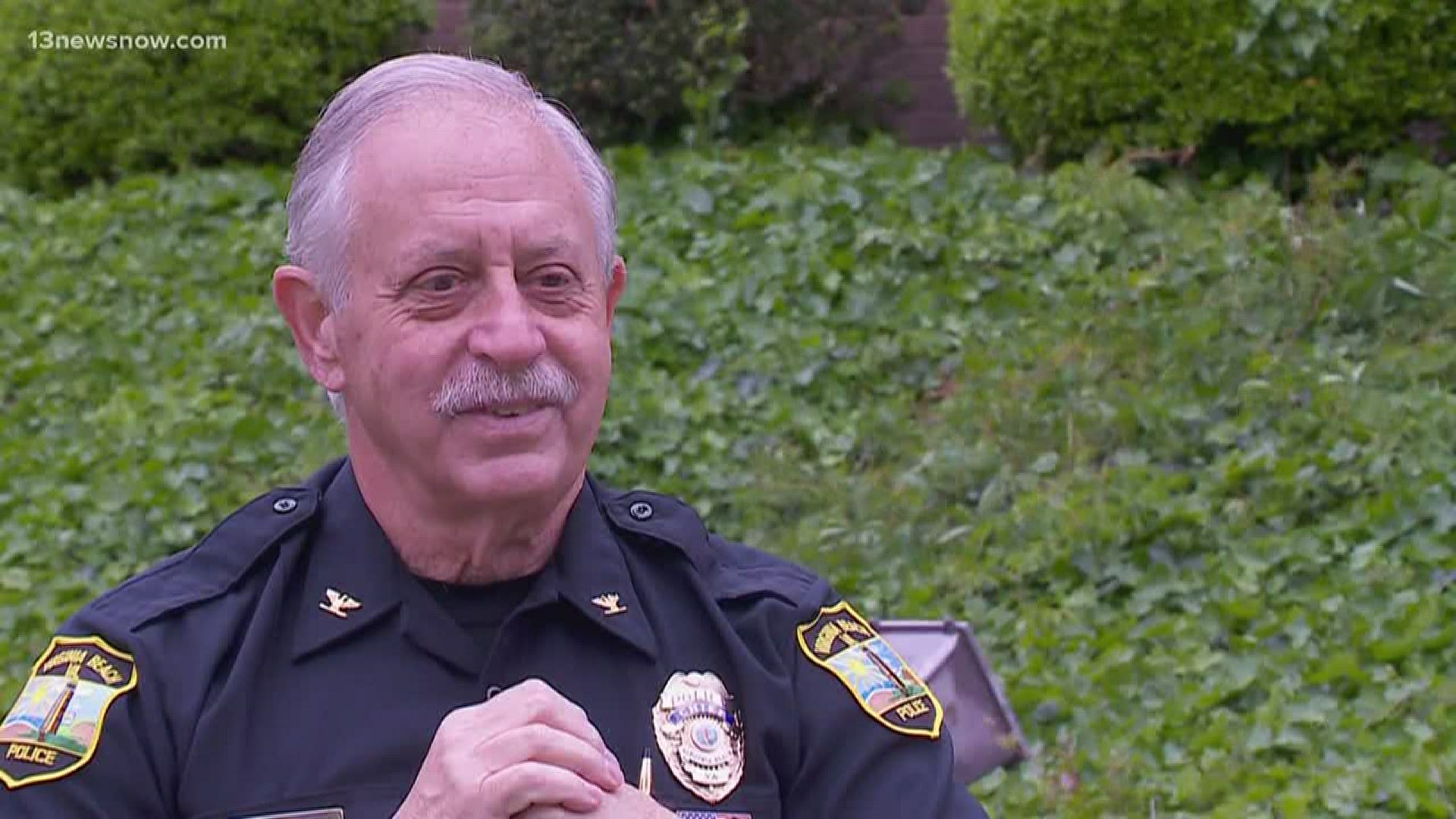 VIRGINIA BEACH, Va. — After more than 44 years as a cop -- first in New Jersey and now as chief in Virginia Beach -- Jim Cervera is about to turn in his badge.

"There’ll be something about not being chief. I'll be Jim. That'll be very interesting as we move forward," he said.

Just days until his retirement, Cervera told me he's finding a lot of support these days from family and fellow officers.

"I’ve always said, 'Let’s build a better world, one street at a time.' I hope we were able to do that in this area."

Cervera admits being a police chief is tough. You have to make decisions that not everyone is going to agree with, but he hopes people always saw one important thing in him.

"I cared about community. I think that's one thing I'd like to take away. That I cared about the community," Cervera said, adding he's most proud of the progress his department's made in community policing.

His biggest regret is that the city never built a state-of-the-art police training academy.

By far, Cervera's most challenging time as chief came a year ago when 12 innocent people were gunned down in Building Two at the Municipal Center. Five people were wounded in the rampage, including a police officer.

Credit: Ali Weatherton, 13News Now
Virginia Beach Police Chief James Cervera consoles a mourner at a memorial set up for the victims of the shooting at the Virginia Beach Municipal Center.

Amid the darkness, Cervera said the community came together, and he believes the area's strong military presence played a role in that.

Cervera said he wishes there was more positive coverage of the good work police officers do and acknowledges fences still need to be mended across the country between police and African-Americans.

"We've done some of that in Virginia Beach. We've talked openly, honestly, over the course of time. We have come to conclusions and solutions and we have worked together to lower crime," Cervera told me.

As for what's next for Jim Cervera?

"Chapter two," he said holding that close to his bullet-proof vest.

He said he plans to continue to give back to the community and admires the work of the Achievable Dream Academy and Operation Smile.

His goodbye to his officers will be virtual, a celebration of his service someday down the road.

"I hope one thing that you can say is I had a great experience. I really hope that we could move the department and the city into a better place. That's what it's all about," he added.