Electric Scooters can only be legally ridden in the trolley lanes along Atlantic Avenue. They're not allowed on the boardwalk or on sidewalks. 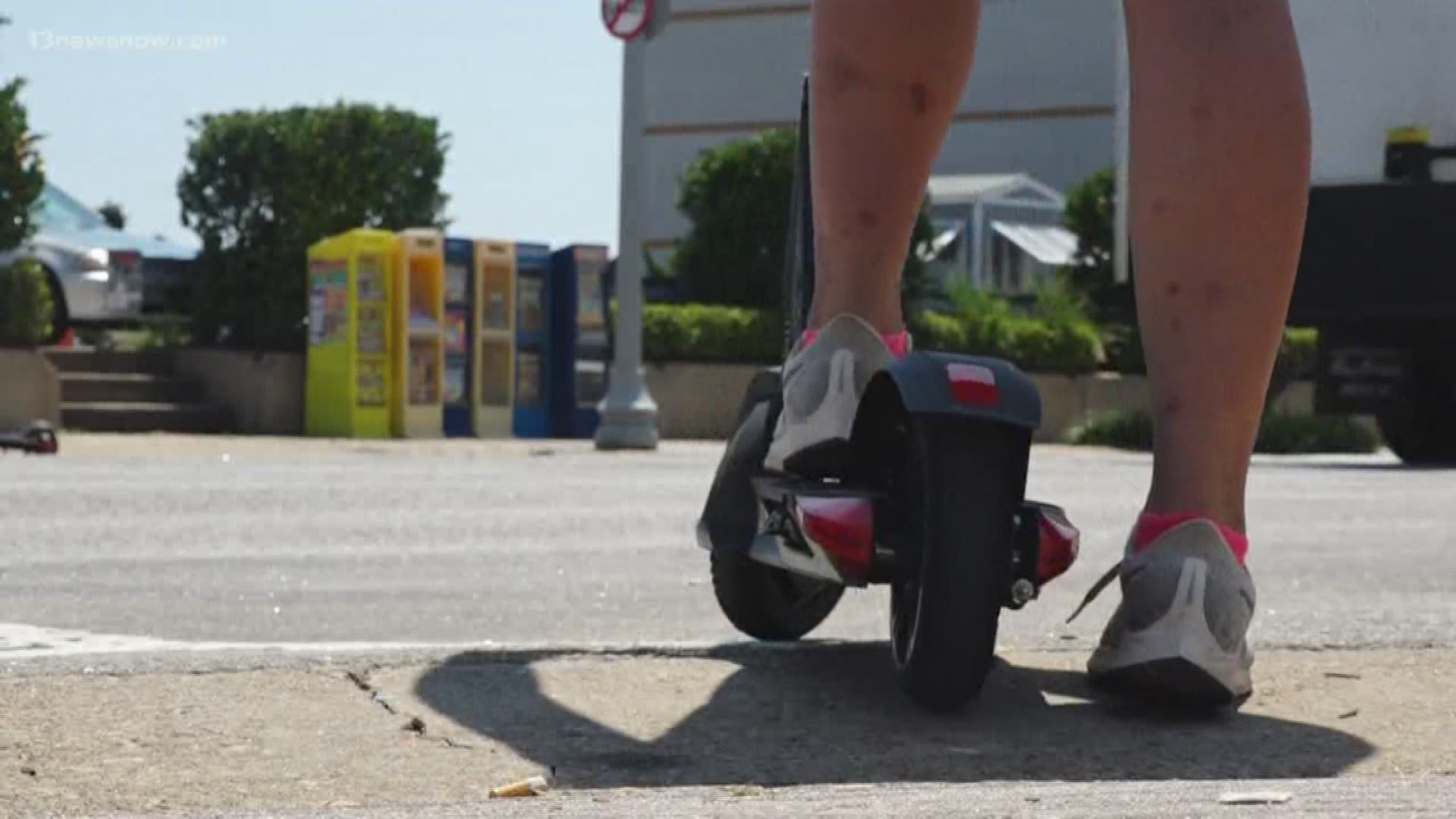 NORFOLK, Va. — The Virginia Beach Police Department is now handing out citations to electric scooter riders at the Oceanfront, a response to city policy that only allows the popular Bird scooters to be used in the trolley lanes along Atlantic Avenue.

Electric scooters are included in the interpretation of "motorized vehicle." The category is purposefully vague due to the ambiguity in the current reporting system. Scooters are grouped in the same class as go-karts, golf carts and riding lawnmowers. However, Bird Scooters are, by far, the most common vehicle in this class used at the Oceanfront.

Sydney Sansbury said she learned directions of where to ride her rented Bird Scooter on the Bird App, but saw many people riding illegally Thursday.

"I have definitely seen people riding on the sidewalks and boardwalk but we just follow the rules," Sansbury said.

Tourist Trafton Casey admitted he rode up and down the boardwalk Thursday before learning about the rules.

"I didn't have a clue," Casey said. "I'll be a little more careful now and watch out, maybe stay where I'm supposed to."