The new technology uses a remote device to discharge rope that wraps around a potential suspect. 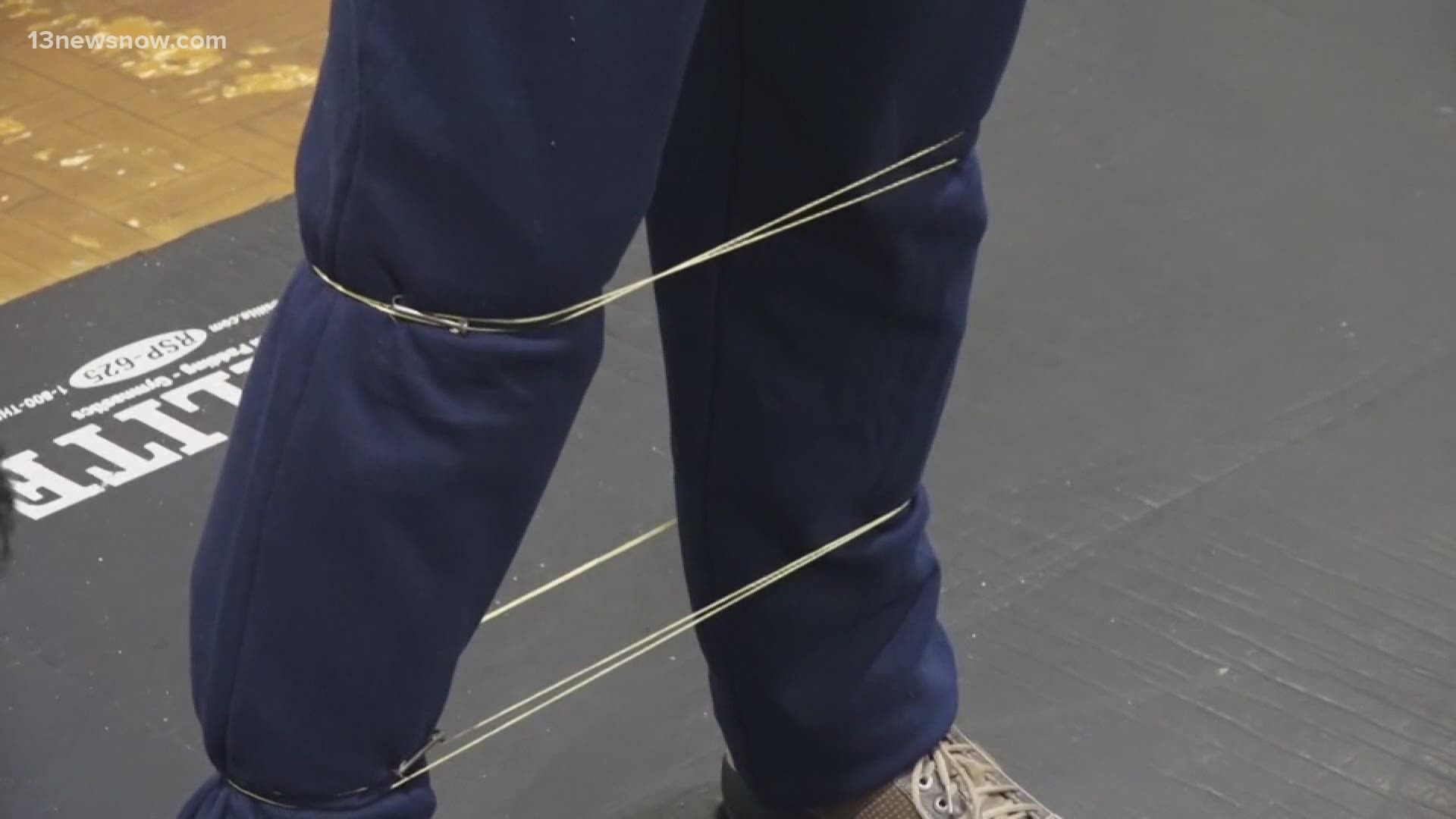 VIRGINIA BEACH, Va. — The Virginia Beach Police Department is looking for new, non-lethal ways to restrain people they want to take into custody.

One option is called the BolaWrap.

Tom Streicher, retired Cincinnati police chief and consultant for the company behind the device, explained it's a non-lethal remote restraint device used to, essentially, lasso a potential suspect.

“It will strap a persons arms to their side or it will wrap around their legs," Streicher said. "A person cannot run and flee.”

He said it’s a way to de-escalate police encounters, or restrain someone in the middle of a mental health crisis.

“This is not using force as we previously have known it," Streicher said. “If you look historically at issues between the community and the police, what does it always come down to? It’s a use of force.”

Here’s how it works: an officer will aim the device at a person’s legs, using a green laser as a guide, and with a press of a button, an eight-foot Kevlar cord shoots out at more than 500 feet per second, and wraps around the person’s legs or body.

Streicher said the device is pain-free compared to other weapons police officers use.

"All the other devices, all the other weapons if you will, that police agencies historically use - be it chemical irritant, some type of foam rubber bullets, a night stick, a Taser, a firearm, whatever it is - it is designed for pain compliance. That is, there’s going to be pain delivered to you until you submit to the officer," he said. "This doesn’t do that.”

But it’s not in use by the Virginia Beach Police Department, just yet.

Lt. Scott Wichtendahl said Chief Paul Neudigate wants officers to try out the device, in training only, to see if it’s a good fit.

"Chief Neudigate came and he wanted to see if there were other, less lethal options the department could take advantage of," Wichtendahl said.

“We’re actually in the test and evaluation phase. We’re trying to determine whether or not we should pursue this equipment, whether it will fit with our community.”

Wichtendahl said it’s too early to talk about how it will de deployed across the force, and the cost.

“We want to look at it, see what it is, we want our training staff to evaluate it with our patrol officers to determine if it’s appropriate for us to use," he said.