Police have arrested Ditron Thigpen who's accused of murdering a man in Virginia Beach. 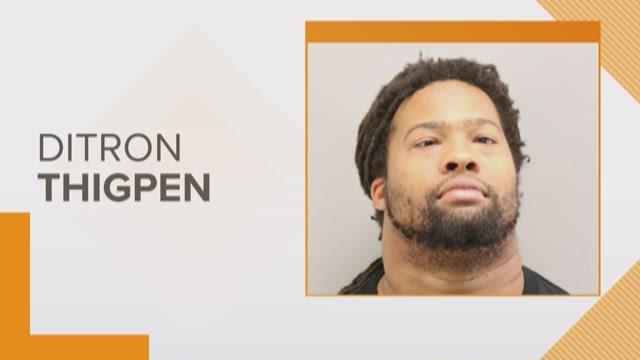 VIRGINIA BEACH, Va. — Police have identified both the suspect and the man he's accused of murdering early Saturday morning in Virginia Beach.

Police received a call at 1:07 a.m. Saturday for a man that had been shot.

When police arrived at the scene in the 1000 block of Atlantis Drive, they found Lane suffering from a gunshot wound.

Virginia Beach EMS crews provided first aid, but he died at the scene.

The Virginia Beach Police Department Investigative Division Homicide Unit is investigating. There is no suspect information.

Anyone with information on Thigpen's whereabouts is asked to call the Crime Line 1-888-LOCK-U-UP.

There is no further information at this time.

RELATED: Man charged in attack, stabbing that took place outside courthouse in Chesapeake