The single-vehicle wreck happened on northbound on Oceana Boulevard at the "S" curve. Oceana Blvd is shut down between Bells and Potters roads. 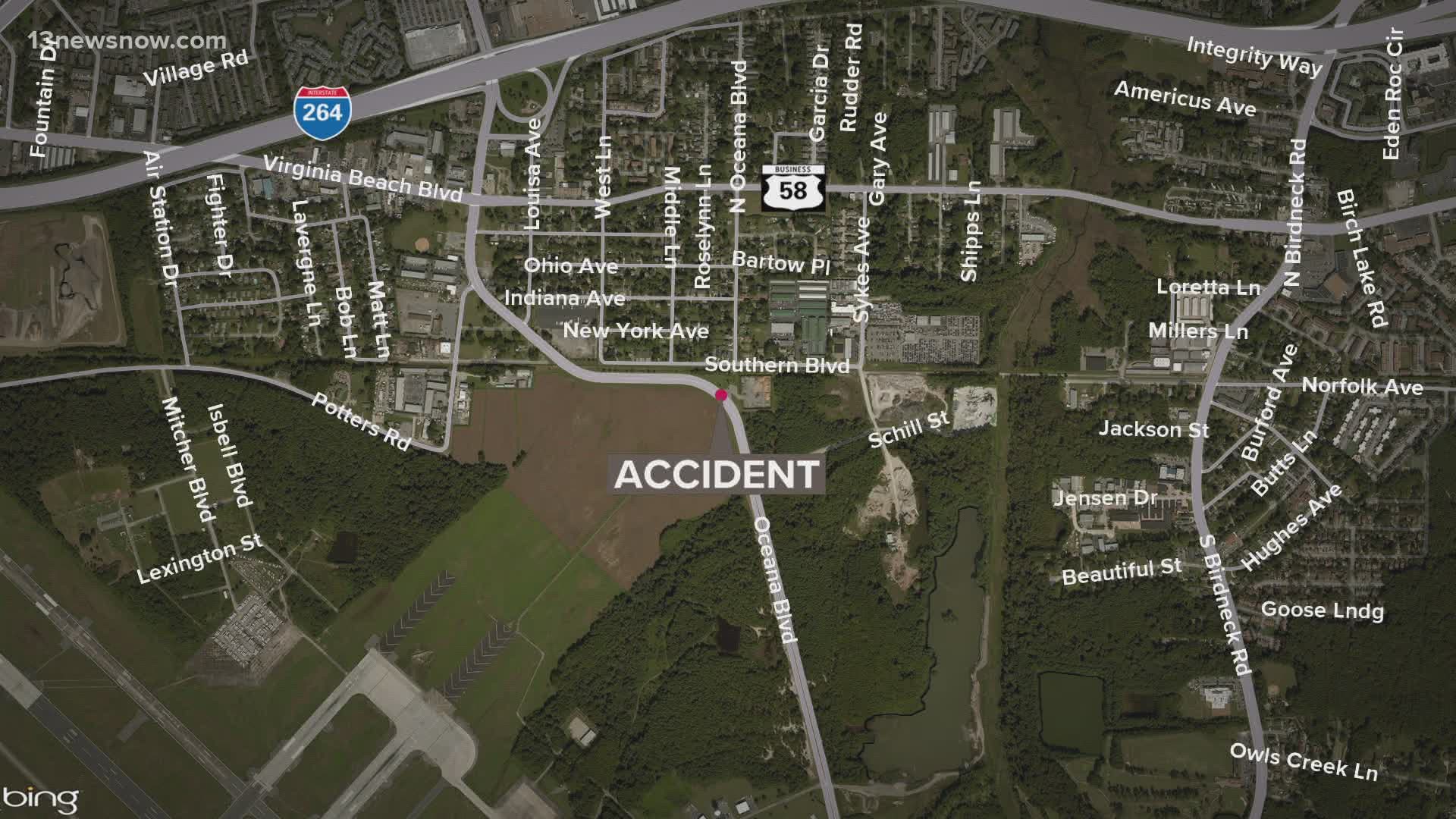 VIRGINIA BEACH, Va. — Virginia Beach Police said it is investigating a crash that led to a fatality early Saturday morning.

Police sent out a tweet saying the single-vehicle wreck happened on northbound on Oceana Boulevard at the "S" curve.

On Monday, police said the driver of a 2018 BMW 330i had lost control, and the car went into the median where it crashed into a tree and caught on fire.

Police tweeted that they think speed and alcohol played a part in the fatal crash.

In the release, officials identified the person who died as the passenger in the car, 21-year-old Joseph Jaime Adorno IV.

The driver, Jafet Martinez, 20, was arrested and charged with driving under the influence and involuntary manslaughter.

He's being held in the Virginia Beach City Jail.

Viewer Jerry Hoyt, sent a picture from the scene early that morning.

VBPD on scene of a single vehicle, fatal crash northbound on Oceana blvd at the “s” curve. Oceana is shut down between Bells Rd. and Potters Rd. More to follow as info becomes available. @CityofVaBeach pic.twitter.com/v7JrFHUYoR