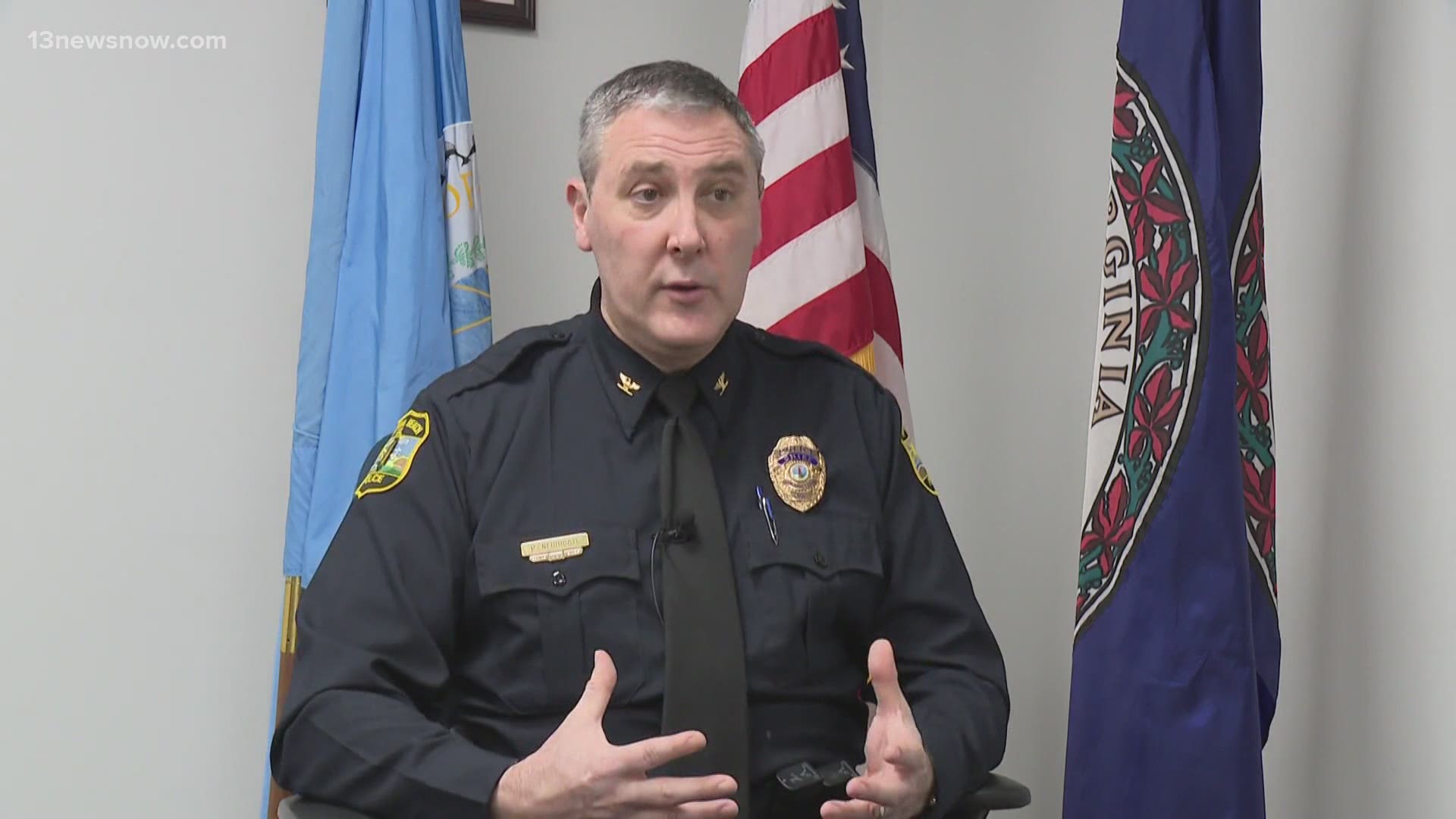 VIRGINIA BEACH, Va. — The Virginia Beach Police Department provided 13News Now with the latest data showing a large disparity with race and ethnicity in its employees.

“There’s no secret that we do not match the demographics of our city," said Virginia Beach Police Chief Paul Neudigate.

The long list of ethnic backgrounds in the VBPD’s data shows more than 80 percent of sworn officers are white.

“At this time, we approximately have seven percent of our workforce is what we would classify as African-American, which nowhere near matches the roughly 18 or 19 percent that is represented in the City of Virginia Beach," said Neudigate.

Neudigate explained these numbers are not new to Virginia Beach. He said it’s a struggle to hire and keep qualified recruits.

The data also shows a large gap between minority officers who have the rank of sergeant and above with more than 91 percent of those positions being white officers.

Neudigate is working with officers to increase diversity.

Neudigate highlights more officers are needed to help create more programs to provide a better relationship with the public.

“A community liaison squad of a sergeant and four to five officers per precinct that will face daily with community engagement to help the community navigate what their concerns will be," said Neudigate.

The Virginia Beach police department has 92 positions to fill.