Virginia Beach Police Chief Paul Neudigate tweeted a picture of the group of officers who will support the security for President-elect Joe Biden's inauguration. 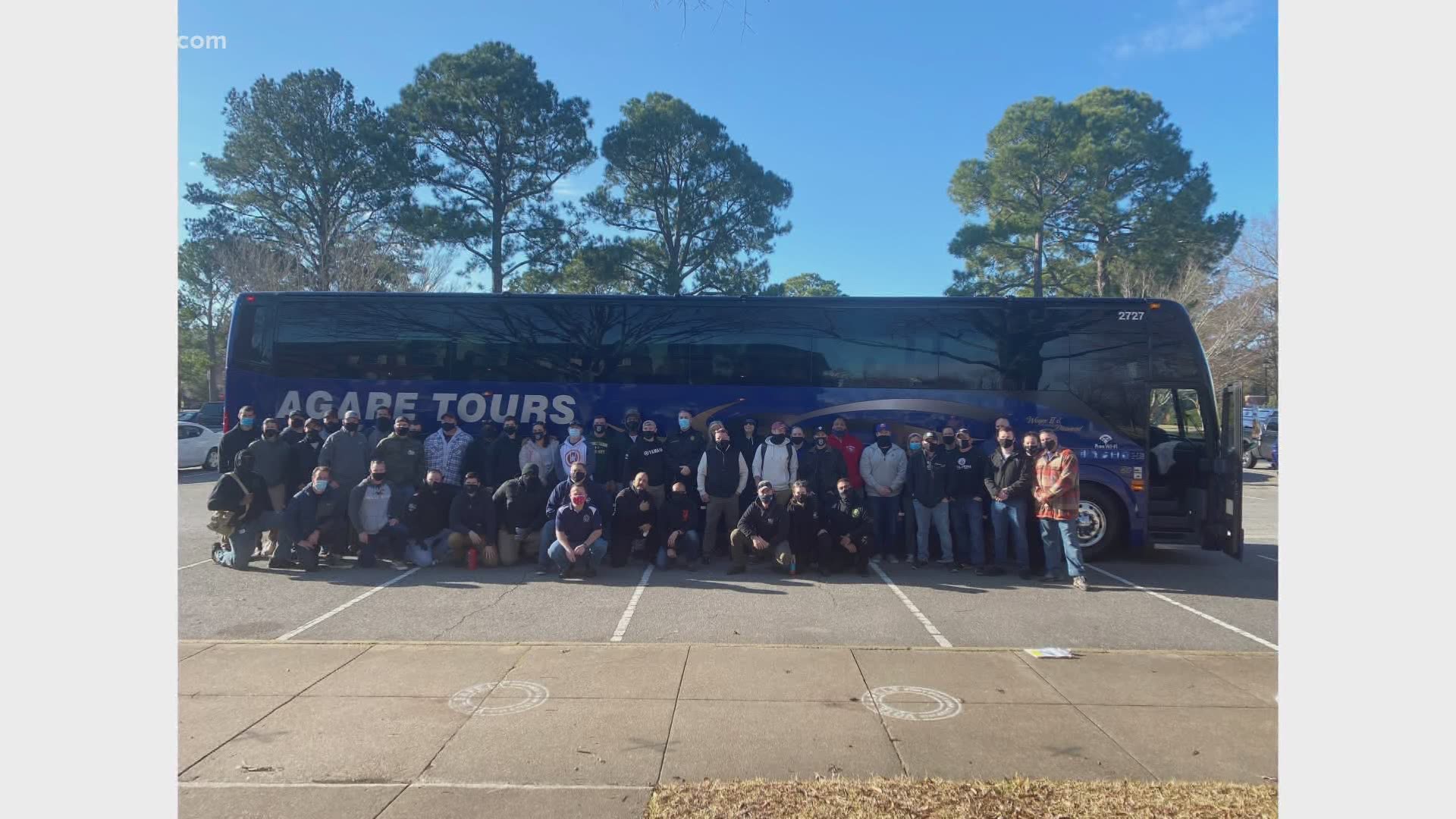 VIRGINIA BEACH, Va. — Several Virginia Beach police officers are being sent to Washington D.C. just a couple of days ahead of Inauguration Day.

Virginia Beach Police Chief Paul Neudigate tweeted a photo of numerous officers in front of a bus bound for D.C. and was there for their sendoff.

The officers are being sent there to assist with security details for President-elect Joe Biden's inauguration.

"Sending officers to assist with the security detail for the inauguration was coordinated months ago," VBPD Public Information Officer Linda Kuehn told 13News Now, adding that the riots at the Capitol did not prompt their involvement.

Kuehn also said Virginia Beach has assisted other high-profile events in other jurisdictions in the past, including previous presidential inaugurations.

"The recent events at the Capitol are obviously still on people’s minds, and we are hopeful that Wednesday brings nothing but a peaceful event," she said.

Chief Neudigate, along with a group of our Police Chaplains meet with the contingency of VBPD officers who are traveling to D.C. today to assist with security details for this weeks Presidential Inauguration. We look forward to their safe return! pic.twitter.com/XDIRDf1bTp

Federal officials are on high alert over the inauguration and are taking necessary precautions to heighten security at the U.S. Capitol nearly two weeks after an insurrection and riot took place at the building.

The FBI is vetting 25,000 National Guard troops who will be stationed at the inauguration as concerns mount about a potential insider attack.

Amtrak has suspended its Northeast Regional service south of D.C. on Jan. 19 and Jan. 20 due to safety concerns.

Authorities are still investigating the Capitol siege and have arrested many people for their part in the riot. Many of them face federal charges, including a number of people from the Hampton Roads area.