Police have detained two people in connection to a shooting on Ocean Trace Lane. Authorities say two other people remain at large. 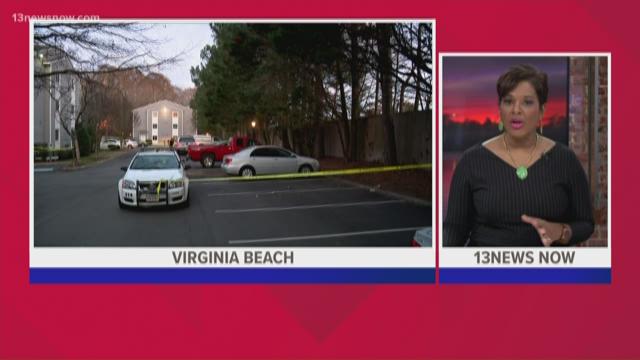 VIRGINIA BEACH, Va. — A person was shot in Virginia Beach, and officers are trying to track down the person who pulled the trigger on Wednesday.

In a tweet, the Virginia Beach Police Department said a person suffered non-life threatening injuries after a shooting in the 1100 block of Ocean Trace Lane.

Police were called to that location just before 4 p.m. The victim said they were going to take themselves to the hospital, but told officers about a suspect vehicle they'd need to look out for.

Around 5:10 p.m., there was a heavy police presence in the area of North Lynnhaven Road and Mustang Trail as officers searched for the suspect.

Authorities ended up finding the suspect vehicle heading west on I-264 and followed it as the driver took an exit onto Lynnhaven Parkway.

The pursuit ended at the 3000 block of Pinewood Drive where the car stopped and the suspects bailed and took off on foot. A female suspect was detained, but three other suspects got away.

A police helicopter, police K9 and more authorities were called to the area to help in the search for the other suspects.

During the search, a second person was taken into custody. Two black male suspects are still on the run.

No other information has been released at this time, but this is still a very active investigation.