As they marched to City Hall, they were met by counter-protesters. The two groups went back-and-forth, separated by a line of police. 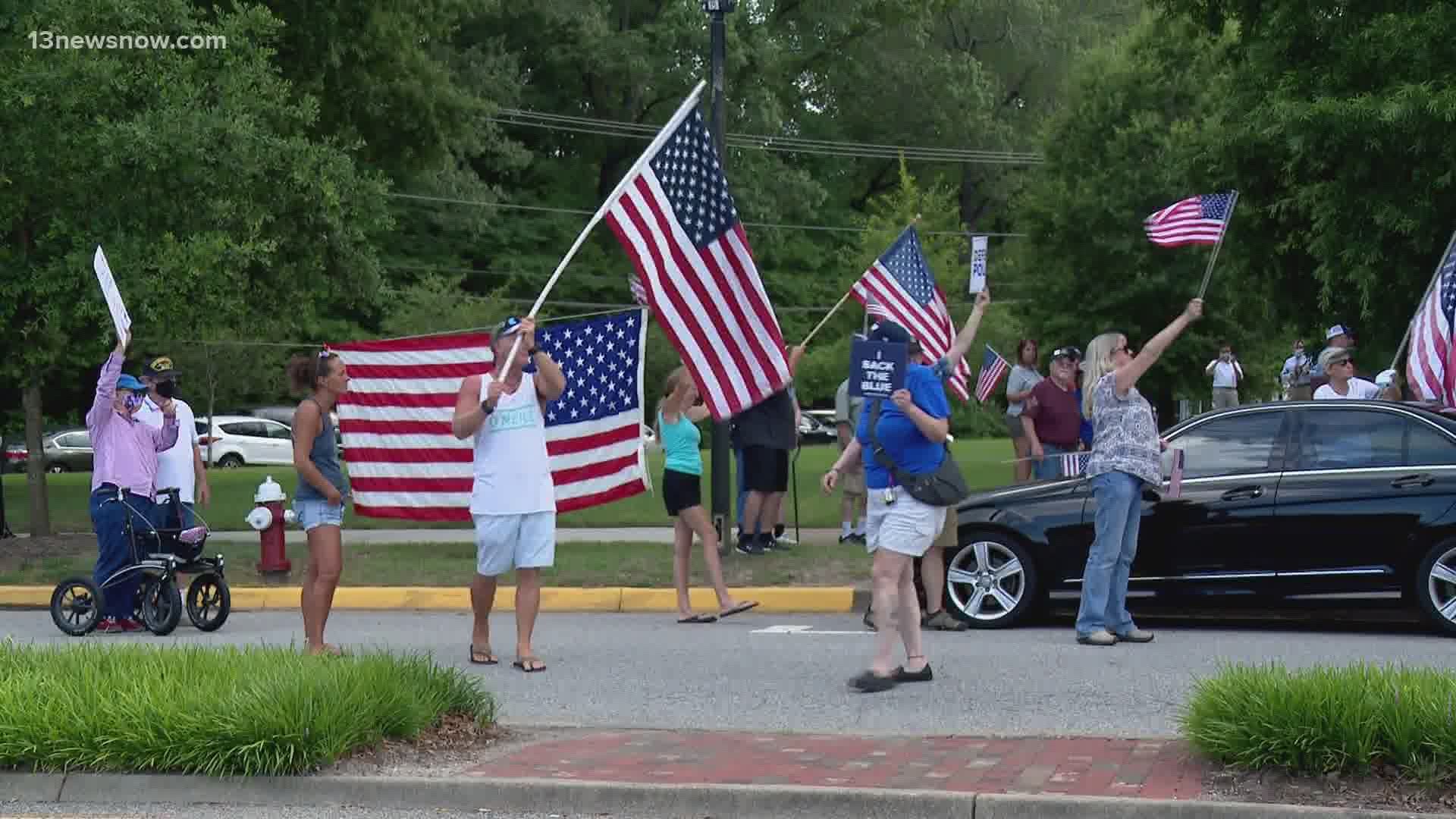 VIRGINIA BEACH, Va. — Protesters were outside of Virginia Beach City Hall on Tuesday. They want a Citizens Review Board that would hold Virginia Beach Police officers accountable.

As they marched to City Hall, they were met by counter-protesters. The two groups went back-and-forth, separated by a line of police.

The organizer said he planned the Town Center march a few weeks back.

"We brought it to Mayor [Bobby] Dyer, we brought it to his councilmen, and it hadn't been put on the agenda at all," said Damien Stennett. "We brought it to them constantly and they haven't done anything. So, we negotiated. Now it is time to demonstrate and resist, if need be."

You can see police are in the middle of both groups. #13NewsNow pic.twitter.com/kBPwDsv8O3

The organizer of the original protestors says Chief Zucaro told him any arrests made today were because someone assaulted a police officer, and someone was in the road instead of the sidewalk. #13NewsNow pic.twitter.com/uLLSGbznES