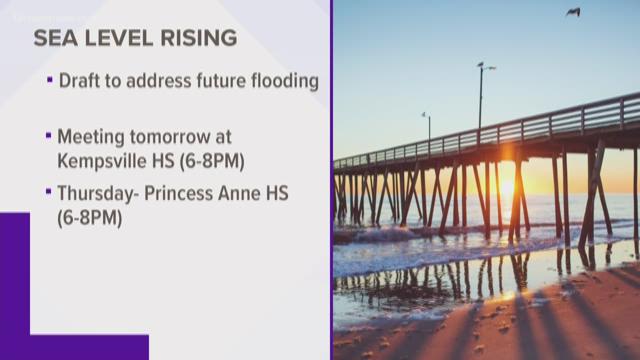 The report addresses current and future flooding risks throughout the city. Citizens are urged to attend and give their input before completing the final draft.

Working with Dewberry over the last 18 months, Virginia Beach Public Works Engineering has been conducting studies and developing long-term plans to combat the growing risks and projected effects of sea-level rise throughout the city.

Here's a breakdown of meetings for the draft:

Drew Lankford with the Virginia Beach Public Works Department said the rate of relative sea-level rise (SLR) in the Hampton Roads region is within the top 10 percent of the nation. Long-term records of water level gauges in southeast Virginia show SLR trends that are almost twice that of the global average.

This trend of SLR increase is expected to continue and is projected to accelerate through the end of the century.

View the full plan below: 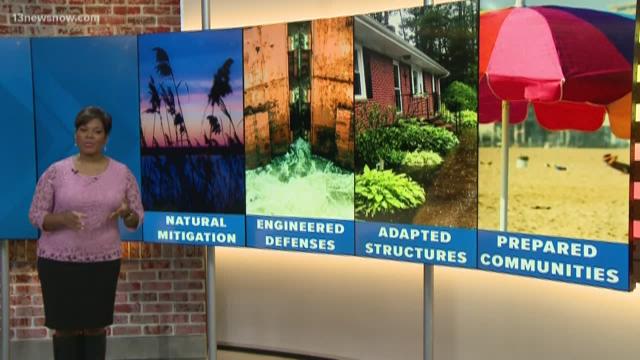