Virginia Beach's latest Resort-Area Ambassador program's main purpose is to make the Oceanfront experience better, including how safe people feel in the area. 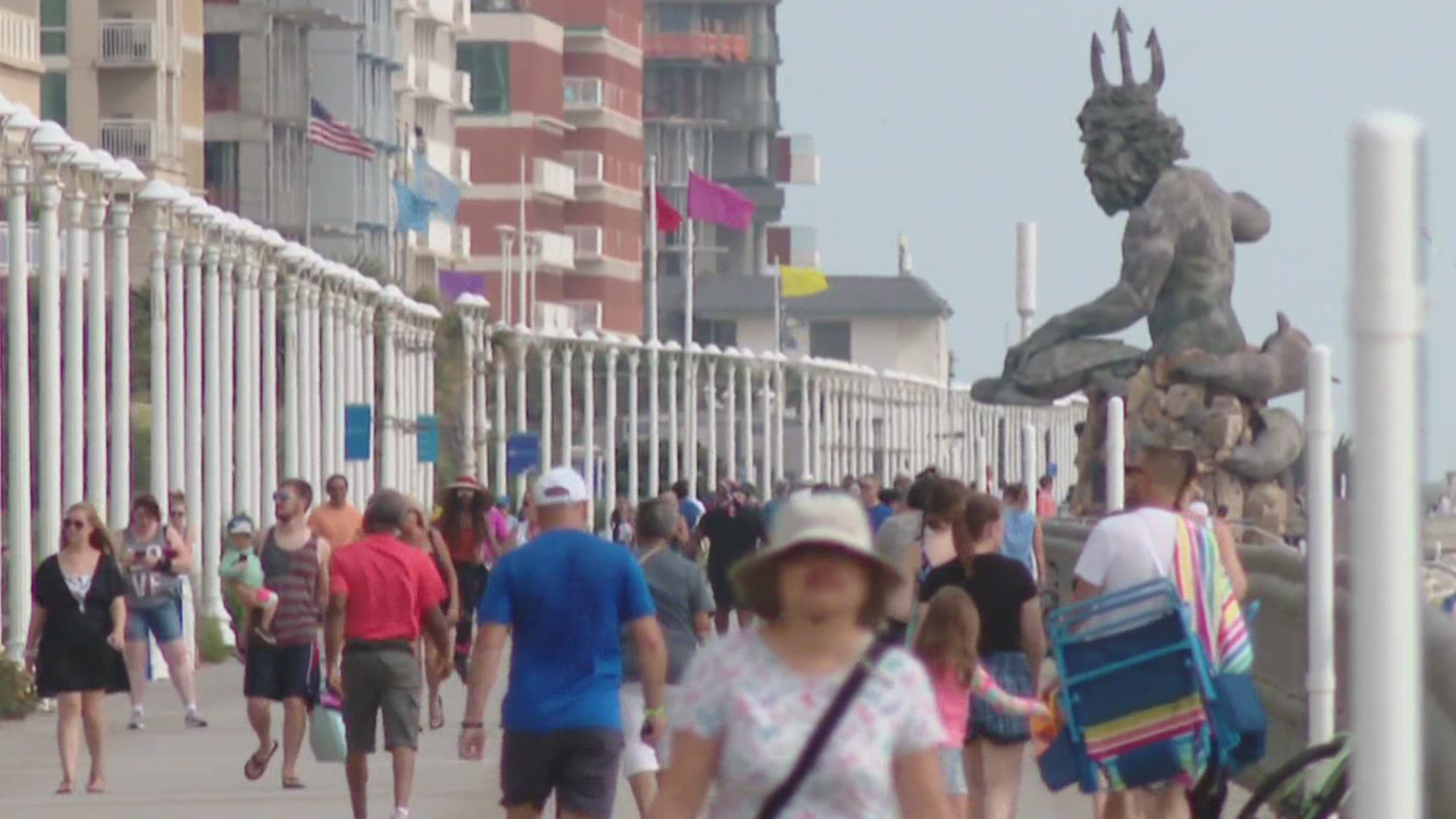 VIRGINIA BEACH, Va. — Matt Fluharty, a Resort Ambassador or "Block by Block" Ambassador, started on the first day of the program.

Since then, he said he feels like a big help to the people.

Fluharty said his daily job includes helping people find directions to restaurants or lost and found locations, as well as making sure trash doesn't build up in places along the boardwalk.

However, Fluharty's job goes beyond basic duties. He also keeps an eye out for trouble.

"If we see something that is out of the ordinary, we try to make sure that we keep our team at least, let them know to make sure, just as a precaution," explained Fluharty.

This part of the initiative was developed after the Oceanfront shootings in March where Donovon Lynch and Deshayla Harris were killed, and several others were injured.

Since then, two other shootings happened outside popular restaurants.

Virginia Beach Police Chief Paul Neudigate encouraged the ambassadors to help his staff, expressing how he is trying to bring more officers on his force.

Virginia Beach's latest 'Resort Ambassador' program's main purpose is to make the Oceanfront experience better, including how people feel safe in the area...
We meet one ambassador who says his daily job is to keep an eye on things on @13NewsNow at Noon pic.twitter.com/1VnLGej4wL

While Ambassadors like Fluharty say they aren't security guards, they said they have important roles in spreading the word and notifying authorities if they see something go wrong.

"Things do get out of hand sometimes and we just need to have the best possible eyes out there to keep the people safe," said Fluharty.

The program consists of a team of 30 ambassadors that will patrol all 40 blocks of Atlantic Avenue, stretching from Pacific Avenue to the bike path. The crews will hyper-focus on the central resort area, from 15th to 25th streets.

However, they still need more people to join the program.

Acting Resort Manager Brian Solis said the starting pay is around $13 an hour. Anyone interested can check out the Block by Block website.