"The entire resort, every single person is communicating on a daily basis and everyone is very nervous." 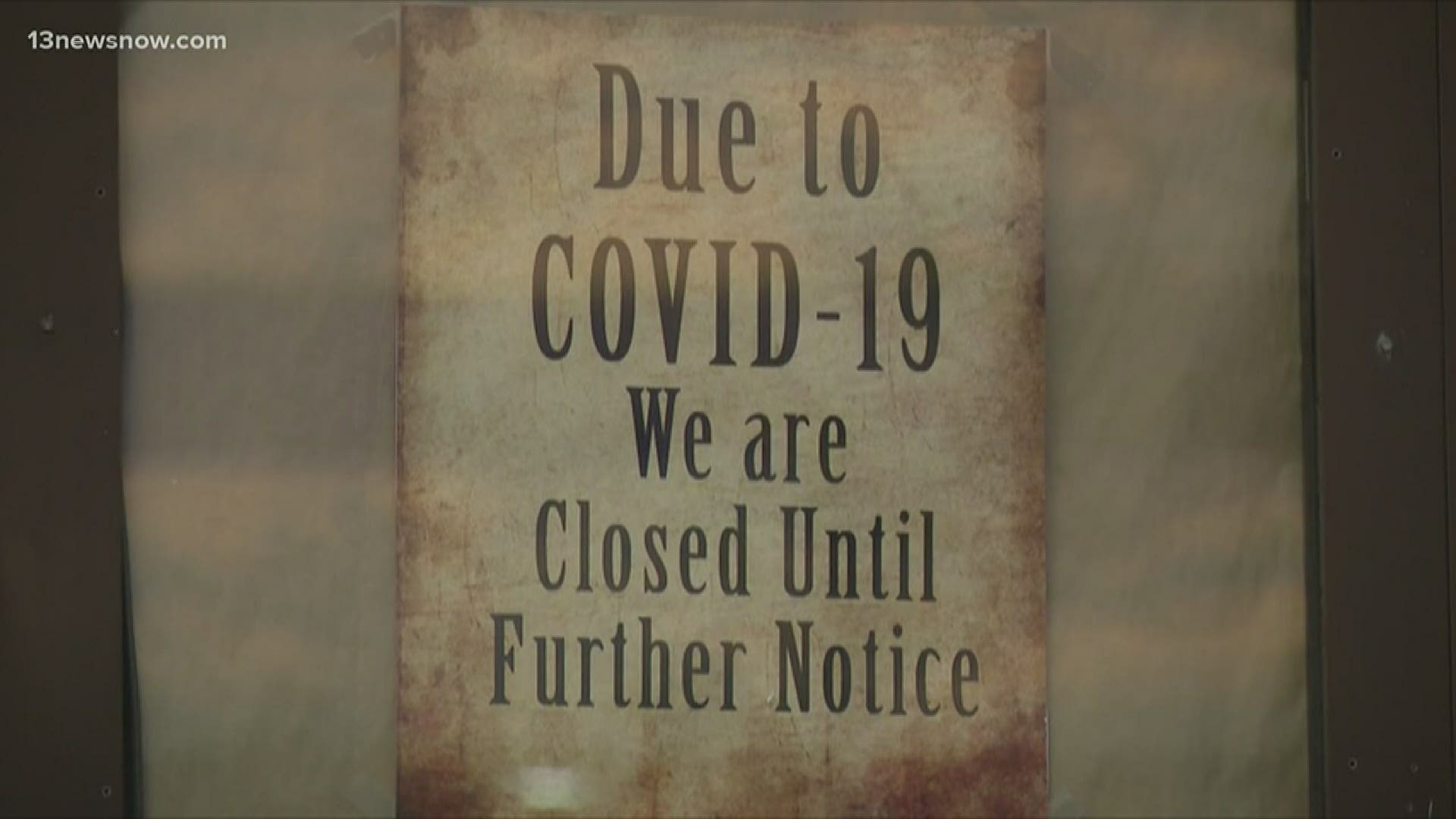 VIRGINIA BEACH, Va. — Something in the Water was supposed to bring in the concertgoers and a variety of musical guests to Virginia Beach this week. Instead, the nights are quiet, as stay-at-home orders continue.

But will this cut into the summer season? Oceanfront businesses sure hope not. The Virginia Beach Restaurant Association wants to open sooner than May 8.

“We are 98 percent down for the month,” said restaurant owner Mike Standing.

Standing is trying to keep his doors open. He is surviving off a grocery market at The Shack, after closing Waterman’s Surfside Grille and Chix on the Beach.

“We are very nervous,” Standing said. “The entire resort, every single person is communicating on a daily basis and everyone is very nervous.”

Now, all eyes are on the summer season and the need for a plan.

“I think what is really important is that we get together, and the city leaders and the business people are on the same page,” Standing said. “And we aggressively move forward to attempt to salvage what we have lost this year.”

On Friday, the Virginia Beach Restaurant Association sent Governor Northam a letter asking to open dine-in services before May 8.

“The suggestion would be to be starting within the next week,” said the Association Executive Director Stacey Shiflet. “Opening up for the first few weeks with 50 percent capacity and looking at 75 percent after that. Eventually getting back to 100 percent occupancy.”

Shiflet worries if they can’t get back to some sort of normal soon, many restaurants won’t survive.

“In Virginia Beach, about 80 percent of your restaurant employees have been furloughed or let go,” Shiflet said. “The revenues are probably 10 to 15 percent of what was forecasted.”

Convention and Visitors Bureau’s Tiffany Russell said in March 2019 hotel occupancy was at 61.4 percent. This past March, that occupancy dropped to 37.8 percent.

“Everyone wants to put this behind us,” Berlucchi said. “There is just no guarantees on when that will occur, until it is safe.”

He said the future may include adopting new customs to align with a new normal.

Standing hopes businesses can work with the city to keep tourists interested.

“Not pulling back on our marketing dollars for the city and letting the world know that we are open for business this summer,” Standing said. “We have things that we can social distance with. We have beautiful lakes, the ocean, and wide-open beaches.”

If not, he said doors will close.

“I think we are going to be surprised if there are not a whole lot of vacancies after this year,” Standing said. “We don’t want people to go out of business. We want everyone to thrive and do well.”

The city is going over the budget on Wednesday night. Shiflet said the restaurant association, hotel association, and convention and visitors bureau are requesting that the tourism, advertising dollars are increased to get things back to normal.

RELATED: Breaking Virginia's stay-at-home order could be a Class 1 misdemeanor