The board adopted the policy in a 7-3 vote Tuesday night. 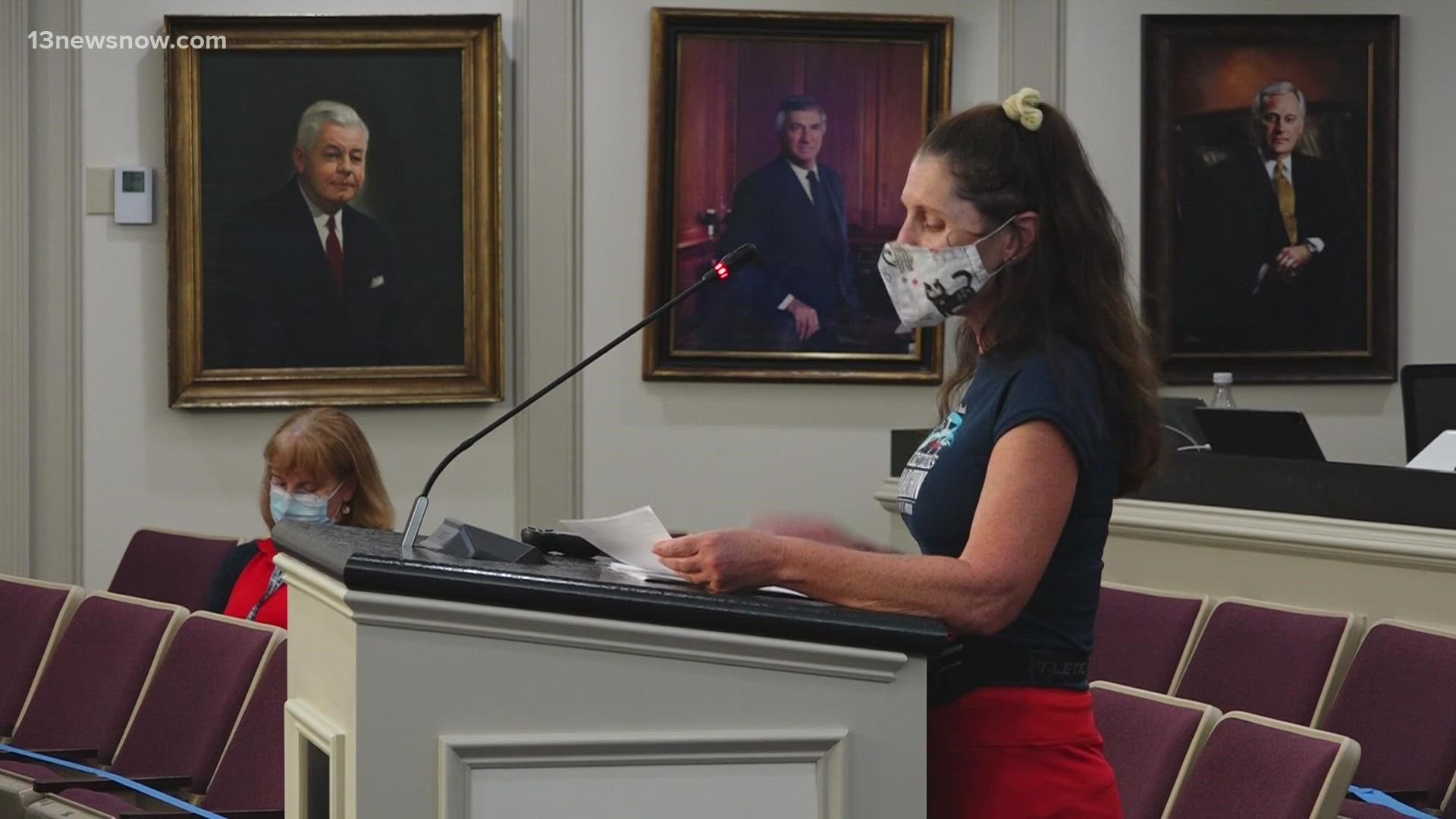 VIRGINIA BEACH, Va. — After deciding to postpone the vote on the transgender policy, the Virginia Beach School Board has finally made a decision.

During a meeting Tuesday night, the school board voted to adopt the policy in a 7-3 vote.

The board was initially supposed to vote on the matter on August 24,  before school started.

However, they decided to postpone that vote saying the board members needed to review the policy before they could make a decision.

The policy goes under the already existing anti-bullying and non-discrimination rules within the school division. However, this new policy aims to help protect transgender students.

It includes rules regarding teachers using students' preferred pronouns and creating safe resources for students to seek help if they need it.

In prior meetings, many parents argued both for and against the policy.

New state law requires boards to pass policies to protect students who don't identify with the gender they were assigned at birth.

The policies were required to be passed by the time school started, but Virginia Beach did not meet that deadline.

The board's chair said they did their best to get that done, but simply could not.

Some boards did not adopt it or simply did not vote. Others approve it, or voted against it but said they would reconsider in the future.