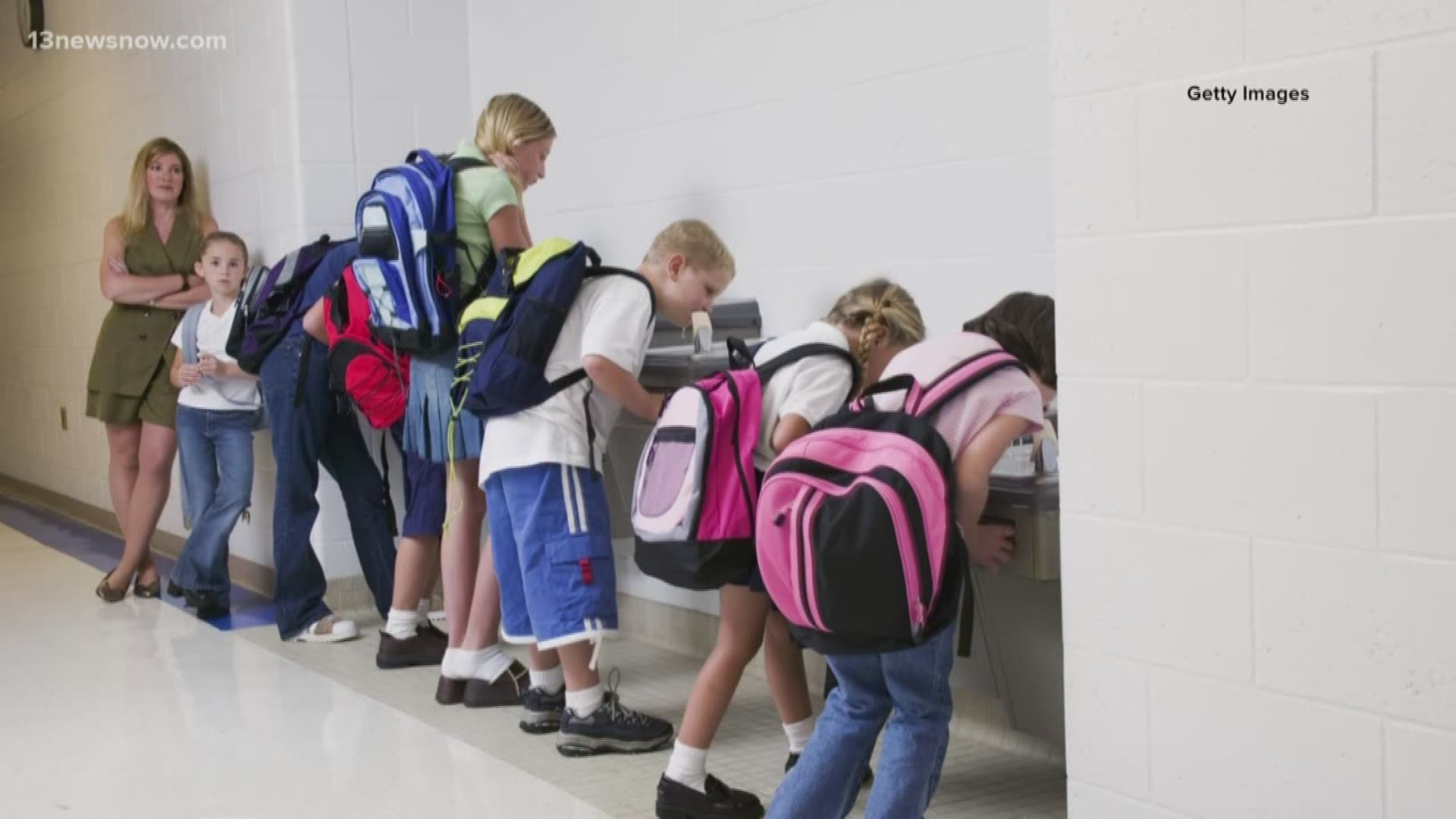 VIRGINIA BEACH, Va. — Virginia Beach City Public Schools officials are stepping up to fix the problem after water testing done over the summer revealed 27 out of 33 schools had "actionable levels" of lead.

The tests started in mid-September and finished in mid-October.

Chief Operations Officer, Jack Freeman, addressed the criticism they received about how long it took for them to get the information out to the public and addressing that has become a part of the action plan moving forward.

"The after-action review is a comprehensive review of what occurred and how we can better improve our processes, but that's a piece of what we're asking them to do. Who knew what and when, and what actions should've occurred when we learned," said Freeman.

He said learning has been a big part of what happened in the last few weeks.

The schools also got help from the city manager to make sure they have an expert on hand.

"Susan Sadowski, who works for the city, has come over to support us in our water testing program. When she took a look at the program, she wanted to slow down a bit. We're not testing one school a week. She's being very involved and detailed in the process of how we're conducting the testing," said Freeman.

The original plan was to test all pre-1986 schools before the end of the year, but the new recommendation is to have it done by the end of January 2020, based on the expert's analysis.

Freeman said they're also working on legislation that can help provide more guidance for this sort of testing in the future.

"There really wasn't the legislative guidance you would think would be there to help guide our efforts. So, as part of the process, we're going to have the contractor look at and recommend that we want to work with our legislators to be able to improve the legislation so that it's more clear of what should be done," Freeman said.