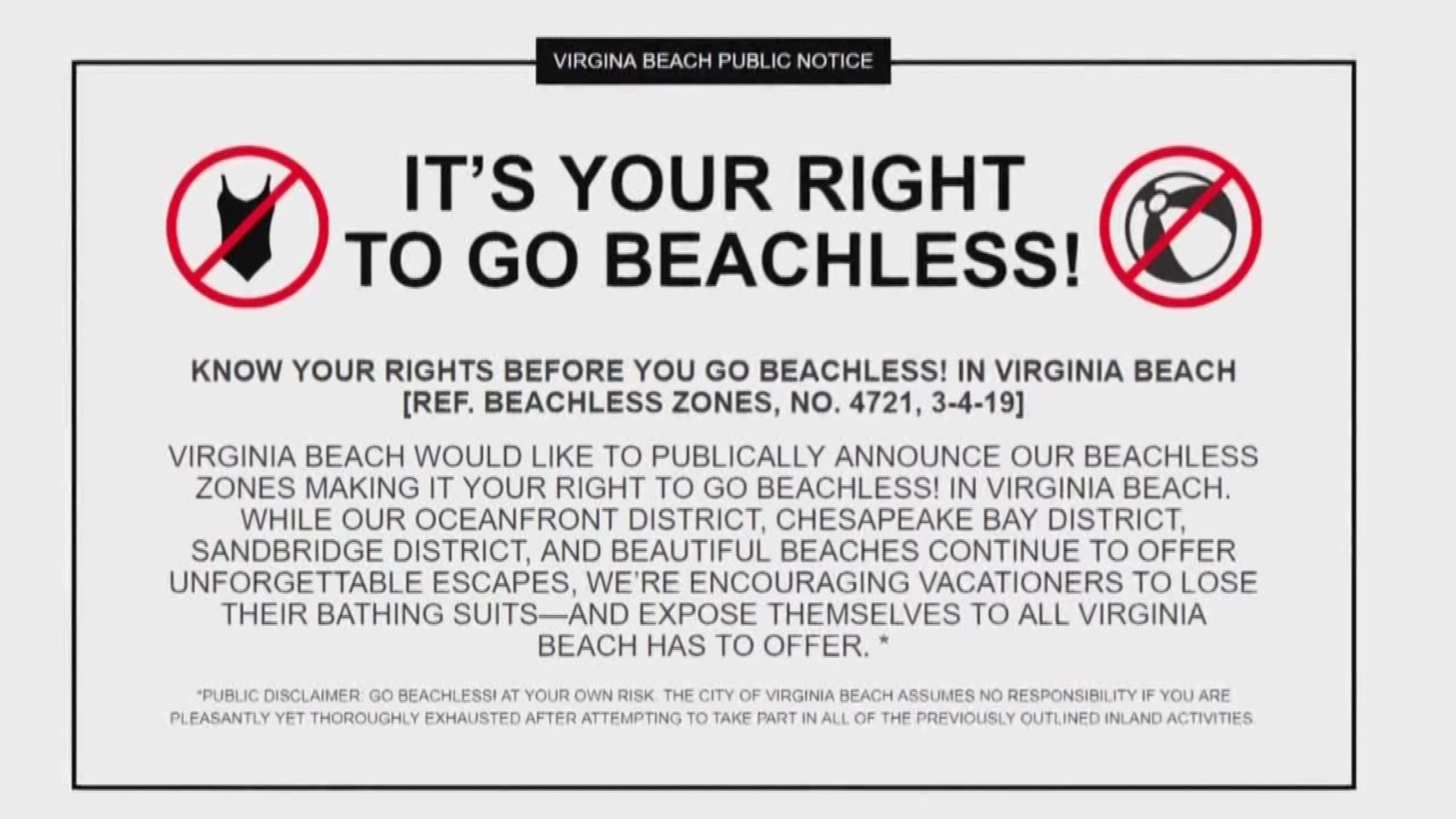 VIRGINIA BEACH, Va. — It was a bold campaign that ran across the country that caused some controversy, but Virginia Beach city leaders said the message worked and brought more tourists to the area.

“It was such a unique and different approach to tourism that really surprised people. They engaged with the creative, and they shared it all over the country,” explained Convention and Visitors Bureau’s, Tiffany Russell.

“I do feel very strongly based on the metrics we are seeing. The hotel performance and the revenue performance for 2019 that this campaign worked,” Russell said.

The thousands of shares on social media helped spread a bigger message to tourists. It explained to them that Virginia Beach has more to offer than water and sand. Russell said restaurant revenues are up almost 7 percent. The hotel occupancy is up 2 percent.

“That’s a tremendous indicator of tourism for us so we are really excited about those numbers and we are also very excited to see that it’s not just the Oceanfront, it’s Town Center that’s performing really well too,” Russell explained.

Russell said she plans to create another bold campaign next year and hopes to keep momentum going.

"Will it be as controversial, I don't think so, but we do think that we will hear from consumers who are going to be really pleased and excited," Russell said.

Similar to this year's message, Russell wants people to remember it. She said more details about next year's campaign are under wraps, but they'll release the ad next March.