Fresh from their Thanksgiving gatherings, shoppers were hungry for Black Friday bargains in Virginia Beach. 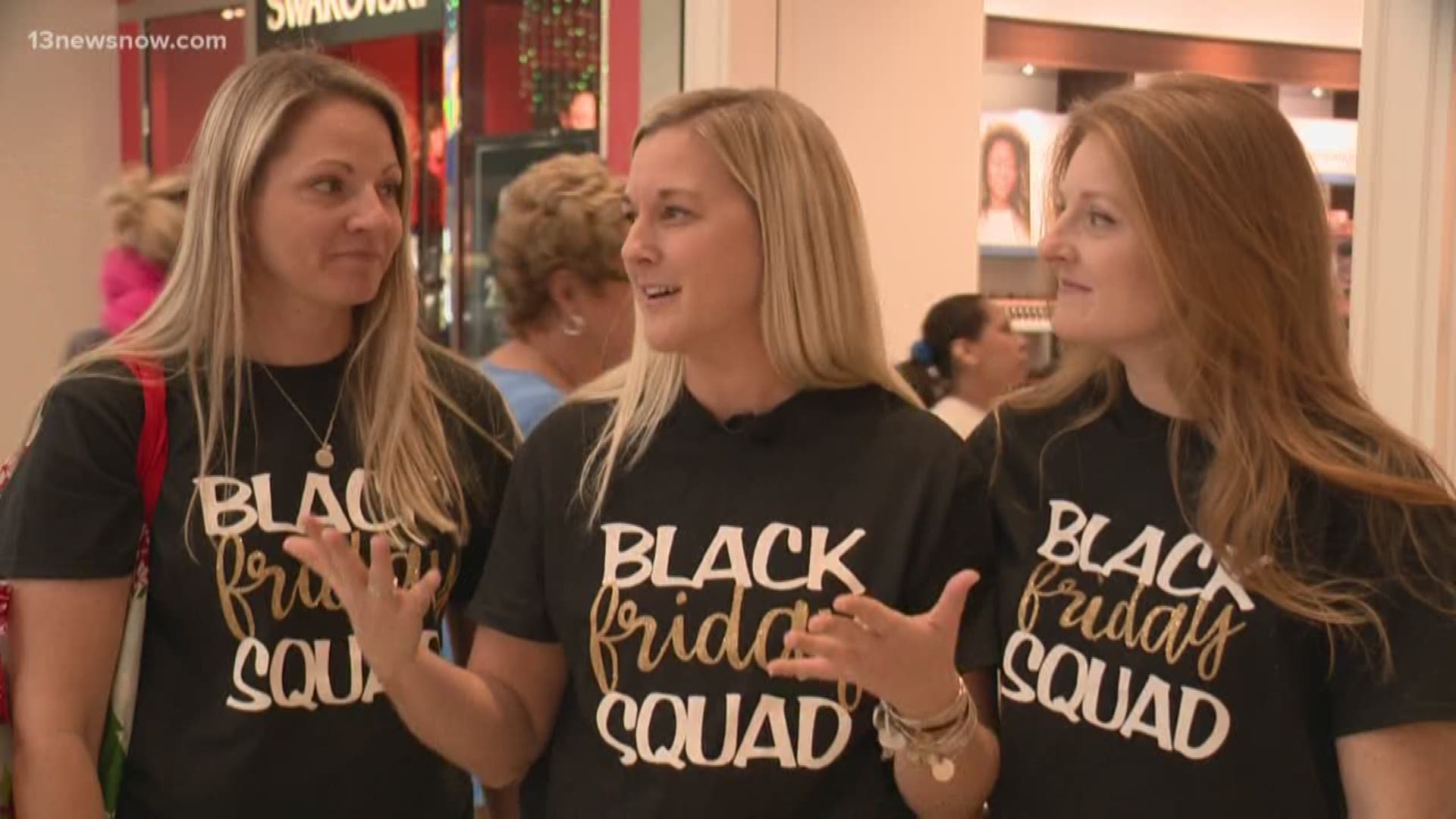 VIRGINIA BEACH, Va. — The big deals and sales brought people out of their food coma and to stores across Hampton Roads.

Shoppers packed Lynnhaven Mall all day on Friday to score the best price.

“You have to have a little sparkle in your shopping,” explained Courtney Ryan.

RELATED: Holiday shopping: Know these return policies before you buy

“We just roped her in last year, she was anti-black Friday, but we have been going for years, like since we were 12,” explained Ryan.

Stores across Hampton Roads were packed with thousands of people, waiting in the line for the best sales. People said the stores weren’t as crowded as they thought.

She said it’s all about having fun and spending time with loved ones.

“That’s what the holidays are about buying things for your family. Going out and just spending time together and it’s fun to do it and I love spending her money whether it’s for me or not, it’s fun to throw things in the bag,” she said.

RELATED: Holiday season can trigger a relapse for those in recovery