City Council said it's moving forwardwith the legal process of relocating the statue that has stood at the Old Princess Anne County Courthouse since the early 1900s. 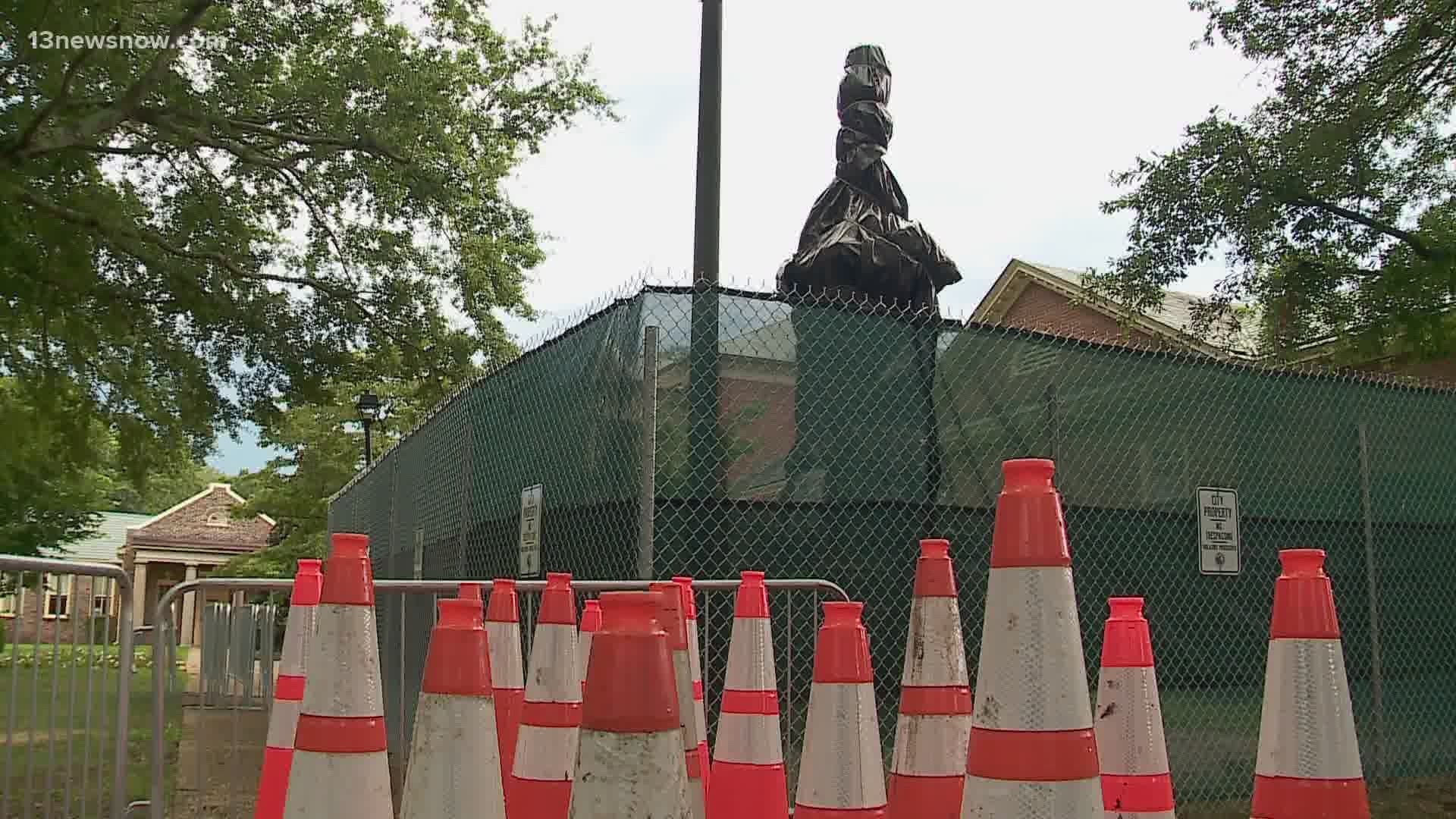 VIRGINIA BEACH, Va. — Virginia Beach is the latest city that will begin the process of removing its Confederate monument.

The 27-foot statue of a Confederate soldier has stood at the Old Princess Anne County Courthouse since the early 1900s. Following recent protests and acts of vandalism at other Confederate monuments, the monument was completely covered and a locked gate was erected around the statue.

City Council is now moving forward with the legal process of removing and relocating the statue.

Council held a public hearing, as required by law, on Thursday, after which council members voted unanimously to remove the monument.

The statue is expected to be removed within a week and will be kept in storage while City Council solicits proposals from museums and other organizations that may want to take possession of the monument.

In a news release put out before Thursday's public hearing, the city said it's working to identify private property to relocate the monument and that City Council "is interested in hearing from the community on the matter and is legally bound to consider offers from other interested parties. Therefore, once the Council votes to relocate the statue, it will then invite other interested parties to submit proposals, as required by law. The City Council will evaluate all submittals in making a final relocation decision."

At the public hearing, some community members were in favor of removing the Confederate monument and the statue atop it.

"They’re not veterans, they are not heroes, they are traitors and we need to take down these statues honoring American traitors," said one speaker.

Tammy Hugate agreed the Confederate monument should be removed and placed in another location.

"Just take it out of the equation completely and have it in a safer destination, to where people who do honor it can go to and it can be away from the conflict," said Hugate.