The shooting happened in the parking lot of the Pembroke East Shoppes shopping center, across from Virginia Beach Town Center. 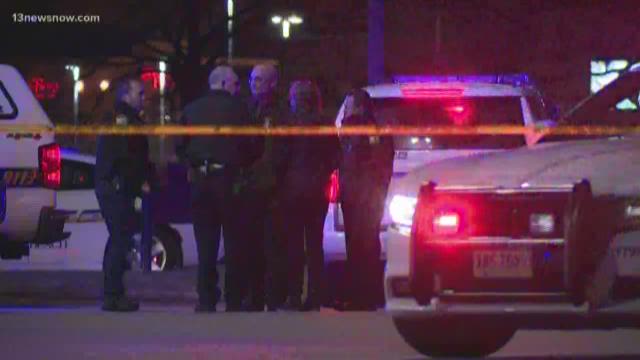 Police have named the man who was shot and killed at a shopping center across from Virginia Beach Town Center on Friday evening.

Police say the shooting happened near the intersection of Constitution Drive and Virginia Beach Boulevard around 6:14 p.m.

Arriving officers found 37-year-old Brian Orlando Hicks with a gunshot wound in the parking lot of the Pembroke East Shoppes shopping center. He was pronounced dead at the scene.

Based on a preliminary investigation, police say there was a confrontation between two men in the parking when one man pulled out a gun and shot the other.

The shooter remained at the scene and waited for police to arrive.  He has been taken into custody for questioning.

The investigation is still ongoing. If you have any information that can help police, you're asked to call the Crime Line at 1-888-LOCK-U-UP.