Police said two adults and a baby were shot during the incident. They are still searching for Tanell Platt, 20, who they believe was involved. 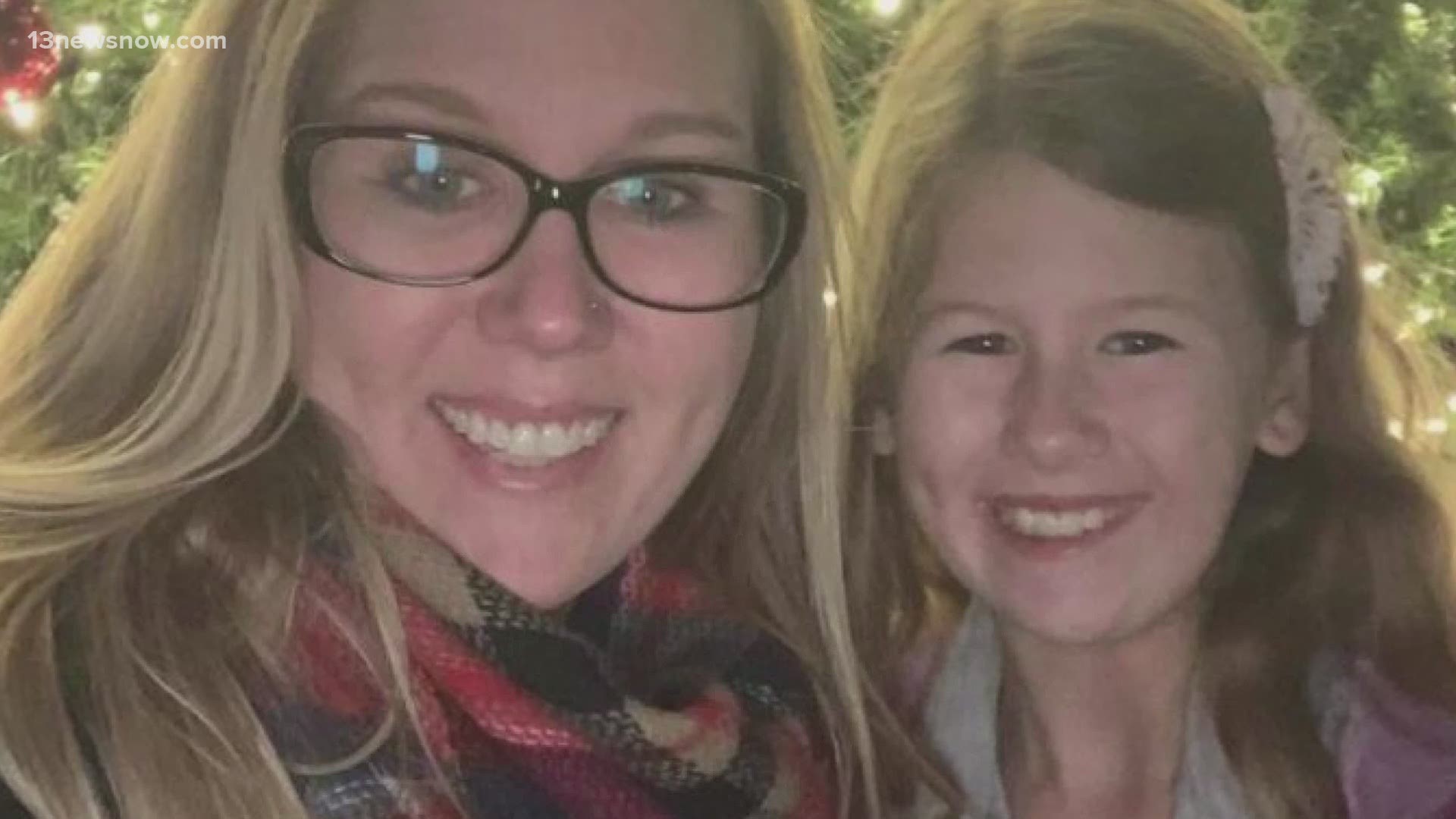 Police said two adults and a baby were shot during the incident. They are still searching for Tanell Platt, 20, who they believe was involved.

A fun afternoon with family turned upside down in seconds. Mandie was leaving Dave and Buster’s with her family when she was shot.

“I turn on Lynnhaven Parkway and I feel a very throbbing pain on the right side of my neck,” Mandie said.

She said a gunshot flew through her car as she was leaving the Lynnhaven Mall area, with her daughter in the backseat.

“Through a middle headrest in my backseat, hit my neck, came out my chin and hit the driver’s side front windshield,” Mandie said.

Frozen in shock, Mandie pulled over and said she saw a car drive past her.

“There was a person in the passenger seat, he had his arm outside of the window,” Mandie said. “He was holding a handgun and he was just shooting aimlessly.”

Mandie’s mother Jackie and nephew were in the car behind her.

“She doesn’t have paid time off work, she just found out the vehicle is going to be totaled,” Mandie’s friend Amber said.

Mandie is a single mom, working and going to college full time. Her friend Amber said Mandie is always doing what she can to help others, so she started a GoFundMe to help her out this time around. She said the community has donated over $6,000, so far.

“So touched by the amount of people who donated, reached out, and prayed,” Amber said.

“I could have died that day,” Mandie said. “It was a freak thing that happened that day, but I don’t hold any anger to the people who did it.”

Still, the family said they will feel safer once someone is behind bars.

“You don’t just walk away from this. It doesn’t work that way,” Jackie said. “So I will be glad when they find them.”

Virginia Beach Police said there are no updates to the case at this time. They say Tanell Platt is wanted for three counts of felonious assault.