The people have spoken, and the ferrets have been named. 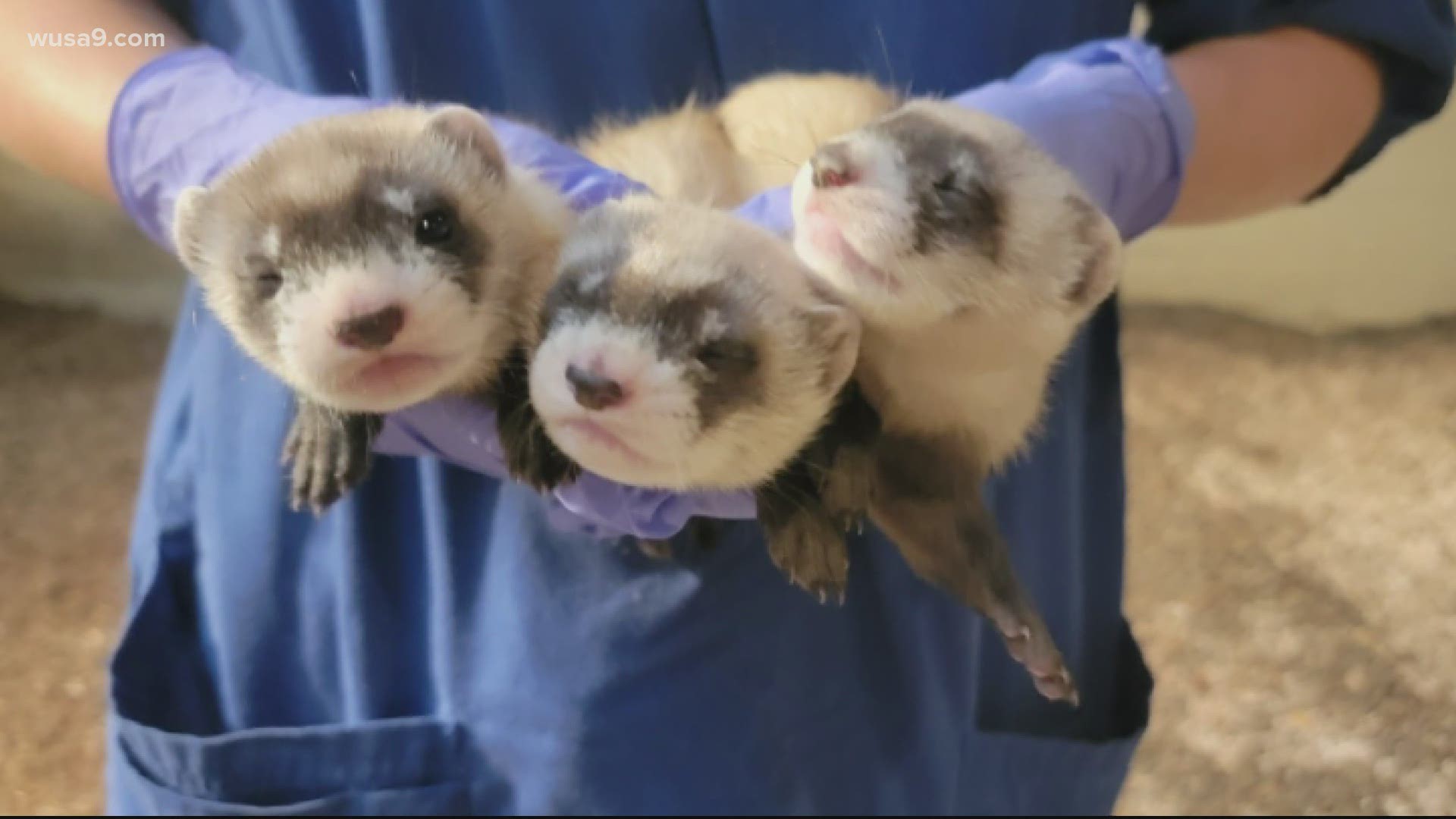 The winning names were chosen by vote from a group of nine total names.

Smithsonian Conservation Biology Institute biologist Adrienne Crosier said in a release that the three kits have started developing personalities, so the timing is perfect.

Aster seems to be the quietest of the three, but is curious and loves to play with her brothers, Crosier said. Swifty is very feisty and vocal. His brother, Aspen, is much more relaxed and tends to stick close to Potpie most of the time, the Smithsonian said.

The naming comes at an important time to celebrate the black-footed ferret, which scientists at the zoo thought were once extinct.

“This September marks the 40th anniversary of the discovery of a small population of black-footed ferrets, whom we thought were extinct at that time,” said Will Pitt.