Justin Hinds was a member of the U.S. Marine Corps stationed at Camp Lejeune in Jacksonville. 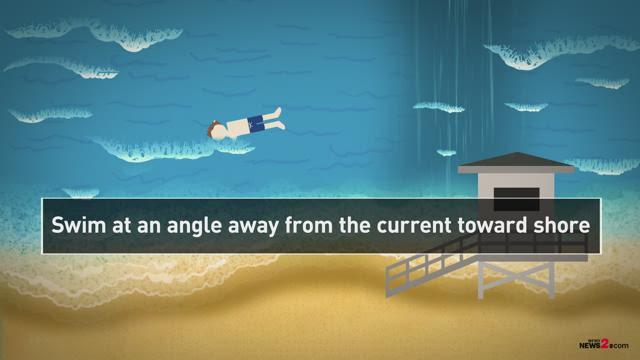 He was pronounced dead at a local hospital.

Investigators have not said if Hinds was caught in a rip current, although yellow flags were displayed on the beach on Saturday, indicating a moderate risk of strong currents.

Statement from Camp Lejeune on the death of Lance Cpl. Justin Hinds:

“The sudden loss of LCpl Hinds is absolutely devastating for the entire command,” said Col Scott Conway, commanding officer, H&S Battalion. “Our heartfelt sympathies and prayers are with his family, friends, and fellow Marines during this difficult time. My sincere hope is that his loved ones can take some comfort knowing what a profound impact he had on those with whom he served. He will be missed.”

Hinds' death is the fourth drowning on the North Carolina coast so far this year.

A Chapel Hill man was found dead April 25 in the surf near the boardwalk at Carolina Beach, and two Wake Forest High School students got caught in a rip current April 22 off Emerald Isle.

Date of Student Who Died in Emerald Isle Surf Not Allowed at Prom, School System Says