It started with a Nextdoor post, now the donations won't stop pouring in. 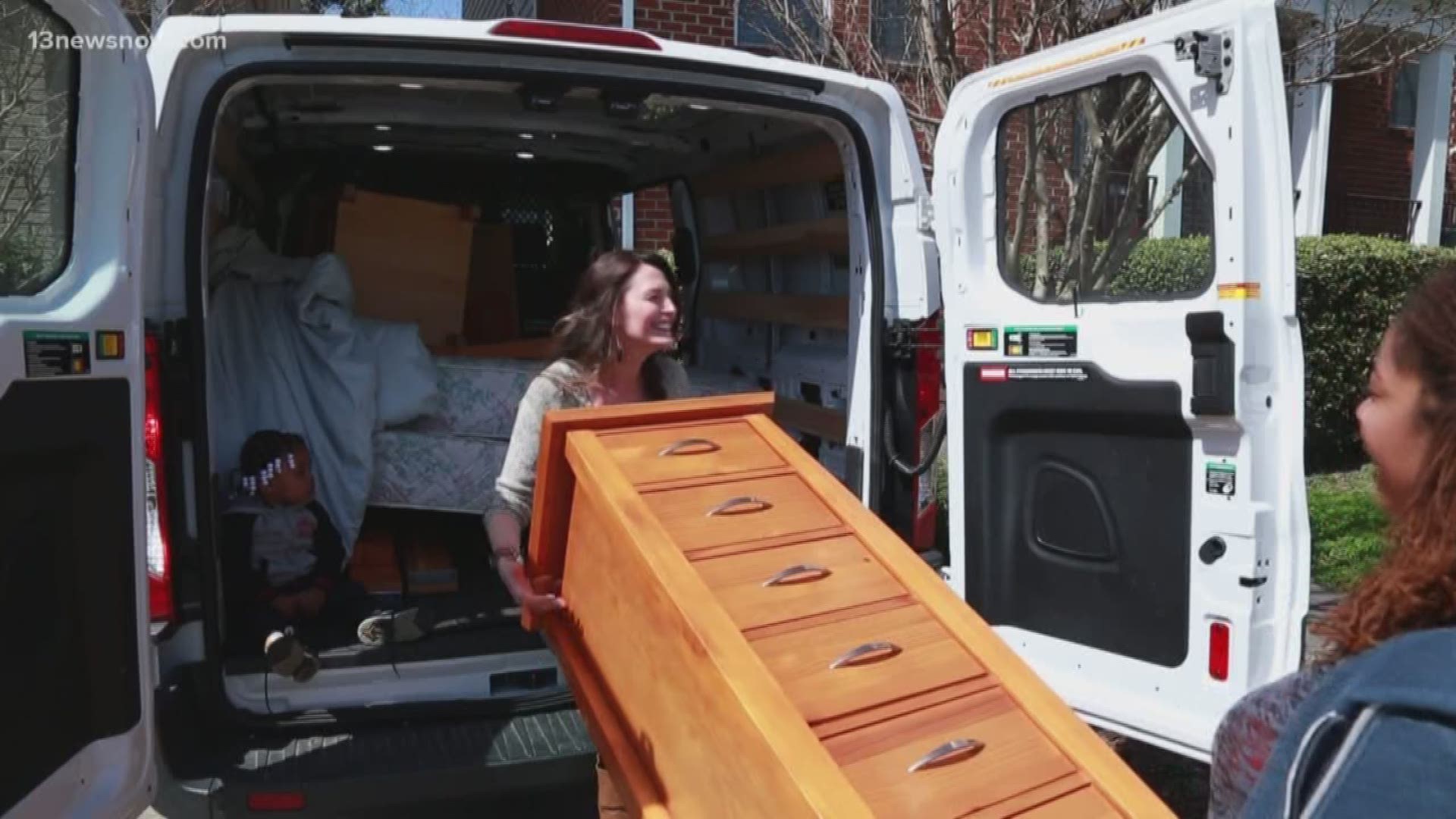 NORFOLK, Va. — A survivor of sex trafficking has moved into a completely furnished home, thanks to the generosity of neighbors in the Ghent, West Ghent, and Larchmont Neighborhoods.

It all started with Tiffany McGee. She’s the founder of Survivor Ventures, an organization that helps human trafficking survivors recover.

McGee helped her client move into a three bedroom home with her children, but it was empty.

She decided to reach out to her neighbors for help.

“I just wanted to make sure that her house felt like a home and that we had furniture for all the rooms,” said McGee. “So I just posted it on Nextdoor. I thought I'd get a couple of chairs.”

She was wrong. Her Nextdoor post exploded with comments from neighbors offering up furniture, appliances, and everything else needed to turn the house into a home.

The response was so great, McGee has been running from house to house, picking up donations from neighbors.

“I cannot believe the generosity of our neighbors,” said McGee.

Her client, who asked not to be named, said she is still struggling to process the traumatic years she endured under her perpetrator. She spent years going from state to state until she finally decided to break free.

“I kinda just ran. I ran here to Virginia,” said the survivor.

Even after she and her children escaped, their lives remained difficult.

“I became homeless and it started to spiral again. We were everywhere. At one point we lived in my car,” said the survivor.

Now, she gets a new start. McGee has been working around the clock to get her settled in and help her find a job.

Her client fought tears as she tried to express her gratitude.

“You can't do anything by yourself,” she said.

She said she hopes her story will encourage more people to help victims of sex trafficking.

“You never know what another person is going through or why they don't have help,” said the survivor.

On Tuesday afternoon, McGee and her team picked up the final piece of the puzzle needed to complete the home. It was a mattress and an entire bedroom set.

The survivor thanked the donor over and over, in awe of her generosity. Once she gets back on her feet her hope is to work alongside McGee to help other victims like her become survivors.

For now, she has a message for victims out there. Words that helped her overcome.